Imagine the Amazing Potential of Seinfeld and Social Media

Ahhhh, remember Seinfeld? If you can’t it’s probably on TV right now. But in case you’re not near a TV, think back to Seinfeld‘s heyday, when phones and computers looked … like they do in the picture above. Some very smart people over at C-Section Comics were wondering what Seinfeld would have been like had there been all the social media and technology that we have today. What happened next was a series of comics that really make us wonder what could have been. Or what could have been perfect, because, seriously — what better show to talk about social media than the show that was about nothing?

While that joke in the first panel is clearly a Banya joke, we think you’ll find the rest to be fitting the Seinfeldian tone. 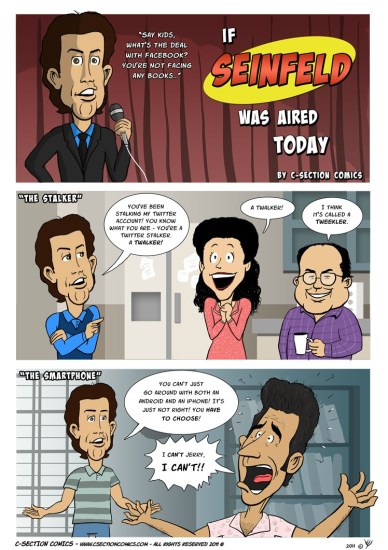 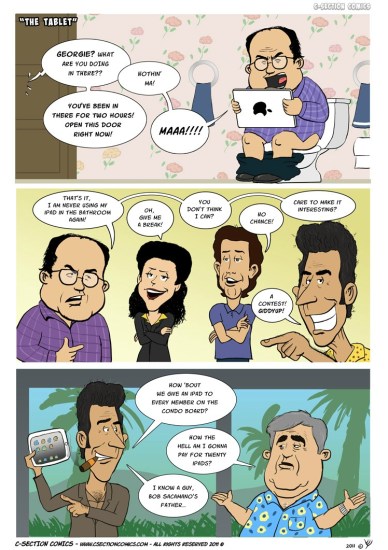 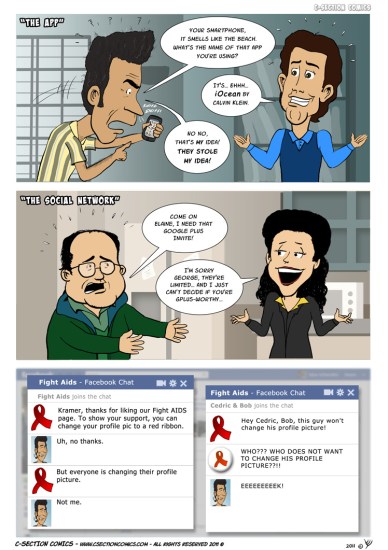