Sonic Goes Retro for 25th Anniversary, May Be Getting a Surprise New Game 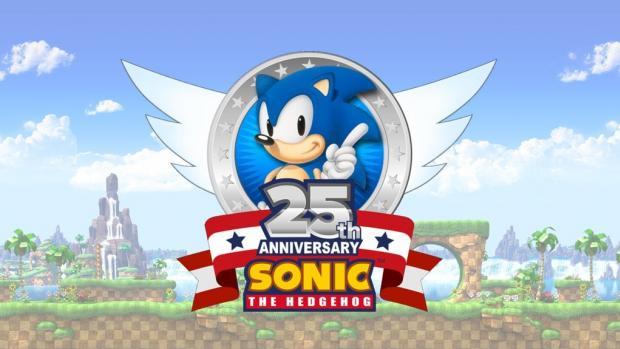 With Sega’s attempt at revamping Sonic the Hedgehog with “Sonic Boom” games and TV shows not going so well, it’s refreshing to see the gaming company bring the character back to his retro roots with his 25th anniversary logo. Yes, Sonic is 25 in 2016, and it seems there may be a previously unknown Sonic game on the way.

For the logo, they’ve gone with the modern, less “edgy,” more adorable version of classic Sonic that was used in Sonic Generations and a background using Sonic the Hedgehog‘s first level, Green Hill Zone. Here’s the logo from the original Genesis game for comparison: 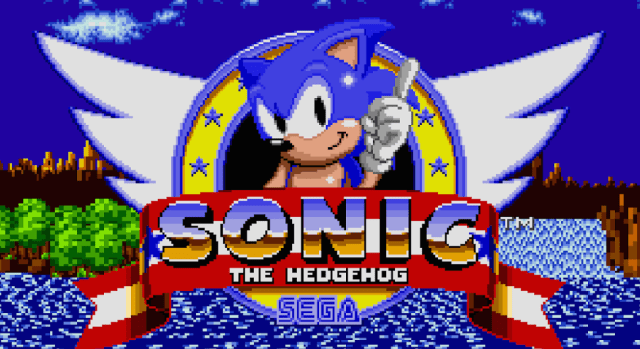 A throwback logo is hardly the most exciting thing to come out of Sonic’s 25th year, though. There are also rumblings that a new Sonic game is on the way in addition to the Sonic Boom title already slated for Nintendo’s 3DS. Johnny Gioeli, lead singer of Crush 40, a band that’s been doing Sonic music for Sega since Sonic 3, posted on his Facebook page:

What makes it seem like this is news of an unannounced title is that the status was later removed with no explanation—something that generally doesn’t happen unless information has been leaked. As for what form the new game may take, current speculation suggests a remake of Sonic the Hedgehog in the style of the new logo, but that could be entirely off the mark with so little to go on.

On the other hand, that would be the easiest quick pivot out of Sonic Boom until a more substantial new Sonic can come about, and it would be easier to hide this close to its release than the development of a huge new Sonic game. It would be a little underwhelming for an “anniversary game,” though, but that’s to be expected with any Sonic Boom plans likely being rethought. Let’s just hope it goes better than the last time Sega took Sonic retro with Sonic 4 and its decidedly un-Sonic physics. What kind of Sonic game would you like to see?