Sega Wants to Make Sonic Good Again and Win Back Fans, We Cross Everything Available 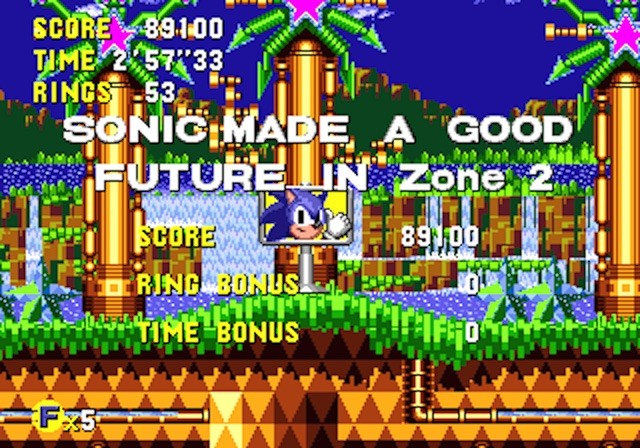 Yes, young gamers, gather ’round and hear the story of how once, Mario and Sonic were direct, formidable competitors for the king of video games. However, when Mario made the (triple) jump to 3D, his gameplay evolved and set a new standard, whereas Sonic struggled to find a successful formula that fit that extra dimension. Now, after a string of lackluster releases and a fall from grace, Sega wants to make Sonic games good again and win back lost fans.

That’s what Chris Olson, chief operating officer of Sega’s mobile division, Sega Networks, told Polygon when talking about fan disappointment in recent Sonic releases. The franchise was supposed to be revitalized (and rebranded) with Sonic Boom—both a game franchise and a TV show aimed at kids—but reception wasn’t quite what the former juggernaut gaming company had hoped. In going for that younger audience, they were underserving long-time fans, and it wound up hurting in the end.

Olson said, “There’s still a very large-sized audience with old-school Sonic fans who grew up with the Genesis,” and that the series’ new direction, “didn’t hit the mark.” He added that, “[Sega has] an obligation to the fans of Sonic and the consumer,” and that they’d try to mix future efforts to shake up the franchise with a focus on quality.

But that leaves the troubling question: “How do you make a good modern Sonic game?” There have been good 2D Sonic games on newer consoles, though Sega has even managed to stumble on that front, getting the physics—the thing 2D Sonic games are built on—completely wrong in the side-scrolling Sonic the Hedgehog 4.

I don’t know how you make a “good” 3D Sonic game, but I do know that I haven’t played one yet—and I liked Sonic Adventure and Sonic Adventure 2. Sadly, that doesn’t make them great games. They satisfied my fanboy dreams (I was a Genesis kid through and through largely because of Sonic), but they tried to take Sonic’s 2D gameplay and port it to 3D, which had an uneven result at best. When they did deviate and try new things through different characters playing by different rules, these sections felt more like gimmicky (sometimes even annoying) side quests.

Oddly, the thing I think needs to change about the Sonic franchise is the gameplay, not the attitude or storytelling. Super Mario 64 was a completely different kind of game than the side-scrollers that came before it, and its sense of exploration as opposed to precision platforming was what made it such a huge success. If Sega wants to finally usher in an era of 3D Sonic games that really wow fans and produce games that would be legitimately good whether they had Sonic’s name behind them or not, they’re going to have to try a different kind of gameplay for the blue blur.

When I’ve expressed this idea to other longtime Sonic fans, I’ve been met with resistance. I’ve been told that Sonic is all about the gameplay of his 2D iterations, and changing that would ruin everything. But unless Sega is going to just make 2D Sonic games forever—and they’re not—that already has been changed, and what we have to do now is make the best of it. That’s the only way for Sonic to make a good future.

(via Polygon, image via Sega)