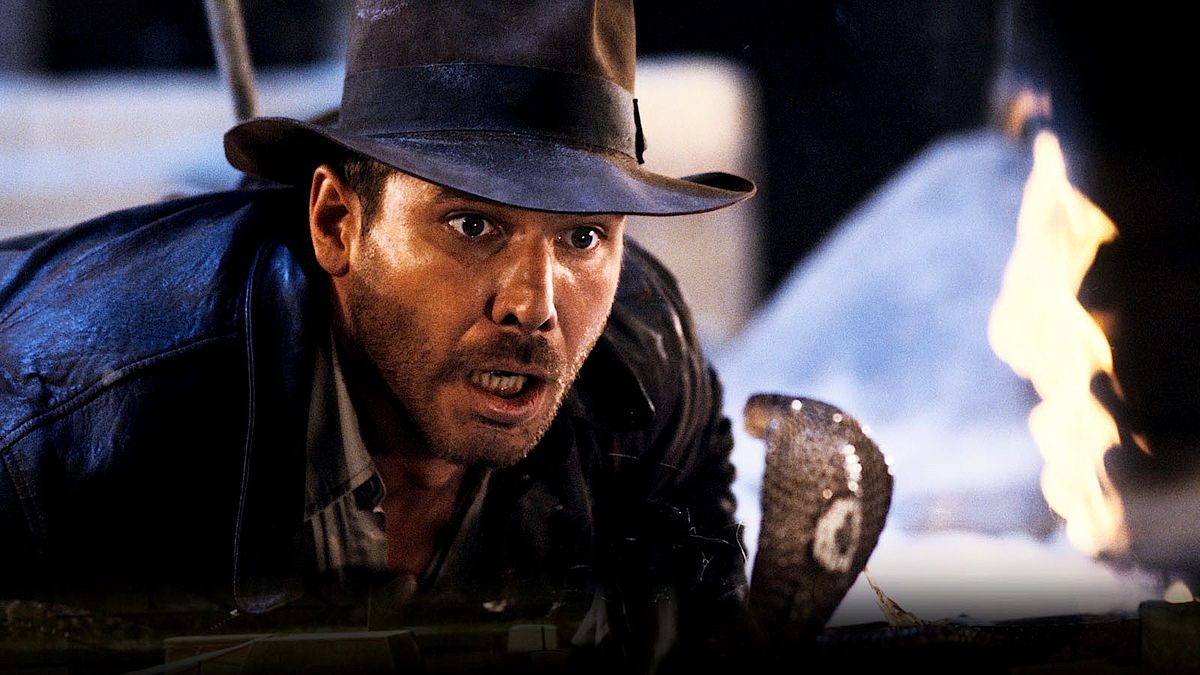 Getting to see Raiders of the Lost Ark in theaters was an interesting experience. I’ve loved the Indiana Jones movies for as long as I can remember. I grew up loving Harrison Ford and wanting to swing from a whip and punch Nazis. I still want to do both those things and also wear my fun Indy inspired hat that I bought to feel fashionable and like my favorite archeologist.

Hearing the gunshots and how different they are in a theater was jarring and as someone who also hates snakes, that scene when they are getting the Ark of the Covenant and Indy is thrust into a world of snakes was about ten times worse than normal. “I hate snakes” me and Indiana Jones.

But the problem with being a lifelong Indiana Jones fan and only being 29 years old is that I have only ever seen Indiana Jones and the Kingdom of the Crystal Skull in theaters. Last Crusade (my favorite one) came out two and a half years before I was born, so I just lived with my love of Indy but on smaller screens. Getting to see him on the big screen in all that glory, watching Marion Ravenwood hold her own against some of Indy’s greatest foes? All of it thrilled me.

All of this though leads into my excitement for Indiana Jones 5 and what we have coming for us. Harrison Ford coming back as Indiana Jones after all these years still weirdly means a lot to me. The Daily Mail has pictures of Harrison Ford’s stunt double carrying around a mask that looks like a…well, younger Harrison Ford. And with a Nazi carrier engine being spotted on set, we can probably assume that we’re going to at least see Indy punching some Nazis again and that’s all I really wanted out of this movie.

I was okay with the idea that we weren’t going to get another Indiana Jones movie after Kingdom of the Crystal Skull. I had accepted that. But when they announced a new movie, especially after the last five years we had, all I wanted was for Indy to come back swinging and taking on the Nazis with ease. Knowing that I’m getting that and with a cast that includes Mads Mikkelsen, Phoebe Waller-Bridge, Boyd Holbrook, and Shaunette Reneé Wilson? I cannot wait!