Seeing Is Believing: Just Looking At Ants, Bug Bites Can Make You Itch 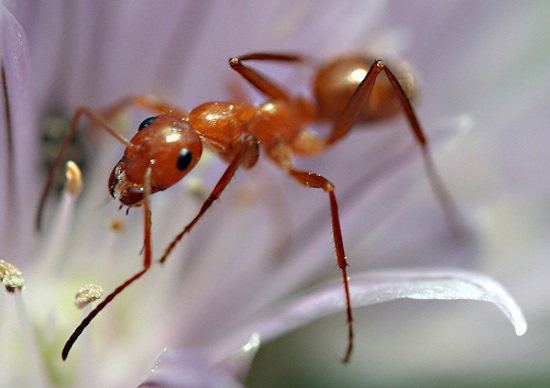 Does the picture above make your skin crawl? You’re not alone. A recent study conducted by the University of Manchester found that visual cues — such as being shown an image of an ant or a bug bite — can provoke an itch response in people, even if they haven’t felt a thing. In fact, you may not even need to see the itch-inducing stimulus, as the same study found that just seeing another person scratch can make viewers feel that they also have an itch to scratch, suggesting that itching, like yawning, may be a socially contagious response.

A small group of test subjects were shown neutral pictures, like butterflies, as well as images connected to things connected to an itch response, like ants or insect bites. While pictures of butterflies didn’t generally set people to scratching, photographs of bug bites were found to leave people with an itchy sensation, even if the real thing was nowhere to be found. Just the visual stimulus was often enough to provoke an itchy feeling and a scratch response in subjects.

The research team also found that while seeing itch-inducing images made people feel consciously itchy, seeing someone scratch themselves had a more subtle effect on test subjects. On seeing another person in the room scratch themselves, people were likely to start subconsciously scratching their own skin, even if they did not report feeling itchy.

Researchers hope this study and others like it will lead to new treatments for people who have chronic itching problems like eczema by helping them understand the mechanisms behind psychosomatic itching. As a further (less than scientific) supplement to this research, we can confirm that just writing about this subject is also enough to make you, like, really, really itchy. Ugh.