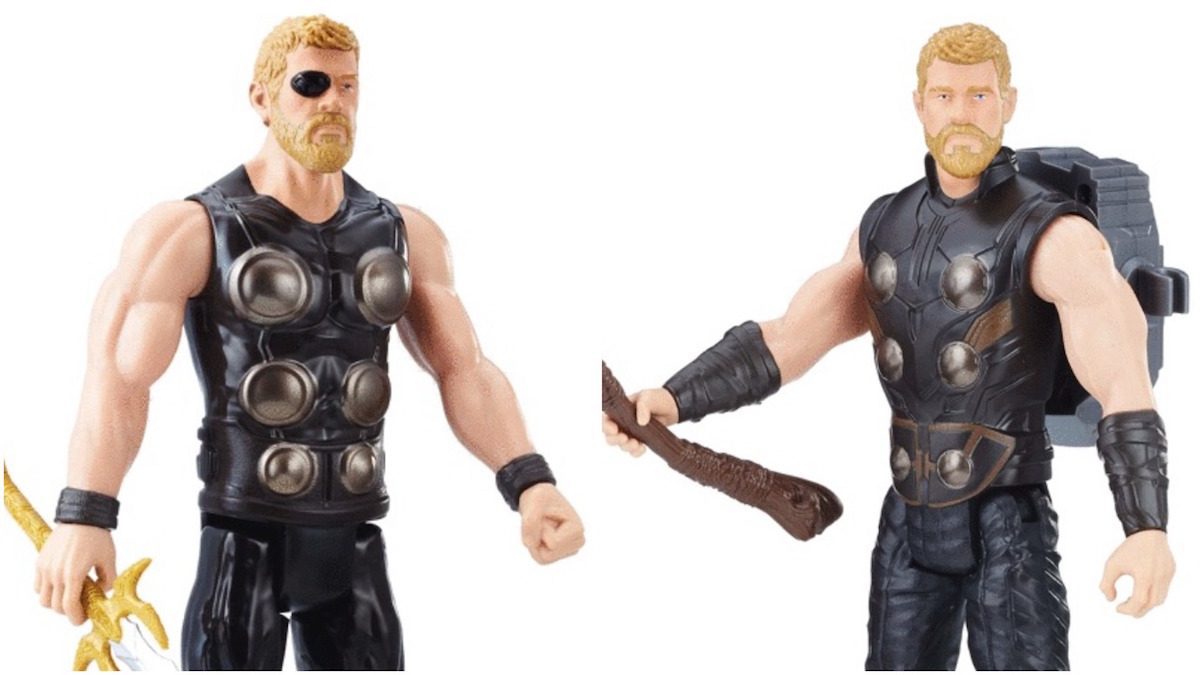 Infinity War merch is hitting shelves on Friday. We finally have a look at official versions of the film’s toys, and they are very interesting. Very interesting indeed.

Yahoo has a detailed run-down of what’s coming out of the Disney/Hasbro/Funko shops, so I’m going to zoom in on my favorites here and the toys that seem most revelatory.

Remember that leak of translated-from-Russian LEGO sets back in December? They appear to have been legit, only now we have the benefit of getting to see the actual boxes (and descriptions in English). 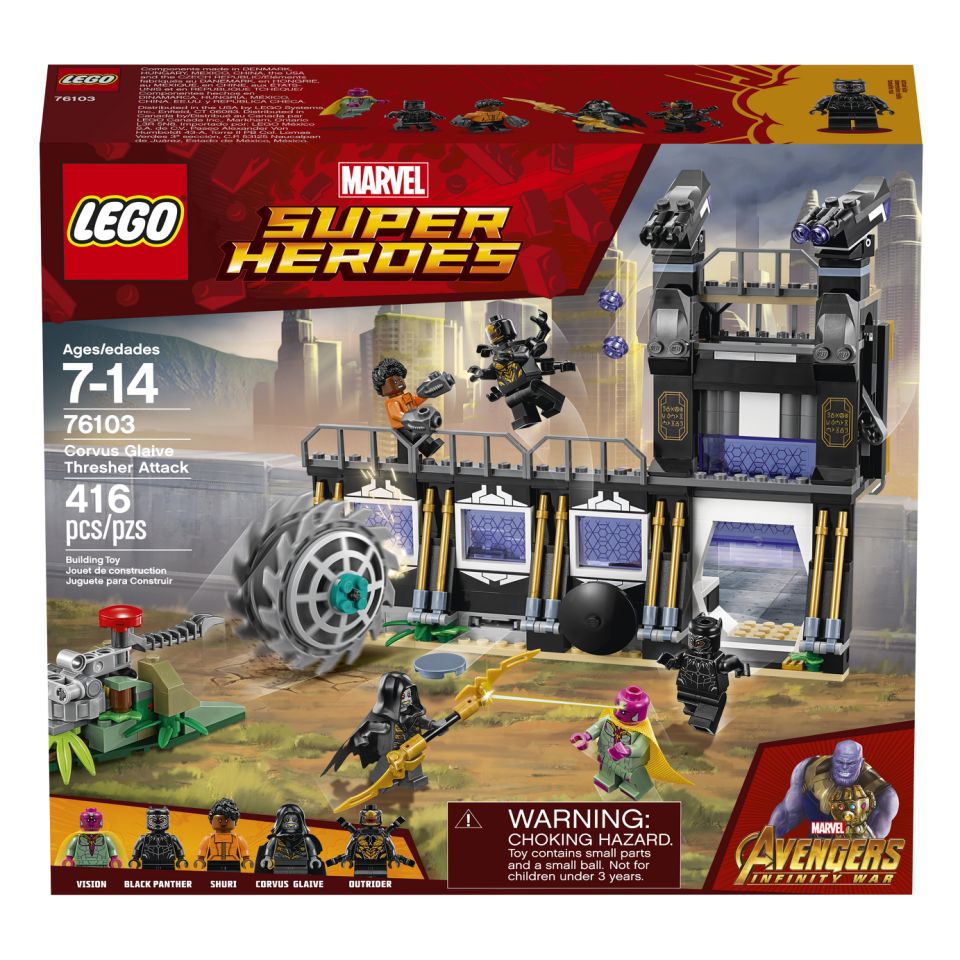 First of all, LEGO Shuri is EVERYTHING. Secondly, as I mentioned back when these sets leaked, if this takes after an actual movie scene, Shuri is trying to use her brilliance to remove the Mind Stone from Vision’s forehead so that he doesn’t get destroyed in Thanos’ quest for it. And Vision’s probably going to need some additional saving by LEGO T’Challa, who appears to be running to his rescue. 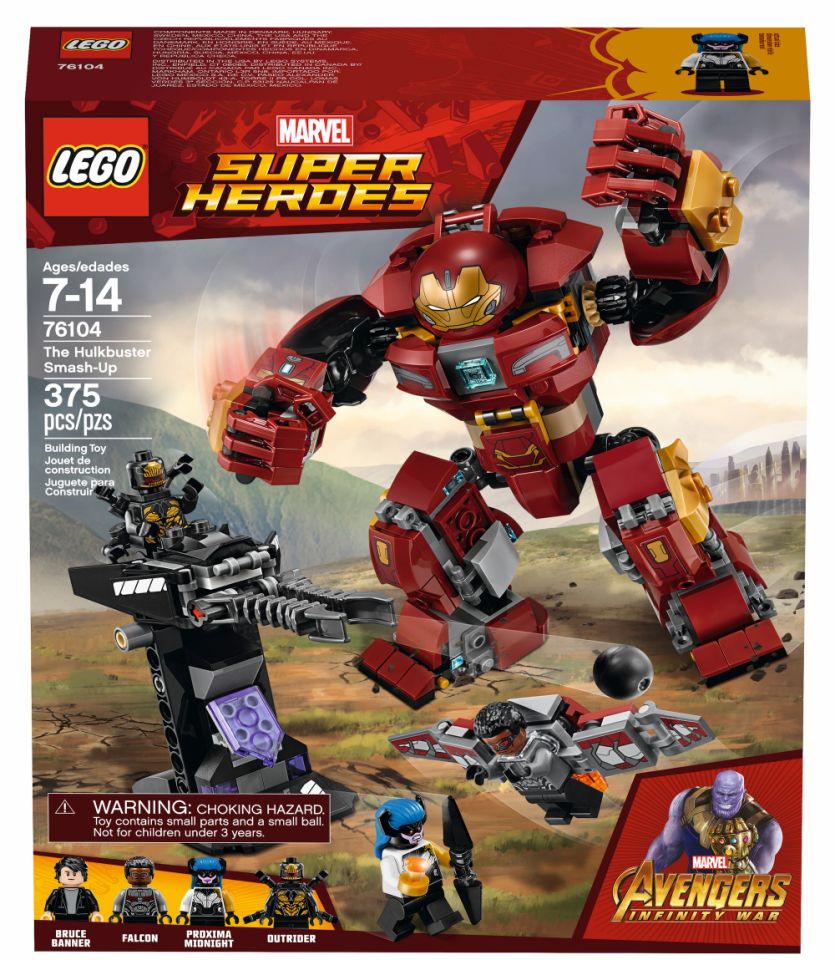 Main takeaway here? As we’ve all speculated before, the person in the Hulkbuster armor is Bruce Banner. INTERESTING. In Thor: Ragnarok, Bruce is struggling with the Hulk transformations and says that if he Hulks out, Banner could be gone for good (spoiler alert: he Hulks out to beat up a zombie wolf). But he somehow makes it back to being Bruce in Infinity War, so maybe the problem becomes an inability to access the Hulk. Bruce could use the armor to help his friends fight. 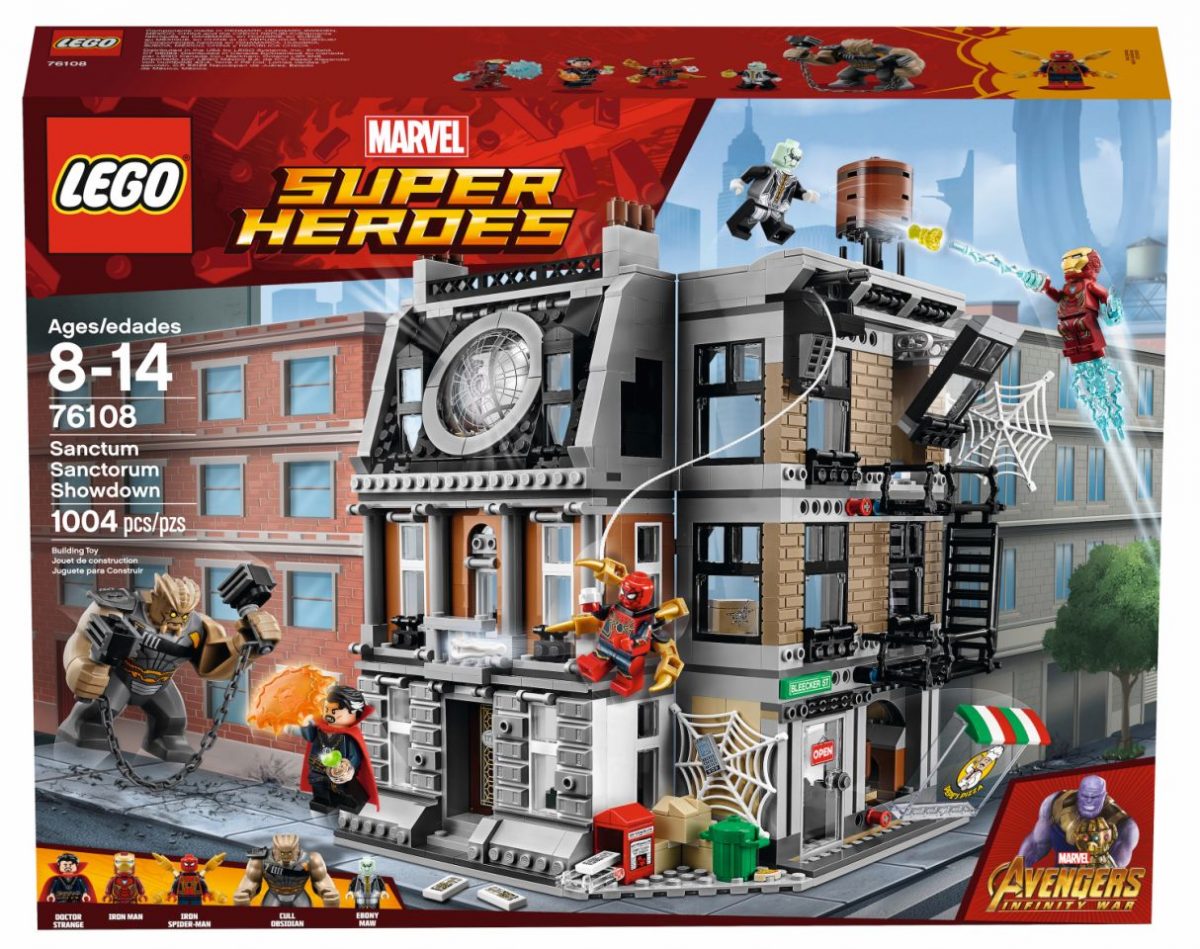 I’m not gonna lie, I’m not much of a Doctor Strange gal but this LEGO Sanctum Sanctorum is freaking amazing. As we’ve seen in the trailers, Strange, Spidey, and Iron Man seem to be fighting for New York, and the big angry dude Strange is taking on is Cull Obsidian. Meanwhile, Tony has a go at a flying Ebony Maw, and Peter—sorry, that’s Iron Spider to you—makes some webs. Is that a secret escape route through an Italian restaurant?

Speaking of Spidey, here’s a better look at the Iron Spider suit with its mechanized arms out, courtesy of the action figure and Funko Pop! 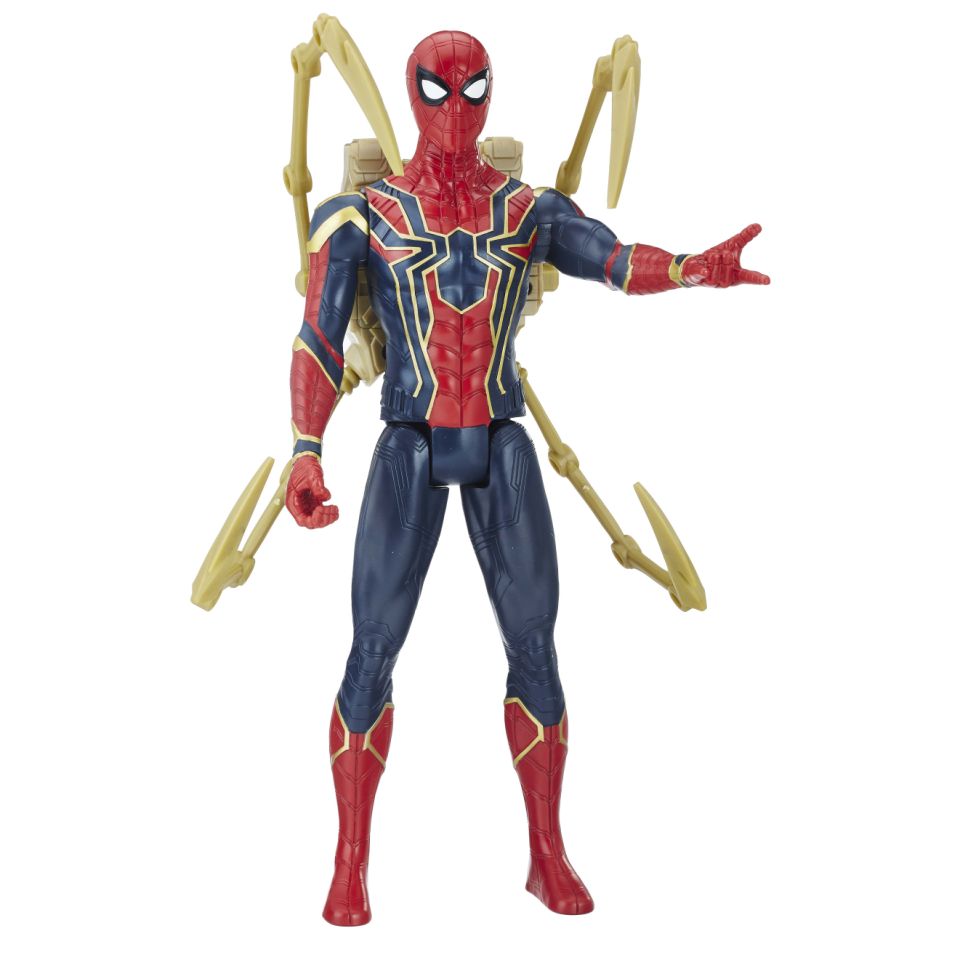 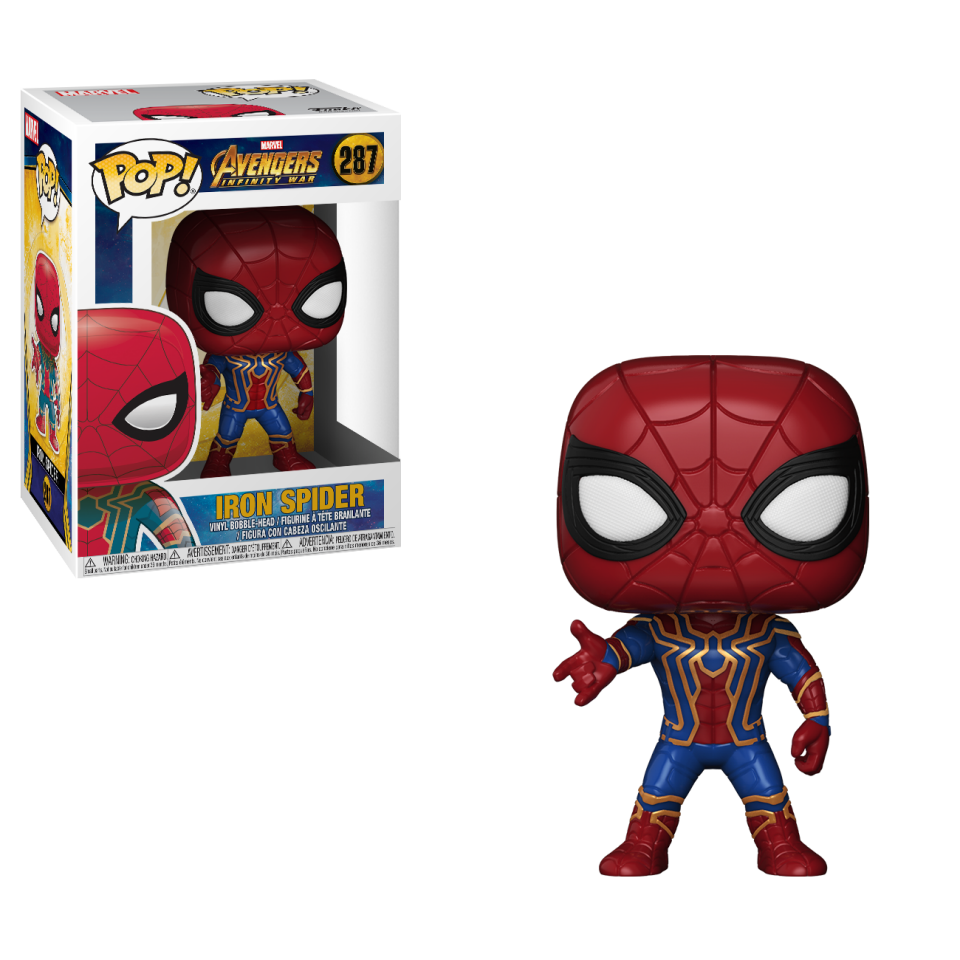 Moving right along, Funko Tony Stark’s got a cannon and he’s not afraid to use it. 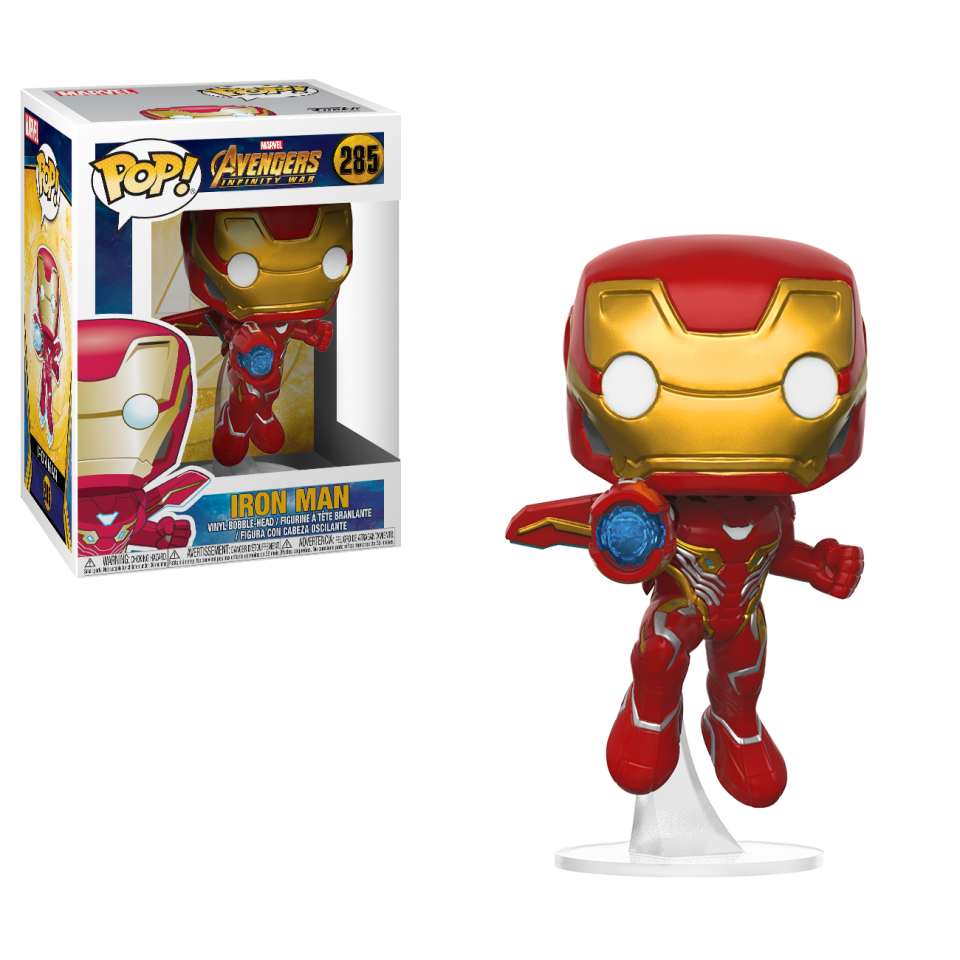 My main man Thor intrigues: not only does he have Stormbreaker the axe in hand when not wielding a sword, but some figures depict him with his lost eye, while others seem to suggest that it gets restored. 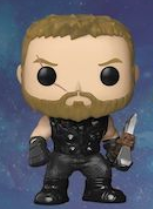 We’ve been seeing this mix on Thor toys, including his Infinity War Funkos, which feature an artful scar but no eyepatch (plus there’re those Vanity Fair photo shoots), so we’ll have to see how this plays out. 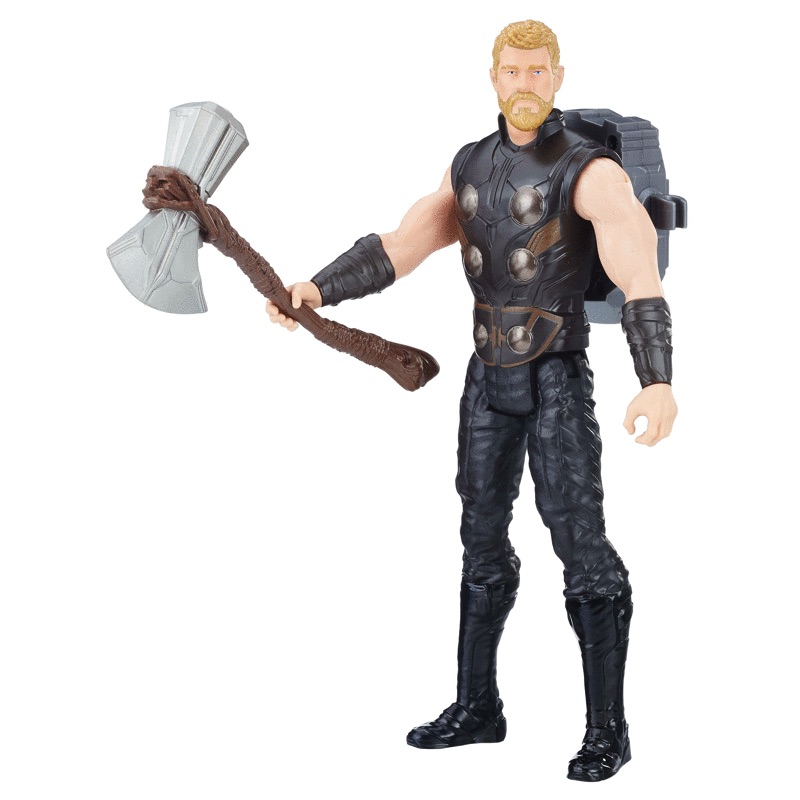 To quote our Marykate Jasper, “This homemade-ass Mjolnir is like Thor doing crafts in school. I love its sadness.”

Meanwhile, Steve Rogers is looking ruggedly, beardedly delicious, rockin’ those rolled-up sleeves and new shield/gauntlet. What do you think—did he blacken that star himself? My money’s on yes. And the spikey hair thing? Working for me. 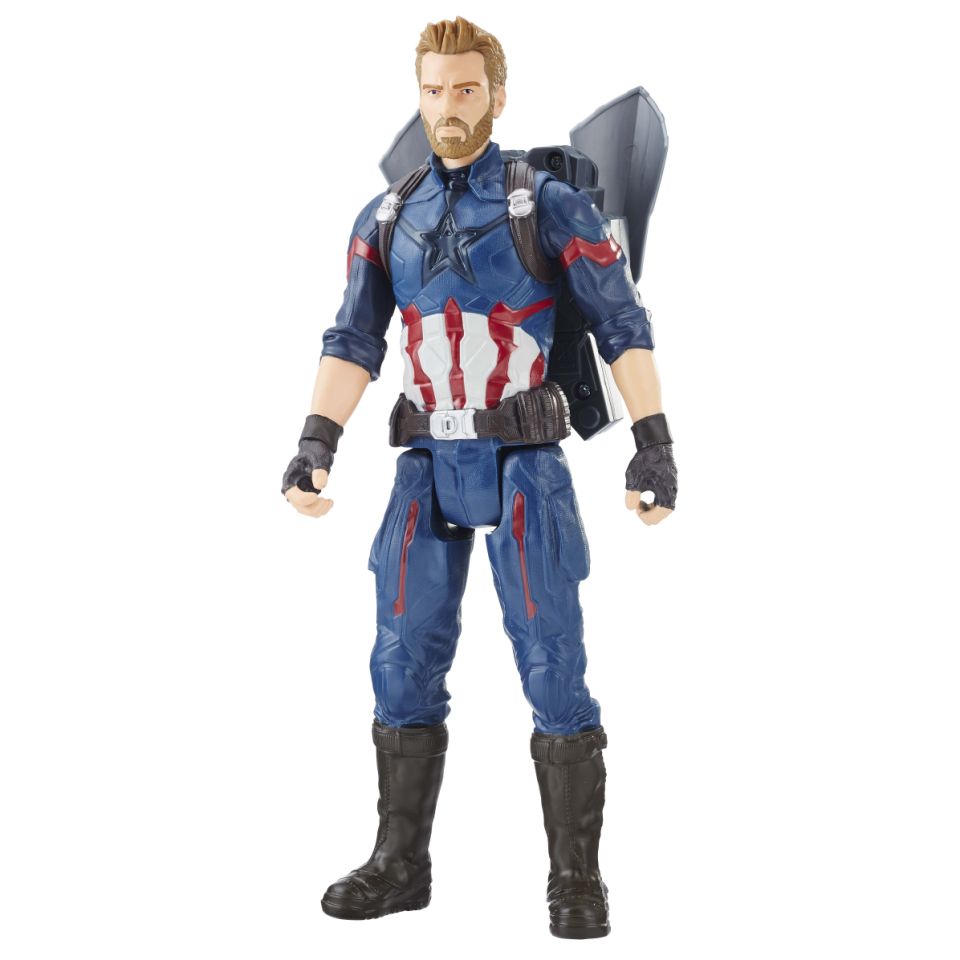 Funko also released pictures of its full upcoming Infinity War line. Some questions, Funko: where the hell is Bucky, where are Okoye, T’Challa, and Shuri, where is Loki (he better be NOT DEAD), and where are the other Guardians beyond Groot?

There seems at least to be a Black Panther and Bucky and a Gamora in the toys below, but—seriously, Funko? You think I’d rather cuddle with a Thanos plushie than with Bucky Barnes? It’s like you don’t know me at all.

I take that back, Funko, I feel called out. Everyone knows that Cap’s Beard and I are in a loving relationship.

You wanted #AvengersInfinityWar reveals, you got them! Enjoy and get ready for so much Bearded Cap. https://t.co/aicRoxBlny 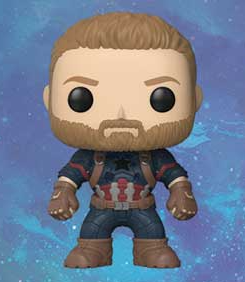 These are some tantalizing looks at the costumes, powers, tech, and even possible movie scenes we’ll be getting in Infinity War. It seems like a lot of marketing is heavy on the villains—Thanos and his main minions—so I’m going to assume the roles they play are pretty significant.

Make sure to check out Yahoo’s article for an in-depth dive into what some of these figures mean, and even more toys. (With beards.)