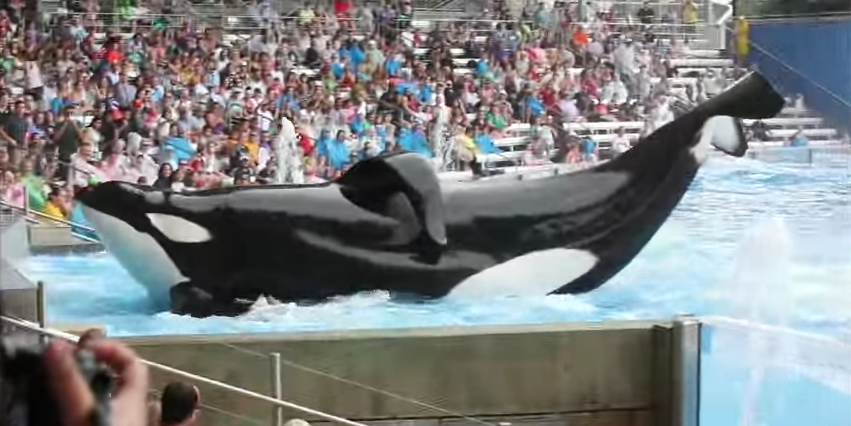 SeaWorld, after huge amounts of backlash for their treatment of their Orcas, are going to “phase out” the Shamu show at their San Diego park. However, it’s unclear whether the orca performances will end at their other locations. The show will be replaced with an “informative” orca experience without the theatrical tricks.

Gabriela Cowperthwaite’s 2013 documentary Blackfish, which brought public scrutiny to the treatment of orca whales in SeaWorld captivity, greatly hurt SeaWorld’s business in partnerships and attendance. Though SeaWorld has called the portrayal “inaccurate and misleading,” the impact of the film was immense, and the pressure to stop their orca shows only increased with Congress and the California Coastal Commission also intervening to prevent the breeding of killer whales.

With California’s Orca Responsibility and Care Advancement Act, there’s clear goal of ending the display of captive orcas. In a statement, SeaWorld states:

While efforts to phase out whales in human care may strike an emotional chord, SeaWorld and other science-based organizations are part of the solution, not the problem. Killer whales at SeaWorld are healthy and thriving and through conservation and rescue efforts as well as significant work to advance the scientific understanding of orcas and other marine mammals, SeaWorld is a leader in protecting and preserving these species.

While the show is ending, I read their statement as saying they’re changing because of upcoming legislation or possible rebranding rather than an acknowledgment of mistreatment. This doesn’t make me hopeful that the show will end in the other locations, but hopefully the efforts in California will influence other states to take similar actions.

(via NY Times, Image via Blackfish)