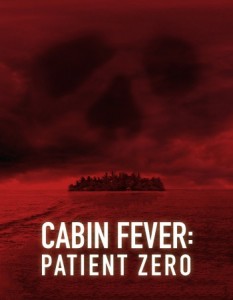 Sean Astin of Lord of The Rings fame will star in Cabin Fever: Patient Zero, a prequel to the wildly successful Eli Roth horror comedy film Cabin Fever. The film will be directed by comic book artist Kaare Andrews. I’m not entirely sure of the impetus behind the reboot (wasn’t Cabin Fever 2 an absolute failure?) but perhaps a fresh take on the franchise is in order! Hit the jump for more details on the plot!

Here’s the plot, according to Hollywood Reporter:

The story kicks off when a bachelor party cruise in the Caribbean unexpectedly runs ashore on a medical-research island and a deadly virus is unleashed. The passengers must struggle to find a way to survive before their own demons and the flesh-eating bacteria consumes them all.

Sean Astin will be joined by Brando Eaton and Ben Hollingsworth, two actors of children’s film fame: Brando starred in Alvin and the Chipmunks: The Squeakquel and  Ben was featured in Diary of a Wimpy Kid: Rodrick Rules. The film will begin shooting Aug. 13 in the Dominican Republic. An additional prequel, Cabin Fever: Outbreak, also seems to be in the works by Indomina, a U.S.- and Dominican Republic-based producer and distributor. There’s no word yet on whether the prequels happen concurrently or whether there is a prequel to the prequel.

Kaare Andrews is best known as an artist, having worked extensively on The Incredible Hulk, Ultimate X-Men and Spider-Man: Reign. He delved into directing with the horror movie Altitude and will continue his foray into the horror genre with this reboot. While I’m interested in how the artistic background of a comic book artist will influence this reboot, I’m more intrigued by how well a group of actors fairly new to this genre will hold up to horror fan’s expectations.