The Play Sea Wall/A Life Will Punch You in the Gut and Fine, Whatever, I Cried 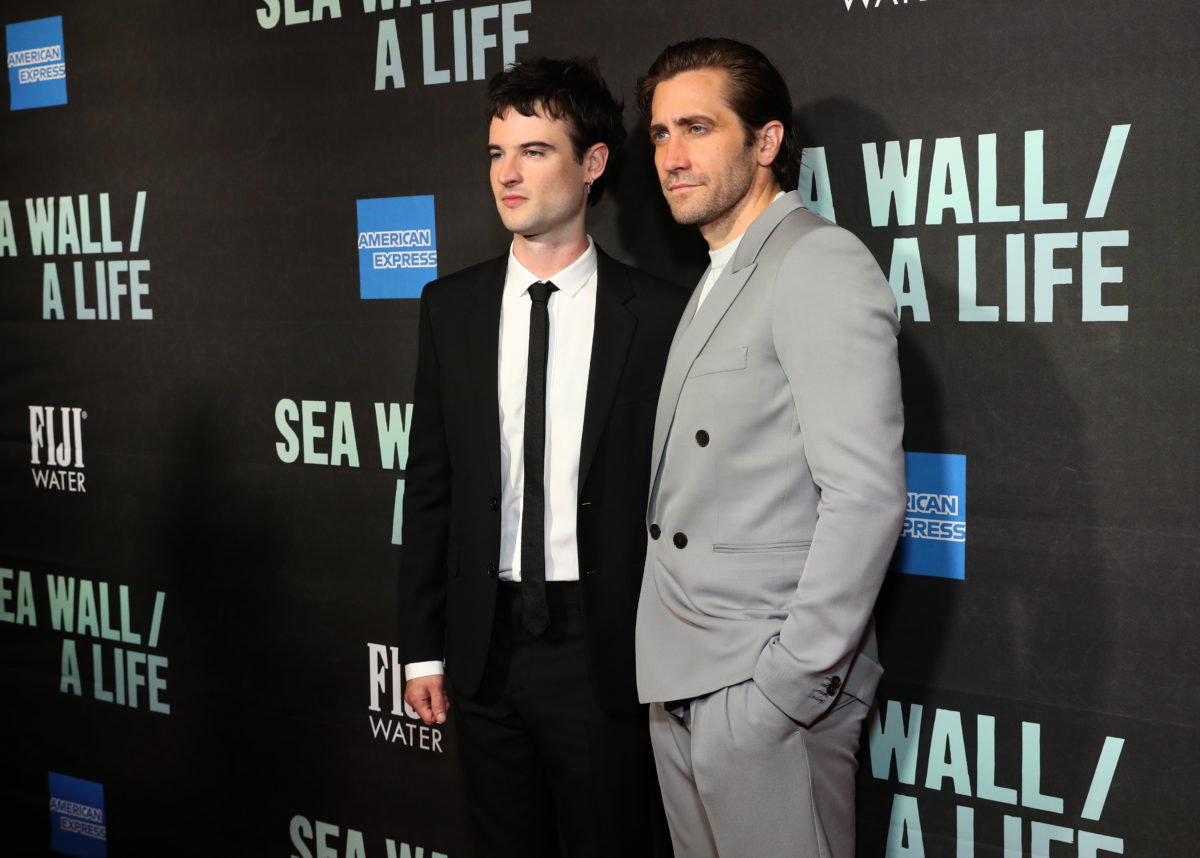 There’s a certain joy seeing live theatre that can never be taken from me. It moves me, allows me to fully cry in a theater filled with hundreds of people—and it lets me experience human emotion in a vital, pressing way that movies and television do on a much smaller scale. When I went to see Sea Wall/A Life at the Hudson Theater on Broadway, I found myself enthralled by stories of grief and the ways it radiates across us. The intimate play looks at two men and their stories. Along the way, they show two very different approaches to life and death.

Sea Wall, a 45-minute one-man play written by Simon Stephens, focuses on the story of Alex (Tom Sturridge). He’s telling a story about his life with his wife, Helen, and his daughter, Lucy. Throughout it, he jumps to first meeting his father-in-law, Arthur, and how the two would talk about life and what they believe happens when they die. Then there comes a turn in the play when Alex accidentally knocks over his photographs, looking down at them scattered around the ground.

While it has a foreboding tone, we never really know what is happening with Alex in the current time. Eventually we come to parse more of the story via his lack of emotion, the crack in his voice, his declaration that only three weeks later, he can’t comprehend how to feel about the circumstances he now finds himself in. Without giving anything away, Alex bears a sort of grief that many fear, and one that is difficult to comprehend. So his brief moments of lightness almost feel like the denial stage, searching for some way to cope with his situation.

He exits the stage by walking off into the audience after turning the lights on, leaving just as he came in, as we’re all talking and digesting what we saw. But our brief moment of reprieve leads into Jake Gyllenhaal as Abe frantically coming into the theater and accidentally turning off all the lights with no ghost light (the light that many theaters put on the stage to make it easy to still navigate once the show is over) to guide his way.

Frantically opening the exit and turning a light on, Abe struggles to find his way but eventually finds the spotlight to start telling his story. A Life, written by Nick Payne, takes us on the journey of a first time father and how he struggles with his new identity while thinking back to his own dad.

Abe tells the story of the first time his dad had a heart attack when he was in high school, while pairing it with his wife telling him that she was pregnant. This is the trend throughout his entire monologue, going from preparing for the birth of his daughter to watching as his father died. The part that hit the hardest, that left me feeling like I couldn’t breathe, came from one simple switch of story.

Abe is talking about his wife going into labor. Leading into it, he was talking about receiving the phone call that his father had died, but he switched back to his wife’s need to go to the hospital. He talks about how “her” hand is shaking and she can’t get the key in the ignition, and he says “I can drive.” At first, we all laughed. I even cackled out. And then, Abe gets quiet, says “I can drive” again and it is when he points out that it is his mother that our laughter quickly changed from joy to sobs.

The two shows are only intwined at the very end. Abe is playing “Imagine,” a song he used to think his father had written, on the piano, as Alex takes to the top part of the stage, where he told some of his story. While brief, the two share a stage and we, as the audience, realize that while their stories are separate, it is all a part of the shared idea of grief and understanding our own pain.

Neither of the plays are originally connected, other than through tone, but there are little moments that make me think that there is a deeper connection throughout them. Maybe that’s just the idea of human connection and how we all grapple with grief in different yet similar ways. Maybe it is because of the small ticks that both Alex and Abe do that make me think there was a specific choice there. The decision to merge these two different plays into one performance is incredibly moving. I found myself feeling like a weight was continually being taken off and then placed back on my chest.

I sat in the theater and cried, and cried, often guessing what was coming, yet still feeling the punch to my gut. It was a beautiful experience. Sea Wall/A Life is a stunning way of looking at grief and how we process it. It will take you on a journey of your emotions, so be prepared.

Sea Wall/A Life currently has a limited engagement on Broadway.