The Quest for Scumbag Steve’s Hat, One Man’s Journey for an Internet Icon

This story is better than Crystal Skull. Actually, most things are. 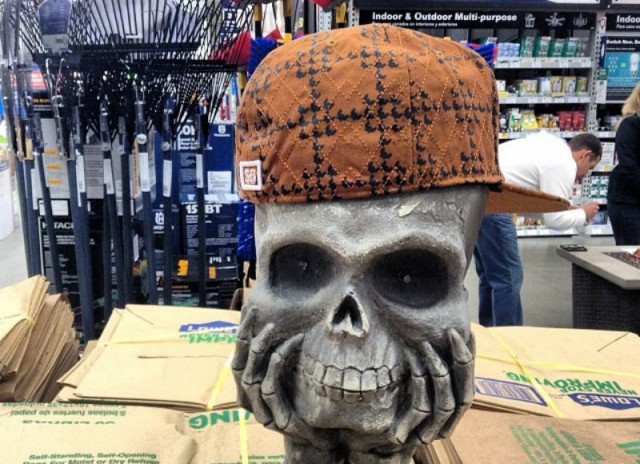 We’ve all seen the Scumbag Steve meme. It’s been populating the Internet for years now, but what makes it fascinating is that it’s gotten a number of spin-offs. These offshoots center not on “Steve” but rather his iconic, ridiculous-looking hat. Matt Mirandi over at Connectivist tried to track it down, and his story is wonderful.

It turns out that the hat seen in the photo only had a limited production run. Not because it was a specific limited-edition or anything, but because — well — look at it. It’s a stupid-looking hat. Not many stores ordered it, so the company didn’t produce very many.

The hat itself, which Mirandi refers to as “the Internet’s Holy Grail” is actually a 2007 New Era wheat-brown “A-Tooth” style Red Sox cap. (Editors Note: The “Red Sox” are a basesball sports club from Boston, popularized by a recurring SNL sketch starring Jimmy Fallon and Rachel Dratch. – Glen)

Mirandi got testimony that there are probably fewer than 1,000 of the hats in the world. That was fine until the Scumbag Steve meme blew up, making the hat a sought-after item, especially around Halloween.

Mirandi’s full story follows the hat from its humble beginnings, through it’s rise to stardom, and even hints at a possible resurgence of the hat’s production thanks to the meme’s success. It is a beautifully detailed and researched look into a minor internet icon that many people would probably overlook.

You can, and should, read the complete tale of Scumbag Steve’s hat over on The Connectivist.

(via The Connectivist, image via Jeepers Media)