The Oscar-winning Argo writer discusses the dysfunction behind the scenes with Warner Bros. 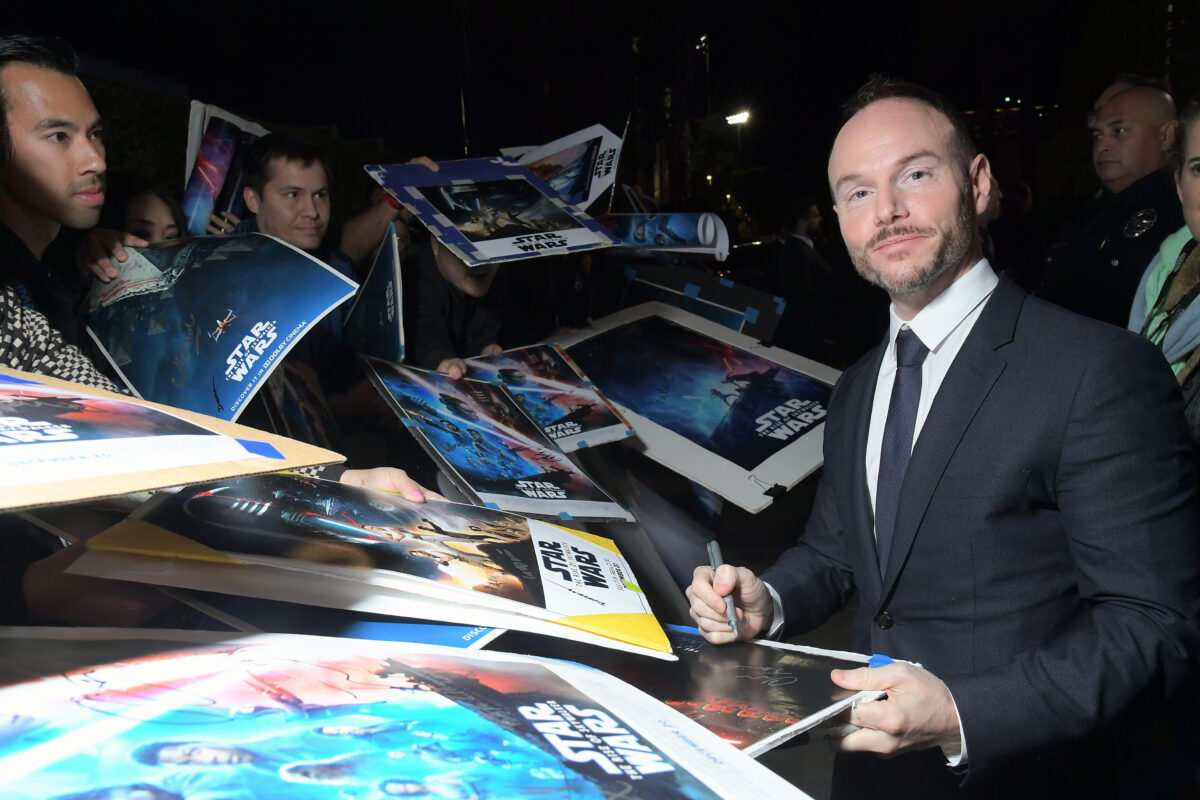 Few screenwriters have earned more fandom rage than Chris Terrio. After winning an Oscar for 2012’s Argo, Terrio wrote the much-maligned Star Wars: Episode IX – The Rise of Skywalker, as well as Batman v Superman: Dawn of Justice, and Justice League. All three films have been skewered by fans and critics alike.

Now, in the the wake of the Snyder cut release on HBO Max, Terrio is coming forward with his own frustrating experience as part of the Warner Bros/DC Films machine. His story comes on the heels of Zack Snyder’s own experience, as well as the recent allegations against Joss Whedon. This all came to light thanks to actor Ray Fisher, who was the first high-profile person to call out Joss Whedon, Warner Bros., and DC Films for abusive and racist behavior.

In a new interview with Vanity Fair, Terrio describes the dysfunction behind the scenes of both DC films, and how the studio tried to wrestle Snyder’s vision into a more palatable, audience-friendly blockbuster. The result was a disjointed and confusing mess that shaped both BvS and Justice League.

Terrio was originally brought onto BvS by Affleck to rewrite the film with more focus on the character of Batman and the overall tone. Having worked together on Argo to great success, the duo wanted to flesh out Bruce Wayne and give him a character arc, from fear-filled, violent vigilante to a man who could conceivably assemble and lead the Justice League.

Terrio described his and Snyder’s vision, which was a dark, serious look at the characters that also functioned as a political allegory. “So the film was dark by its nature. As I worked on the movie, it seemed to me that it was a snapshot of what I was feeling on the ground in the country, which maybe didn’t become apparent until the madness and division that came about from the last presidency. I thought this superhero movie could be about getting into our worst natures, but then coming out of that into a redemption.”

But when the studio cut 30 minutes from BvS, the story became incoherent and incomplete, with Terrio receiving the brunt of the criticism. Terrio described it by saying, “If you took 30 minutes out of Argo, as they were from Batman/Superman, it would make zero sense at all. Critics would say, ‘what a lazy screenplay,’ because the characters don’t have motivations and it’s not coherent, … And I would agree with them.”

Terrio continued, “I was proud of the script when I completed it, but it turns out that when you remove the 30 minutes that give the characters motivation for the climax, the film just doesn’t work. As we learned from the two versions of Justice League, you can’t skip on the character and think the audience will give a shit about the VFX. So this house of cards that had been built in order to motivate this clash between America’s two favorite heroes made no sense at all … That was what happened with Batman/Superman. The movie was always was going to be dark. There were always going to be people who just didn’t want to see that version of a comic book world, and I get that. But what hurt was the criticism that the script was not coherent, because when I turned in the script to the studio—which they, by all accounts, were happy with—it made sense.”

Despite the reception of BvS, Terrio continued on with Justice League, largely due to his relationship with Zack Snyder. Like everyone else involved, he had nothing but nice things to say about the director. “Zack could not have been more supportive and never stopped believing that together, we were going to create this big, epic DC world.”

But, as Terrio described, the duo faced a very different Warner Bros. when Justice League shooting rolled around. After BvS underperformed at the box office, fearful studio execs and corporate bosses began getting involved, demanding the film be lighter, shorter, and funnier. It was a puzzling pivot for Snyder and Terrio, who had previously battled efforts to keep Batman dark and violent.

“I agreed to write Justice League because I wanted the chance to write these characters with love and hope after getting through the darkness of Batman v Superman. The end of my version of Batman v Superman includes Bruce seeing the error of his ways and promising to change. It’s the return of conscience after an ethical nightmare. And in Justice League, Bruce does do better.”

The studio also excised several scenes regarding Superman and Lois’s confrontation in Africa, and the destruction Superman wreaks on the region when he saves Lois. What should have been a nuanced metaphor for drone warfare and global responsibility was whittled away, leaving problematic themes and racist optics in its wake. Terrio said, “I wanted to say, ‘I’ve been saving you from yourselves! I’ve been working with the director to bring a voice of conscience and sanity to the almost perversely dark film you’ve been developing for years, but I’m the problem here?'”

Terrio also discussed his frustration with then-Warner Bros. chairman Kevin Tsujihara, who had scheduled Justice League to be released after Wonder Woman but before Aquaman. This meant that Terrio was writing for Wonder Woman without any context, as well as introducing Aquaman, The Flash, and Cyborg, all in one film that couldn’t be over 2 hours.

Terrio also described his collaborations with the film’s stars, taking notes from them and working together to craft their character arcs. He spend a lot of time with Fisher building Victor Stone/Cyborg and giving DC’s first Black superhero the attention and focus he deserved.

“We developed Cyborg together. Ray came to my apartment in the East Village, and he and I just would take long walks and talk about Cyborg and the responsibility of putting the first Black DC superhero in a movie onscreen. That was a big responsibility that we both understood and took very seriously. Remember, this was before Black Panther. There obviously have been some Black superheroes over the years, but none depicted with such a budget and such scale and in such a mainstream way.

Cyborg is the one character who can’t disguise himself. He lives in his skin. His otherness is a constant fact of his life. And that to me—and Ray and I discussed this—speaks about being a Black man in America. You cannot remove the otherness that people force upon you. And therefore Cyborg—when he becomes the hero that he always should have been and was meant to be, that felt like something really strong that we wanted the world to see.”

After watching the Whedon cut, Terrio was so upset that he asked to have his name removed from the film. He ultimately failed to pursue it, as the prints were already made, and doing so would cause further disruption and potentially kill his career. He also declined to discuss Whedon himself, as he didn’t interact with the director during the filmmaking process.

In the end, Terrio was relieved that his and Snyder’s vision was finally released, “most centrally, Ray Fisher’s performance as Cyborg. It was always the heart of the film to me, and just meant so much to me personally, because so much of my heart and life were put into that story. That is the thing about this version of Justice League, that none of it was done cynically or as a money grab, or an attempt to sell Happy Meal toys. It really was personal for me and for Zack and for many of the actors.”