Ray Fisher Gave Everyone So Many Chances To Listen To Him 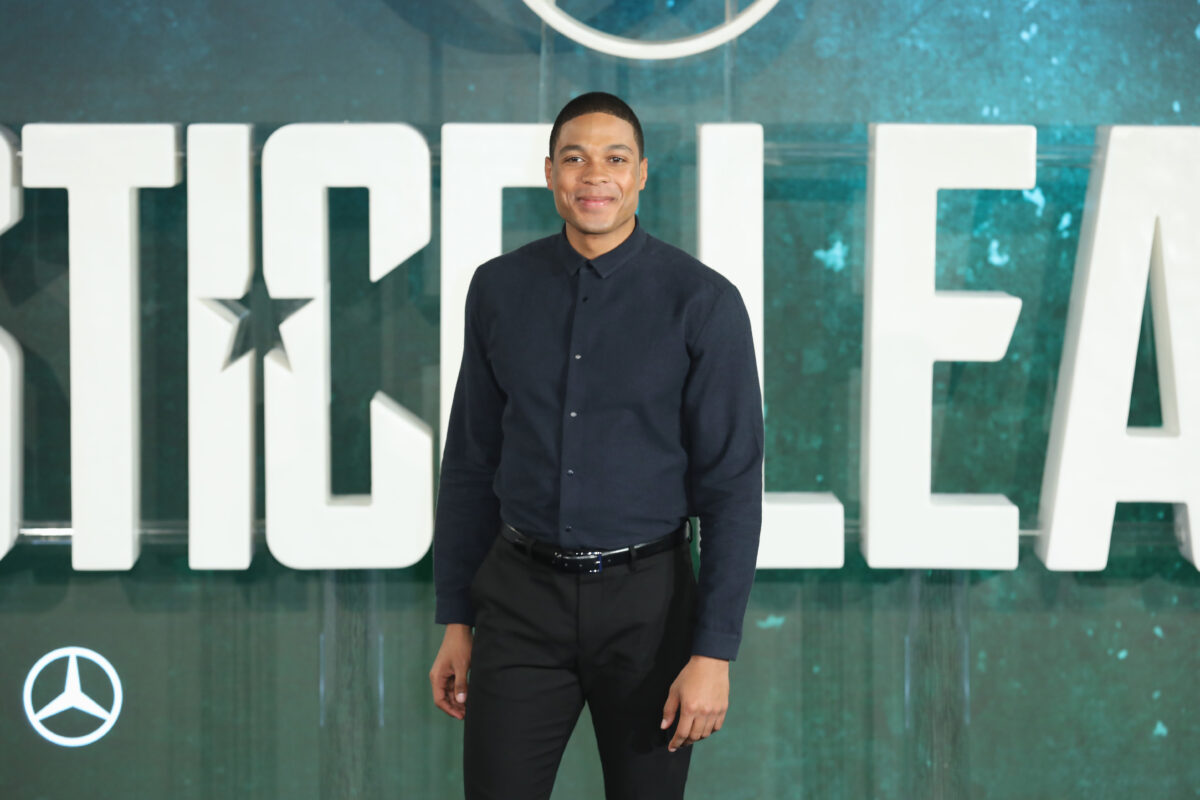 It’s been almost a year since Ray Fisher first tweeted about Joss Whedon’s “gross, abusive, unprofessional, and completely unacceptable” behavior on the set of Justice League, and in a new profile in The Hollywood Reporter, he’s opening up at length about his experiences working on the film.

When Fisher was cast as Cyborg in Zack Snyder’s Batman v. Superman, he was a newcomer to the industry, his only credits on IMDB being a short film and a single episode of The Astronaut Wives’ Club. But for both that film and Justice League, it sounds like Snyder and screenwriter Chris Terrio really valued Fisher’s input and made sure he was a part of the discussion around how the character was depicted on screen.

THR’s Kim Masters writes: “Terrio says he and Snyder took the portrayal of the first Black superhero in the DC film universe ‘very seriously,’ adding, ‘With a white writer and white director, we both thought having the perspective of an actor of color was really important. And Ray is really good with story and character, so he became a partner in creating Victor,’ referring to the character’s given name.”

However, when Snyder left the film due to a family crisis, Whedon was brought in to replace him, and the dynamic Fisher describes was now completely different. We’ve already heard plenty of reports of Whedon being dismissive of actors’ input or concerns—he allegedly told Gal Gadot to “shut up and say the lines” and threatened her career during JL shoots.

On top of that, Fisher says that working with Whedon, he felt he had “to explain some of the most basic points of what would be offensive to the Black community.”

One of the most striking things about this profile is just how many chances Fisher gave everyone—Whedon, producer Geoff Johns, DC Films’ Jon Berg, and so many others at Warner Bros.—to listen to him.

Fisher says he and the films’ executives, including Johns and Berg, disagreed over how to physically and emotionally portray Cyborg. Fisher says he heard later about conversations where those executives discussed wanting to avoid having an “angry Black man” at the center of the movie and in order to avoid the trope, they advised Fisher to play the character less like Frankenstein and more like Quasimodo, complete with a stooped posture that Fisher says he immediately read to be servile.

But it doesn’t sound like anyone was open to hearing Fisher’s point that that would be its own unacceptable stereotype for a Black character.

“Fisher told Johns it might be one thing for a non-Black person to write a character for a comic, but it was another for a Black actor to portray that character onscreen,” writes Masters. “‘It was like he was assuming how Black people would respond rather than taking the advice from the only Black person — as far as I know — with any kind of creative impact on the project,’ Fisher says.”

Fisher says “That was the last creative conversation about anything that Geoff Johns and I had. I knew I was on my own.”

A similar disagreement happened over Cyborg’s sometimes-catchphrase: “Booyah.” The animated version of the character on Teen Titans says the phrase but it doesn’t appear in the comics. Zack Snyder was also opposed to using it, saying he didn’t want any catchphrases in the film. But Whedon and producers felt differently.

As THR explains, “Fisher says he doesn’t see the word in itself as an issue, but he thought it played differently in a live-action film than the animated series. And he thought of Black characters in pop culture with defining phrases: Gary Coleman’s ‘Whatchoo talkin’ ’bout, Willis?’; Jimmie Walker’s ‘Dy-no-mite!’ As no one else in the film had a catchphrase, he says, ‘It seemed weird to have the only Black character say that.'”

Fisher says Whedon approached him during reshoots about using the catchphrase. According to THR, “Fisher says he expressed his objections and it seemed the matter was dropped — until Berg, the co-chairman of DC Films and a producer on the project, took him to dinner.”

The conversation Fisher describes was a bizarre one:

“This is one of the most expensive movies Warners has ever made,” Berg said, according to Fisher. “What if the CEO of AT&T has a son or daughter, and that son or daughter wants Cyborg to say ‘booyah’ in the movie and we don’t have a take of that? I could lose my job.” Fisher responded that he knew if he filmed the line, it would end up in the movie. And he expressed skepticism that the film’s fate rested on Cyborg saying “booyah.”

Perhaps even worse, though, is his account of Whedon’s obnoxious behavior on the day Fisher was set to make those hypothetical AT&T kids’ dreams come true:

But he shot the take. As he arrived on set, he says, Whedon stretched out his arms and said a line from Hamlet in a mocking tone: “Speak the speech, I pray you, as I pronounced it to you.” Fisher replied, “Joss — don’t. I’m not in the mood.” As he left the set after saying just that one phrase for the cameras, he says, Whedon called out, “Nice work, Ray.”

These are just a couple of Fisher’s anecdotes from set, and he goes into even greater detail about the subsequent investigation that Warner Bros. launched. It’s just example after example of Fisher exhibiting enormous amounts of patience, being willing to handhold these white executives and walk them through the gigantic gaps in their perspectives on race and how it was affecting the film. And time after time, those executives dismissed him.

The excuses that some of those execs have offered for why they were so dismissive of Fisher and other Black employees are absolutely laughable—or they would be if they weren’t so infuriating.

Katherine Forrest is a former federal judge and the person who conducted the WarnerMedia probe into Fisher’s allegations against Whedon, Johns, and Berg. She told THR that during her investigation, in which she spoke with more than 80 witnesses, she found “no credible support for claims of racial animus” or racial “insensitivity.”

In speaking with Fisher, Forrest, who is white, “led with the fact that she was an Obama appointee.”

Note: Working for/voting for Obama does not make you an expert on issues of race.

Nadria Tucker, a writer who has already spoken out about the constant racist microaggressions she says she experienced working on Superman & Lois, shared a story with THR from her time working on Krypton, in which Geoff Johns “tried to tell me what is and is not a Black thing,” as she put in on Twitter.

Tucker told THR that “Johns objected when a Black female character’s hairstyle was changed in scenes that took place on different days. ‘I said Black women, we tend to change our hair frequently. It’s not weird, it’s a Black thing,’ she says. ‘And he said, ‘No, it’s not.'”

Johns’ spokesperson says: “What were standard continuity notes for a scene are being spun in a way that are not only personally offensive to Geoff, but to the people that know who he is, know the work he’s done and know the life he lives, as Geoff has personally seen firsthand the painful effects of racial stereotypes concerning hair and other cultural stereotypes, having been married to a Black woman who he was with for a decade and with his second wife, who is Asian American, as well as his son who is mixed race.”

Johns also reportedly nixed the casting of Bridgerton’s Regé-Jean Page as Superman’s grandfather on the grounds that, according to THR’s sources, “Superman could not have a Black grandfather.”

“Geoff celebrates and supports LGTBQ characters, including Batwoman, who in 2006 was re-introduced as LGBTQ in a comic-book series co-written by Johns,” says Johns’ rep in an email. Johns also pitched Warners on developing a television show around the first LGBTQ lead DC superhero television series, he adds. As for the role of Superman’s grandfather, the rep says Johns believed fans expected the character to look like a young Henry Cavill.

Can someone please tell Johns that having a Black ex-wife doesn’t mean he knows more about Black women’s hair than Black women, liking Batwoman doesn’t justify insisting on straight casting other characters, and that his Henry Cavill argument doesn’t hold water, as Fisher himself pointed out.

I appreciate Geoff Johns bringing on a crisis team to try to explain away his discriminatory behavior, but his excuses are WEAK.

If Geoff believed fans expected Superman’s grandfather to look like “a young Henry Cavill”—why was he ok with the Zods not resembling Michael Shannon?

Fisher knows that speaking out like this can be dangerous. But, he says, “I’m not so indebted to Hollywood that I haven’t been willing to put myself out there.” He also says he just does not “believe some of these people are fit for positions of leadership.”

“I don’t want them excommunicated from Hollywood, but I don’t think they should be in charge of the hiring and firing of other people,” he tells THR. “If I can’t get accountability, at least I can make people aware of who they’re dealing with.”