Huh. Mine doesn't do that. 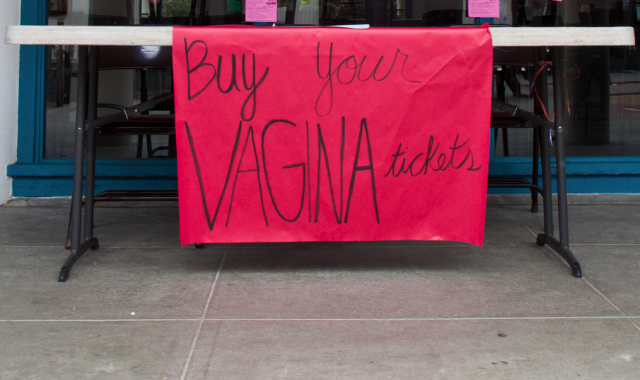 Johannesburg’s prison system has a complicated, controversial history — particularly in the case of the women’s facility that held Winnie Mandala on several occasions. You know what would be a fitting tribute to the many unjustly incarcerated women of this prison’s past? Did you answer “a giant screaming vagina that you can walk around in?” Well, it’s your lucky day!

Meant to be a commentary on the silencing, oppression and degradation of women’s bodies in South Africa, the vagina is 12 meters across and features red-colored walls that scream and laugh as you walk around the space. Viewers are required to take off their shoes before entering as a sign of respect. However, they apparently seem to be allowed to take as many pictures of themselves pointing and laughing as they’d like. Respectfully, of course. 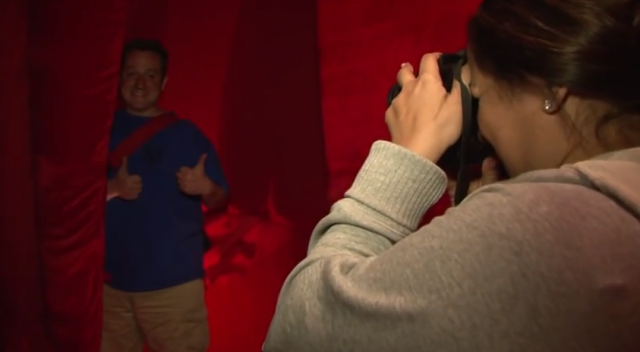 Artist Reshma Chhiba says that she intended for the installation to be a sacred, open space that gives the once-incarcerated women a voice. “You don’t often hear men talking about their private parts and feeling disgusted or shamed,” she explained. “And that alone speaks volumes of how we’ve been brought up to think about our bodies, and what I am saying here is that it’s supposed to be an empowering space.”

I don’t know, man — I don’t know that a screaming, laughing vagina does a whole lot to fight against the long-held stereotype of the hysterical woman. Also, if my vagina were always screaming like that, I would probably be pretty ashamed of it. Like, all the time. “People are trying to sleep, Vagina!” I would whisper to it late at night as it shrieked into my pajamas.

Anyway, enough about my vagina. You can see more of the walk-in vagina in the video from AFP, which unfortunately won’t embed properly on our site for some reason. It’s absolutely worth a watch though; I think the best part is when a woman is being interviewed about the exhibit and then the vagina starts screaming again and she has to stop talking. Just, you know, the irony of it. It’s hilarious to me.

(via HyperVocal, and The Independent,  image via ~dgies)