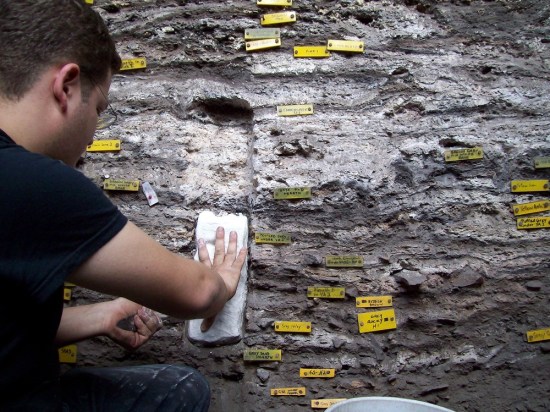 What are thought to be the world’s oldest human beds were recently found in a cave in South Africa. Considering how primitive they were, perhaps the better term would be “sleeping mats,” but in either case, these are the oldest beds or sleeping mats that have ever been found. Previous sleeping mats dated back 20,000 or 30,000 years, but these new ones — or rather, these old ones — are more squarely in a 50,000 to 70,000 year old ballpark.

Beds may seem like a relatively mundane discovery, but when you think about it, they mark an interesting point in evolution. The nature of the beds also go to show how early on Homo sapiens had a grasp on how to actively manipulate their environment. The beds are woven mats primarily comprised of plants from the species Cryptocarya. Plants from the species are still used in medicines today and it is very likely that this material was used in order to keep insects and other creepy-crawlies at bay.

There is also evidence to suggest that the inhabitants of the area routinely burned their bedding and made new mats in an effort to keep the area clean considering that other forms of sterilization were mostly impossible. On top of that, the mats were likely used for more than just sleeping and probably served as a comfortable surface for working and just living in general: Prehistoric carpeting.

“These discoveries show the creativity and diversity of behavior that these early humans practiced,” said researcher Christopher Miller, one of the scientists involved in the study. The results are due to be published in Science on December 9.