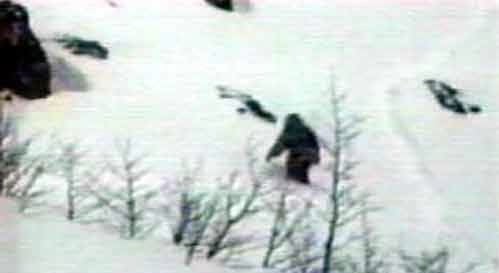 After 20 years of “increased yeti sightings,” scientists from several countries — including the U.S. and Russia — will be heading to Siberia to look for Yetis. One of the reasons they’re actually pursuing this? Occurrences of several twig huts throughout the region of Kemerovo. Because no human would build a twig hut in Kemerovo like that.

The Yeti expedition was revealed on Russian radio, and some are saying that there might already be a few dozen yeti in Kemerovo and the nearby region of Altai. Along with the twig huts, there have been sightings of 14-inch long footprints and “twisted branches.” No way this could have been done by non-fictional creatures that have been confirmed to exist, so now scientists from the U.S., Russia, China, Estonia, Canada, Sweden, and Mongolia are going on the first official Yeti hunt since 1958, “when scientists from the Soviet Academy of Sciences scoured Western Siberia trying to catch a Yeti.” We are assuming — and we know how dangerous it is to do that — that they were unsuccessful, unless they had the Yeti bodies shipped to Area 51 and we have yet to find out about it.

Some scientists, including Igor Burtsev, head of the International Center of Hominology in Moscow, believe that the Yeti might be a distant relative of humans, and that the current incarnation of the human race killed their primitive cousins, the Neanderthals, off. But not all of them … not all of them. Says Burtsev:

“When Homo sapiens started populating the world, it viciously exterminated its closest relative in the hominid family, Homo neanderthalensis. Some of the Neanderthals, however, may have survived to this day in some mountainous wooded habitats that are more or less off limits to their arch foes.”

No details have been provided on any technology being used, the plans for the Yetis if they are spotted and/or caught, or what this will mean for the tinfoil hat industry. But one this is certain: Someone had to do do this, right? It might as well be these guys.