Here Is A Scientific Wedding Photo Shoot, It’s Rather Smart 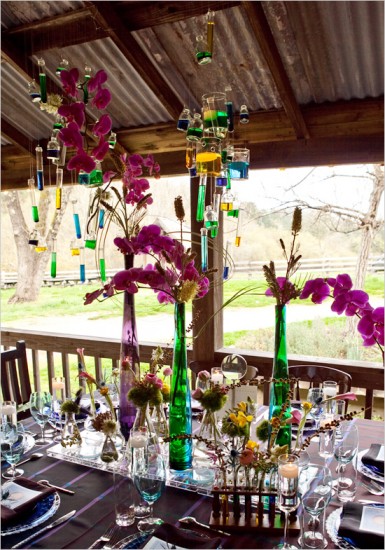 We’re a fan of unique wedding/engagement photoshoots so when we came across this one that featured science(!) we were very excited. Nicole Lisanne Weddings and Events by Design styled a scientific geek wedding shoot they called Geek is Tres Chic. Hit the jump to see the rest of the shots.

“They fell in love with the idea of the scientific geek wedding theme because of the incorporation of a lot of glass elements such as beakers, petri dishes, test tubes, eye droppers, which would all have very good light-catching elements,” writes Wedding Chicks. “All of these scientific elements were sourced from laboratory supply houses so that they would be 100% authentic.” When the guests arrived they were able to sign in at the Periodic Table of Elements! 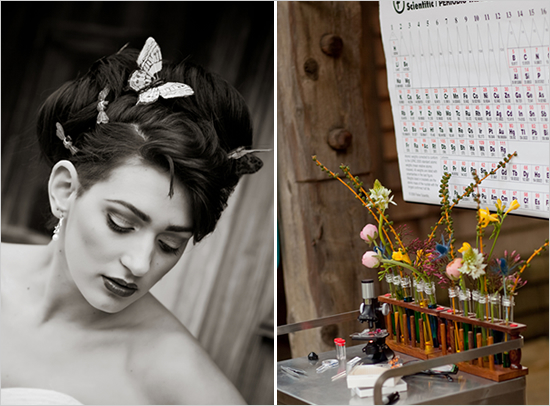 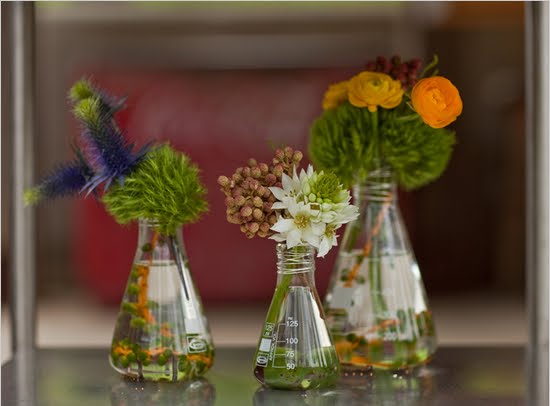 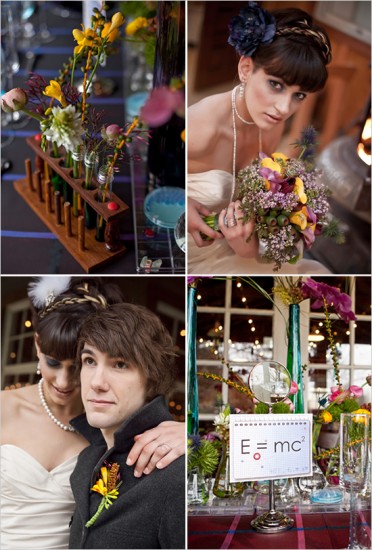 “Acrylic compartmentalized trays held little silk buggies with pins stuck through them, to make a fabulous but geeky table runner under our centerpieces,” they write. “The table number was named after the most famous scientific equation ‘E=MC2,’ and was affixed to a tall self-standing magnifying glass sourced from the Z Gallerie. Menus tucked into each place setting were in the format of a scientific hypothesis ‘If first course, then second course, then cake and dancing!’” 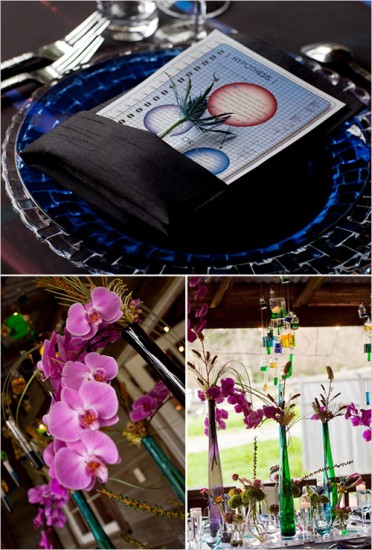 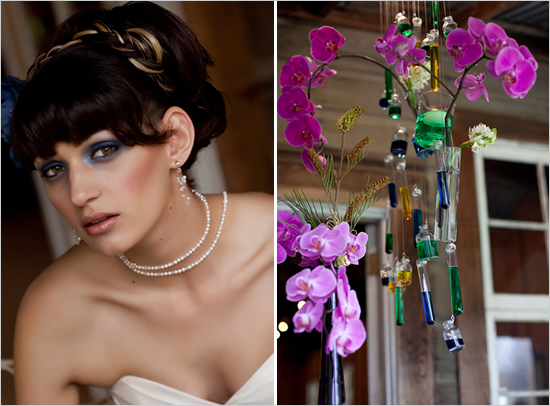 No information was given as to the line of work the bride and groom are in but we appreciate the theme nontheless.