Most days I'm just happy we're not extinct. Yet. 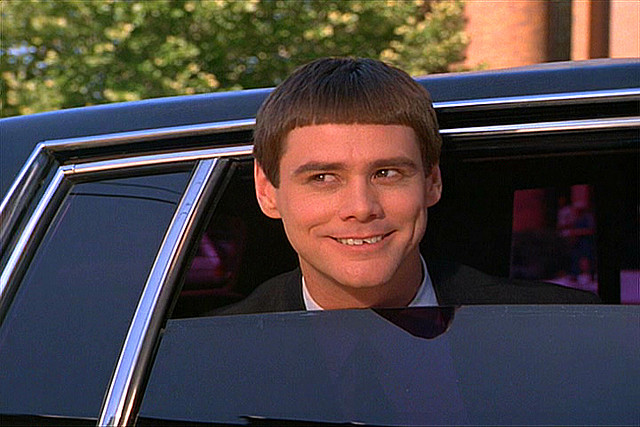 A study from the British Medical Journal‘s often humorous Christmas Edition has determined that men are basically walking time bombs of stupidity. How did they make this leap of scientific understanding on par with discovering that the sky is blue, you ask? They analyzed the winners of the Darwin Awards.

If you’re not familiar with the Darwin Awards, they’re remarkably insensitive Internet awards given to people who get themselves killed in dumb ways. Of course, using them as a scientific indicator of intelligence by gender has some issues that the authors of the study readily admit, but it’s hard to overlook the number of… naturally deselected award winners who come up short in the chromosome department. Maybe there’s something on that second X that stops stupid behavior?

“The Darwin Awards: sex differences in idiotic behaviour” found that fully 88.7% of 318 individual Darwin Awards since their inception ten years ago have gone to men. Awards that were given to both a man and a women, “usually overly adventurous couples in compromising positions,” were excluded. Gaze upon our tower of stupidity, humanity, and despair: 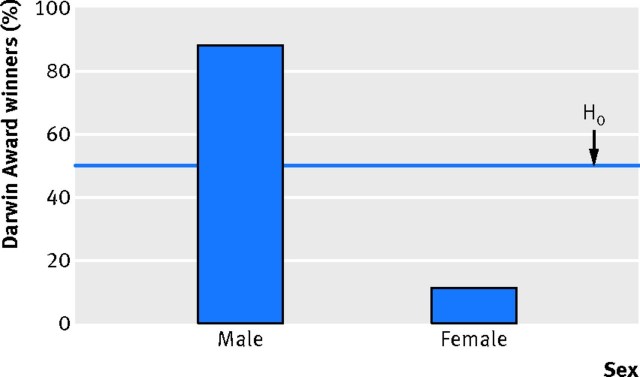 But maybe we can find some kind of reassuring explanation. The study notes,

Or maybe differences in alcohol consumption are to blame:

Anecdotal data support the hypothesis that alcohol makes men feel ‘bulletproof’ after a few drinks, and it would be naïve to rule this out. For example, the three men who played a variation on Russian roulette alternately taking shots of alcohol and then stamping on an unexploded Cambodian land mine.

But whatever the reason is, if you were thinking an all-female utopia sounded like a great future but you didn’t know how to get rid of all the men, don’t worry. It looks like we’ve got it under control. Just wait it out.

(via Jezebel, image via Dumb and Dumber screencap via Insomnia Cured Here)