Science Finds That People Hate Most Workdays, Not Just Mondays. Thanks, Science 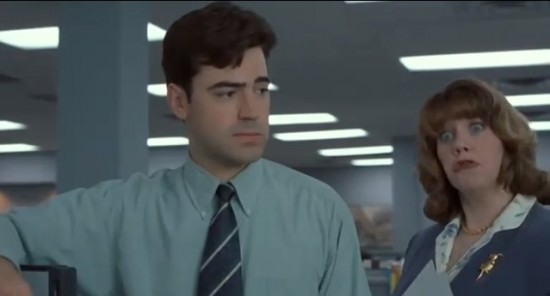 As you’re fighting for dear life to stay afloat at your desk right now, you probably don’t care much for work or school on Mondays. You probably don’t really care for much of anything on Monday except for sleeping late, and maybe waking up sometime if you ever get around to that. Mondays are universally reviled, thanks in part due to it being the first day people have to be civilized human beings again after their weekend of debauchery, and also in part due to the mantras of an overweight orange cat and a movie about copy machine destruction. A team of scientists took part in some science and discovered that it’s not Monday’s fault we hate Mondays, but we actually equally hate all workdays that aren’t Friday. Bet you couldn’t figure that out.

A study recently making the rounds from the Journal of Positive Psychology reports that we don’t actually hate Mondays, we hate most days. After a team of researchers looked at a survey given to 340,000 people, they found that the people’s moods were no different from Monday to Thursday, with Friday to Sunday being the days people experienced an elevated mood. The poll was given via telephone, and the participants reported better overall moods on Fridays, Saturdays, and Sundays. Professor Arthur Stone, of Stony Brook University, and his team analyzed the poll data and also surmised that Mondays aren’t especially horrible according to people’s reported moods on that day compared to other days, but are focused on — and thus, made out to be more intolerable — due to their juxtaposition with the weekend. When something not-so-fun happens directly next to something fun — in the case of Sundays and Mondays, being able to do whatever you want compared to having to work — that only enhances how much or little fun something is. Ever watch a really good television show right before a really bad one? Same concept.

Granted, you most likely already knew you’d rather do whatever you wanted any day of the week rather than on just the one, but now if you ever felt like saying you “have a case of the days” rather than “the Mondays,” there’s a study in a legitimate psychology journal that has your back.