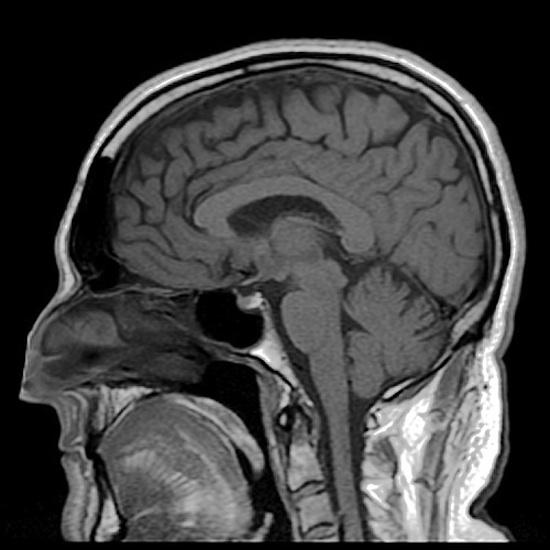 There are plenty of things about the way the brain works that remain a mystery to us. Where does a memory live? Do we actually have free will? Why do I sometimes worry that I’ve lost my phone because it’s not in my pocket even though it is clearly in my hand?  While science doesn’t have answers to any of those questions yet, researchers have weighed in on a long-standing mystery of neuroscience, shedding light on how the brain disposes of waste and keeps itself clean. In doing so, they’ve discovered a whole new plumbing system that seems to shadow the arteries and blood vessels in the organ.

Cleaning and disposal in the body is managed largely by the lymphatic system, which doesn’t make an appearance in the brain. That has had researchers pondering how the brain disposes of molecular waste material. Now they have their answer. Cerebrospinalfluid, or CSF, has long been a suspect in the brain’s garbage pickup, and it turns out that instinct was right. CSF filters through the brain collecting unneeded matter, and then drains out through tube-like structures that are wrapped around the blood cells in the brain. These structures operate under a surprising amount of pressure, flushing away more debris from the brain and doing it at a faster rate than anyone suspected.

Scientists at the University of Rochester Medical Center have dubbed the new series of brain drains the “glymphatic system” for its simliarity to the lymphatic system that filters and recycles blood plasma in the rest of the body and the fact that its operation seems to be governed by a class of brian cells known as glial cells.

If you’re wondering how a whole system of plumbing in the brain could have gone undiscovered until now, you’re not alone. Because the glymphatic system only functions in intact, living brains, it’s not easy to find in traditional images of the brain, or even during dissections. However, using a recently developed imaging technique known as two photon microscopy, researchers were able to sneak a peek inside a working mouse brain to get a look at the CSF disposal process firsthand. Given how similar mice and human brains are, it’s a safe bet that daily trash pickup in our brains operates on the same principles.

New information about how the brain disposes of waste and keeps itself in working order is far from an academic concern, though. The research could have implications for treating brain diseases like Alzheimer’s which are linked to buildup of damaging plaques around brain cells.