Scientists Have Found Our Sun's First Sibling | The Mary Sue 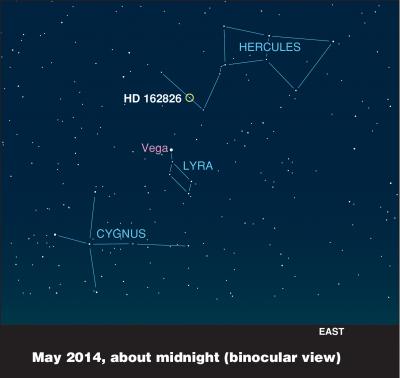 You can take the star out of the cloud of dust and gas, but you can’t take the cloud out of the star. After years of searching a new study has identified the first ever star known to have emerged from the same “birth cluster” as our sun—and our celestial sister from the same space mister may host habitable planets.

The study will appear in a new edition of Astrophysical Journal, but you can read it in its entirety here. Ivan Ramirez, head of the team of researchers from University of Texas of Austin, explains:

We want to know where we were born […] If we can figure out in what part of the galaxy the sun formed, we can constrain conditions on the early solar system. That could help us understand why we are here.

The University also quotes Ramirez saying that although our celestial sibling’s chances of hosting habitable planets may be slim, they’re “not zero[…]it could be argued that solar siblings are key candidates in the search for extraterrestrial life.” Ramirez posits that while our Sun and her sis (or bro!) were still in their birth cluster planetary fragments could have broken off and originated life in our solar system.

Our Sun’s first known relative, HD 162826 was identified out of 23 potential candidates being studied by astronomers around the world in a hunt for celestial siblings. Spectroscopy was used to analyze HD 162826’s chemical makeup, and analysis of its orbit examined the star’s path through the Milky Way to see if it lined up with our own Sun’s birth cluster.

HD 162826 is 15 percent more massive than our sun, and is 110 light years away in the Hercules constellation. She’s not visible to the naked eye, but through what Ramirez describes as “lucky coincidence” the McDonald Observatory Planet Search had already been studying the star for 15 years. The McDonald team has ruled out the presence of massive planets orbiting HD 162826, but say it could still host terrestrial (and potentially habitable) planets.

Ramirez’s method of determining “star genealogy” will serve as a model for future searches for celestial siblings–the more “solar relatives” astronomers can identify, the more we’ll know about our Sun’s origins and our context in the Universe.

Again, our new relative can’t be seen with the naked eye, but you’ll spy her near the brighter star Vega using low-powered binoculars.