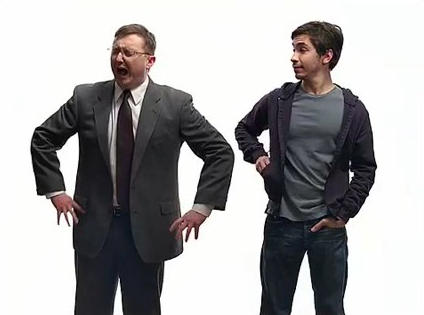 Apparently, being a gigantic, vocal fan of certain things is not exclusive to humans and is more primitive than we think. Techreport has a post today about studies delving into why some people — “fanboys,” a term I’ll address a bit later — get so darn obsessive over certain things over their alternatives. Like Mac vs. PC, Nintendo vs. Sega, Star Trek vs. Star Wars, Marvel vs. DC, etc. The conclusion? Once we pick something we like, everything else just sucks.

According to Techreport’s research, when people are given a choice between two options that are comparable or equal in quality, they form a serious preference for the thing they ultimately choose. That preference leads them to believe that the rejected option is inferior, even though when they were initially presented with both, they (obviously) had no real preference.

The same behaviors were found in people with anterograde amnesia who are unable to form memories and, therefore, are unable to remember choosing a particular option over another. These people, who were tested alongside subjects with functional memories, were given two pieces of art from which to choose. Because of their condition, they were unable to remember choosing the piece of art. But when asked to choose between the same two pieces at a later time, the amnesiacs still chose the same pieces of art.

Four-year-olds and capuchin monkeys were also given similar tests in which they were asked to choose from stickers and colored M&Ms, respectively, and were also observed to stick with their original preferences. So, yes — humans of all ages and even our primate cousins really like the things they like, and they are not changing their minds about it, damnit!

And our preferences for those things can also become fervent and cause people to say all kinds of stupid things on message boards. This is what Techreport was looking into after happening upon the phenomenon of “fanboys.” First of all, let’s stop using the word “fanboy.” Especially when you cite a study that tested 225 girls. Female fans are also ridiculous, passionate fans of things, we don’t have to tell you that. (You want to get me started on Ghostbusters 2? No, you don’t. No, you don’t.) We’re not mad at you, Techreport. But “fans” will do all of us nicely.