Science: Crying and Cursing Do Not Provide Relief From Stress 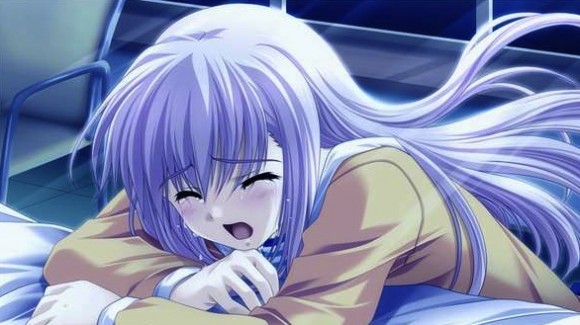 We think that when we let loose a flurry of curses or curl up into a ball for a raucous, snot-filled sob-a-thon, we’ll feel better when it’s all over. That there was a release of tension, an uncorking of pent-up stress and emotion. But apparently, none of this is true. Two separate studies say that crying does not mean an improved mood and cursing actually puts extra stress on the brain. This is news that is sure to cause people to both cry and curse.

First, the crying. A study conducted in the Netherlands had 97 women keep journals of every time they cried over the course of two to three months, logging in 1,004 total episodes. But only about a third of those crying jags resulted in the women feeling better when it was all over. Although, the harder they cried, the better they felt when it was over. The same could not be said for longer crying episodes. So, if you want to feel the real benefits of crying, make sure you cry for a looooong time, and reeeeeally hard. But also, cry with a friend. The lead author on the study, the somewhat appropriately-named Jonathan Rottenberg, says that feeling better after crying has more to do with social connections made while crying. He explains:

The study was published in the Journal of Research in Personality. Since the study was originally focused on the link between crying and menstruation, there were no men involved in the study. Here are the stats:

61% of women reported no change in mood after crying, 30% felt better, and 9% actually felt worse. So if you do experience a cathartic release, consider yourself a rather rare case.

Now, if cursing is your stress-reliever of choice, unfortunately, that’s also not as effective as you thought. Professor Jeffrey Bowers and Dr. Christopher Pleydell-Pearce of the University of Bristol’s School of Experimental Psychology conducted a study that had people read lists of curses, euphemisms for curses, and 100% clean words. And what was found was that when those naughty words were read, “[t]he test subjects consistently had a far greater autonomic response” than when they read non-curses. Predictably, when someone curses, it heightens emotions and places more stress on the brain:

We argue that taboo words generate emotional reactions in part through verbal conditioning, that is through a simple form of learning, the sounds of taboo words become directly associated with emotional centres in the brain. Accordingly, taboo words can evoke strong emotions even when they are uttered without any desire to offend.

And it’s true: most of us generally curse when in a situation that calls for such words, and those situations are stressful. We don’t usually curse under calm circumstances. Therefore, cursing is seen as being almost exclusively associated with stress, so people will feel more stressed when they curse. (Very recent discovery: typing the word “stress” also causes a tiny amount of stress.) Unless you are the type of person who uses the f-word as frequently as the word “the,” which would not really apply to the results of this study.

So, what are we left to do? Neither crying nor cursing are actually bad for us, so we can probably go ahead and do both. But we have to accept that neither provide any relief. Maybe consider a long, whistful sigh.