The Lengths People Will Go to in Order to Keep Their Guns Would Be Laughable If People Weren’t, You Know, Dying 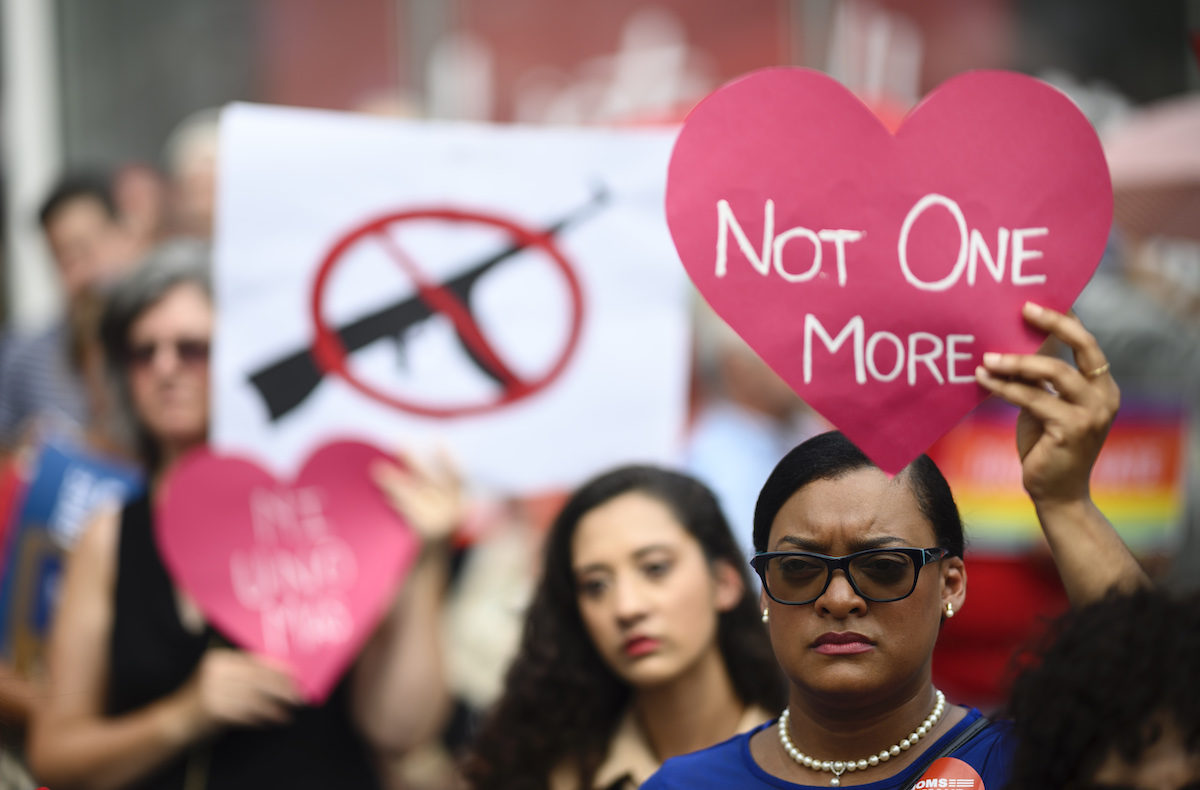 In a country where we now average more than one mass shooting per day, it can be infuriating to watch lawmakers and NRA advocates go to such great lengths to protect guns at the expense of protecting people–especially when so many of these shootings specifically target children.

Case in point: Rather than try to keep guns out of schools, schools are now being designed around guns.

Tonight on @NBCNightlyNews: @TVKateSnow travels to Michigan, where a new school is being built with curved walls and hiding places – specifically designed to deter active shooters. pic.twitter.com/tlkU32WHGS

Curved walls and hiding places. To be fair, this isn’t the absolute worst idea I’ve heard this week for how to keep children from being murdered.

From my inbox: a proposal to protect schools from shooters by installing a sprinkler system that sprays olive oil, so an attacker would fall and not be able to get to the classrooms. Not one I’ve heard before.

I mean, if we’re not willing to enact meaningful gun reform, sure, why not go full Home Alone?

Oh no wait, we could give all school staircases the ability to collapse into slides like a funhouse! This one. This one is the ticket.

This plan will work exceptionally if all school shooters are Wile E. Coyote. Otherwise, this is quite bad. https://t.co/7GnvUoQLlz

Some probably won’t think this is something to make jokes about. But what else are we supposed to do when those with actual power to act are failing to take this issue seriously?

Take, for instance, Texas’ Rep. Dan Crenshaw, who is currently out here railing against something as simple as universal background checks because that would mean he couldn’t lend guns to his friends. That’s it, that’s the whole complaint.

Thank you, sir. It would inconvenience me greatly to find out a background check said my friends were not allowed to borrow my bazooka

Dan Crenshaw no longer randomly handing out firearms to his pals is a price I’m willing to pay. https://t.co/4fGrVdvhay

You are a member of Congress. Why are you “lending” guns to people unsupervised who can’t pass a basic background check?

The people you’re giving a gun to have likely abused their spouse or have a violent criminal record, & you may not know it.

Why on earth would you do that? https://t.co/TQFjcLQebO

This comes the same week that Crenshaw’s own state saw ten pieces of legislation take effect, all of which make it easier to own and carry guns. But sure, not being able to lend your buds an AR-15 for the weekend is the real threat to democracy.