Texas’ Governor Is Shocked–Shocked!–the Odessa Shooter Made Use of the State’s Massive Gun Law Loopholes 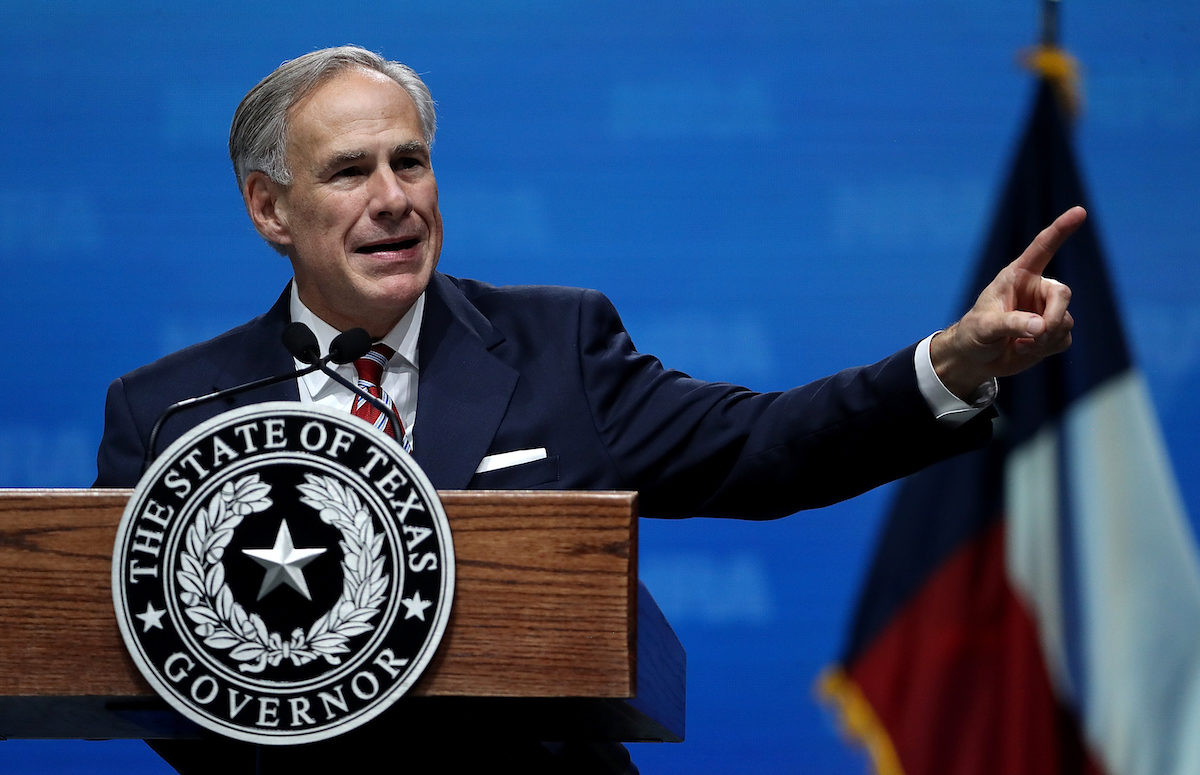 Over the weekend, there was another tragic mass shooting in the U.S., this time in West Texas. Seven people are reported to have been killed and 22 more wounded between the cities of Odessa and Midland. On Twitter, the state’s governor Greg Abbott appeared aggrieved that the shooter had a gun in the first place, since, as Abbott said, he had a criminal history, he had previously failed a background check, and he didn’t use a background check to obtain the gun he did get.

That reaction from Abbott is perplexing (and infuriating) because all of those things he described were laws and loopholes that he himself has supported.

Not only did the Odessa gunman have a criminal history…

…& he didn’t go thru a background check for the gun he used in Odessa.

We must keep guns out of criminals’ hands. https://t.co/vgrqcHtBtF

The shooter did, in fact, have a criminal record, but only misdemeanor offenses. In Texas, the only misdemeanor conviction that can prevent a person from owning a firearm is a domestic violence crime. (Which is also already federal law.)

Also, Texas has enormous loopholes for getting around background checks. To start, they’re not necessary for private sales, like between friends, at gun shows, or on Facebook, where guns aren’t supposed to sold but they are anyway.

Abbott is known for boasting about Texas’ high number of guns and lax gun laws.

We were proud to expand gun rights in Texas. Here’s how it looks now. @NRA #guns #tcot pic.twitter.com/4qHYrJFlS0

Here’s how I celebrate signing a law that lowers the license to carry fee. #guns @NRA pic.twitter.com/eZbYd4jQIW

By the way, while holding up that target practice sheet, he reportedly joked, “I’m gonna carry this around in case I see any reporters.”

As if Texas’ gun laws weren’t already loose enough, the state legislature passed ten bills this year to make them even looser. They include allowing firearms in school parking lots and in places of worship, prohibiting landlords from putting “no firearms” clauses into their tenants’ leases, and more. They all went into effect this weekend.

One month ago, after the last mass shooting in Texas, Abbott gave the usual reactions of thoughts and prayers and don’t politicize tragedy. Since then he has spoken occasionally about exploring gun control legislation, but–in addition to apparently being confused about the current laws he himself put in place–his focus on punitive measures like “expedited executions for mass murderers” while also stressing “respecting 2nd Amendment rights” above all else does nothing to address the real dangers.

Expedited executions for mass murderers would be a nice addition.#txlegehttps://t.co/XxQ152XPof

Meanwhile, Donald Trump is echoing the idea that background checks can’t stop gun violence. “Over the last five, six, or seven years, no matter how strong you need the background checks, it wouldn’t have stopped any of it,” he told reporters.

He said that there is gun reform legislation being talked over by Democrats and Republicans–”a big package of things,” he called it–but didn’t specify what would be included.