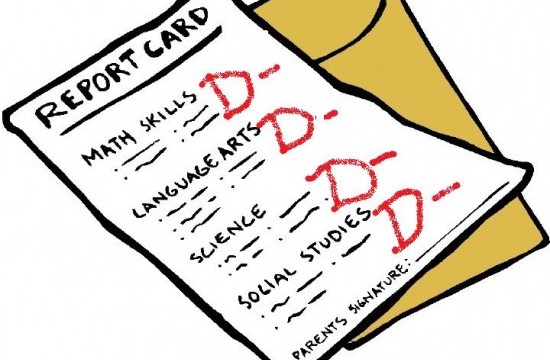 Attention students of Morris County, New Jersey: Those ‘D’s on your report card just aren’t going to cut it anymore. On a meeting Monday night, the School Board approved the decision to eliminate the D grade, making anything below a C- a failing grade.

There has been some serious disagreement about the issue. While everyone supports putting measures in place to ensure that kids succeed and actually grasp their material instead of skating by, not everyone thinks this is the right way to go about it, MSNBC reports:

“We intend to be the beacon of excellence in Morris County, and to do that, we have to fix it,” (Superintendent Larrie) Reynolds said.

“I applaud your effort to raise the bar,” resident Scott Ireland told Reynolds. “I disagree 100 percent with your philosophy.”

While it may come off as overly strict or just plain mean, there’s a history of similar programs working:

The “drop the D” philosophy worked so well for a school in Kentucky, they ended up dropping the C grade too. Now students in 5th grade and higher get an A, B or F.

Not to say we’re intellectually elitist here, though. After all, we did write this.

(Via MSNBC via Slashdot, image via ojblog)