This is how the Keene Act gets started. 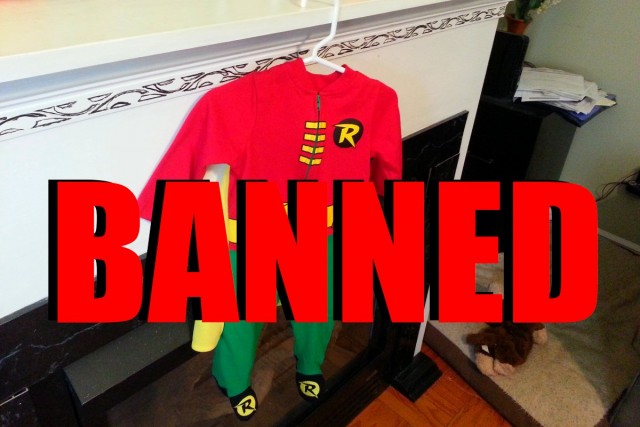 This morning a disturbing photo made its way onto the /WTF subreddit. It showed a letter sent home by a school informing parents that superhero costumes have been banned from school Halloween activities. What’s even the point of Halloween then?

The letter, posted by user Nundercover, doesn’t identify the school, so we don’t really have anywhere specific to vent our frustration with this story. Take a look at the image Nundercover posted: 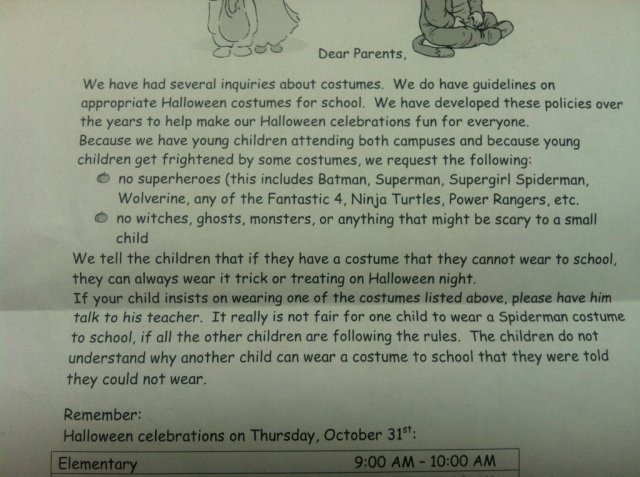 We reached out to Nundercover for comment, but have yet to hear back. We’ll update if we do.

Since this is just a photo on Reddit that doesn’t give any more information about the school, we can’t confirm that this is accurate, but it wouldn’t be unprecedented. Back in May we reported on a preschool in Philadelphia that banned all superhero play. That story also began with a photo on Reddit, but we were able to locate the school and confirm it with them.

(Nundercover on Reddit via Lehigh Valley With Love, image my own)