With Thor coming out, SHIELD being out, and various other folks talking to reporters, there’s been a lot of Marvel in the news lately.

Let’s talk about all that Marvel news.

Starting with Thor: The Dark World. When asked if his character Malekith would be dirty dealing with Loki, Christopher Eccleston said the following (I’ll put it under a spoiler tag for the averse):

I’ve got to tell you, there really isn’t that big a connection actually, when it finally plays out. A movie comes along with a baddie, and then [for the sequel] you add another baddie to that mix. But in terms of Malekith and his maneuvering, there’s not a huge amount of screen time with those two guys together. There’s an implied connection – which Loki plays with – but it’s not hugely developed strand in the film.

And now, the two lady leads of Captain America: The Winter Soldier have their own things to say. Emily VanCamp says, to Fandango, that she loved reading up on her character, Sharon Carter: “One of the most interesting things was actually learning about it, to really start to understand just how grand this universe is. Researching my character, I started to get interested in a lot of other things that I was reading. It was just a really fun process.” When asked about Carter’s relationship with Steve Rogers, she said there is chemistry there, but “I guess you’ll see what kind when you see it.”

It’s been two years since [the characters] appeared, and now both are agents of S.H.I.E.L.D. fighting in the streets. We are not superheroes flying side by side. They help each other because we are fighting in a similar way. It’s a working relationship…

By a series of unfortunate encounters, they will be in a situation in which their friendship becomes more intimate. They share many similarities because they live on the defensive without relying on anyone. Also, the two have been working for the government throughout their professional careers. With their friendship they begin to question what they want and what is their true identity.

It’s interesting that Johansson says that the characters grow closer after “unfortunate” encounters, and that she continues to categorize them as friends after saying that they grow more intimate. That sounds to me like a colleagues in the spy game who shade closer to genuine friends over time, and Johansson is smart enough to articulate that. The actress also says a mouthful about women in superhero film:

I love [the role of Black Widow]. I think it is a sensational character. It is a professional, highly skilled, dangerous, mysterious superhero. I love playing it. I think that it is rare to find a woman sexy and intelligent on the big screen, able to fight anyone (including men) and overcome them physically and emotionally, and my character does it.

The majority of the superhero movies have not been very good. They were simply not made well. They were [about] spinning through the air and putting your hands on your hips. With the Black Widow we do something more, although of course the physicality and her image is important. To me, this character has given me a great opportunity. Joss has jumped the fence with Avengers to celebrate a female character that is not a simple ornament inside the group. He’s not interested in just selling her physical attractiveness.”

Speaking of The Avengers, James Spader has entered the realm of being asked about his role in superhero movies in every interview, and I hope he’s enjoying it. Seems like it.

Just this weekend I went in for them to take very extensive photographs, head scans, body scans, and all kinds of things in preparation for figuring out how the hell I’m gonna fit in this Ultron character! …

I think it’ll be a lot of fun and it’s incredibly nostalgic for me. When I was a kid my best friend had trunks of comics and I didn’t have any so I used to love going for sleepovers at his house. Also I have three sons and two of them have a great interest in comics so they’re excited I’m playing the role.

And finally. Marvel is giving out copious warnings to everybody to stick around for the preview clips at the end of this episode’s for a big guest star, and left this image as a hint to who it is: 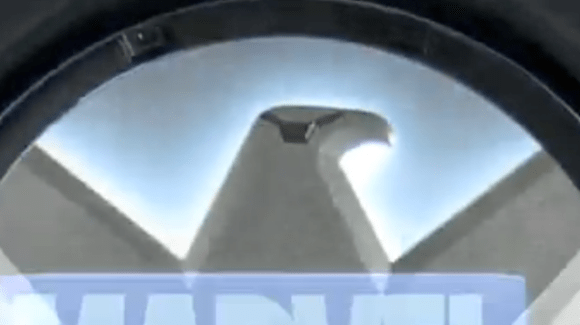 OH MY GOD LOKI TURNED COMMANDER FURY INTO A SHIELD HOOD ORNAMENT, SOMEBODY GET DR. STRANGE.