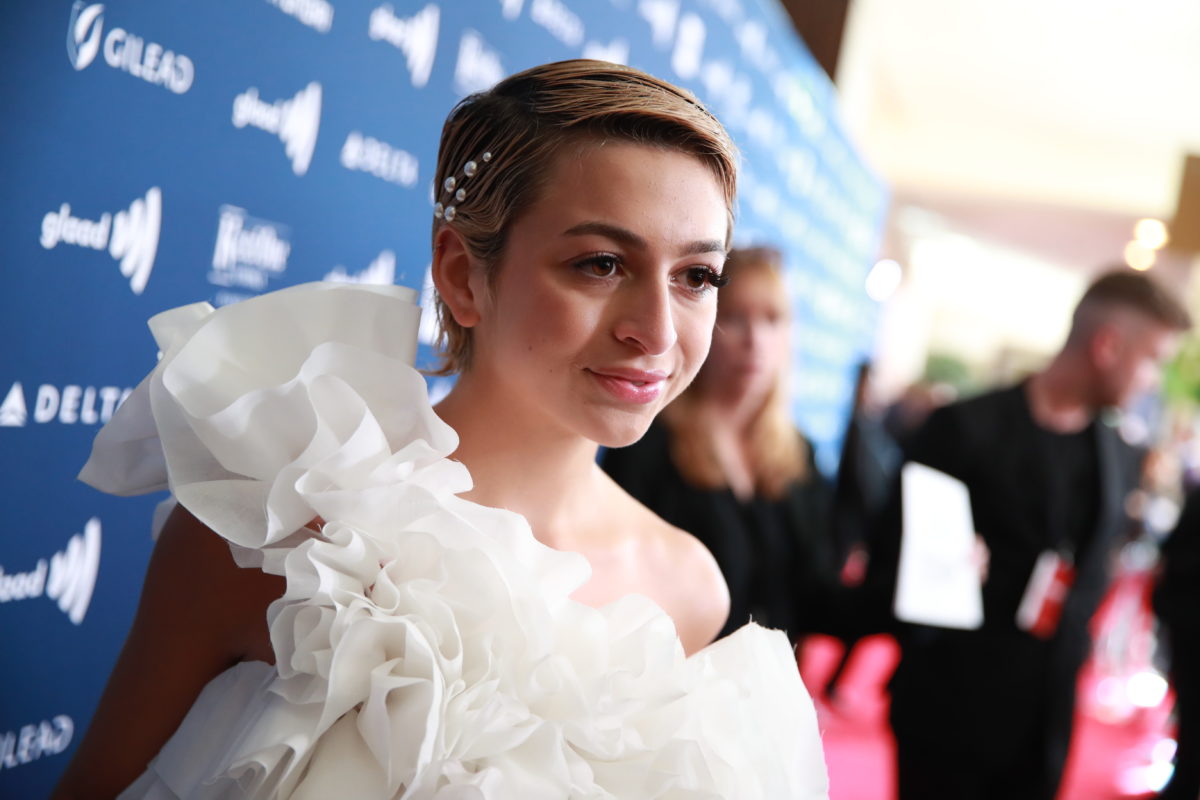 Good morning Bayside High! Iconic 90s series Saved by the Bell is returning to television on NBC’s new streaming service Peacock. And while the series will feature the return of old favorites, including Mario Lopez aka A.C. Slater and Elizabeth Berkley aka Jessie Spano, it will center on a new student, played by trans actress Josie Totah.

The series, which is more sequel than reboot, will follow California Gov. Zack Morris (yes really) who comes under fire for closing too many low-income schools. In response, he sends the displaced students to the higher-performing schools which include, you guessed it, Bayside High.

Totah, who previously starred in Mindy Kaling’s short-lived series Champions, has been cast as Lexi, “a beautiful, sharp-tongued cheerleader and the most popular girl at Bayside High who is both admired and feared by her fellow students.” This makes Totah the first trans teen to headline her own series.

Totah came out in 2018 in a moving essay for Time Magazine, where she discussed her acting career and her goals, saying:

“I plan to play roles I haven’t had the opportunity to play. And I can only imagine how much more fun it’s going to be to play someone who shares my identity, rather than having to contort myself to play a boy. I’m going to gun for those roles, be it a transgender female or a cisgender female. Because it’s a clean slate — and a new world.”

When shows like SbtB are rebooted, one wonders what the point is other than to service our collective sense of nostalgia. After all, it’s not like Saved by the Bell reinvented the wheel in terms of after-school tween programming. What makes these reboots relevant is their commitment to stories that couldn’t have been told at the time of their release.

Much like the critically lauded One Day at a Time reboot, the new Saved by the Bell has an opportunity to deliver sorely needed representation in a familiar package. And said representation is especially impactful for vulnerable communities like trans teens and kids, who so rarely get to see themselves onscreen.

And if that weren’t enough reason to tune in, the new Saved by the Bell will be written and showrun by Tracey Wigfield, the creator of the canceled-too-soon Great News (which is on Netflix right now and everyone should watch it).

(via The Hollywood Reporter, image: Rich Fury/Getty Images for GLAAD)