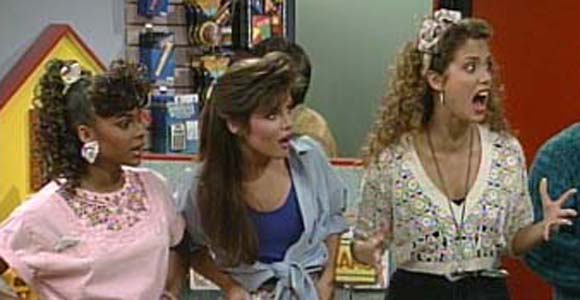 You guys…I’m SO EXCITED!

Well, this one took me by surprise. A publisher called Lion Forge Comics has made a deal with NBCUniversal for a whole slew of 80s/90s properties. Airwolf, Knight Rider, Miami Vice, Punky Brewster, and Saved by the Bell will all being making the jump to digital comics soon.

“Partnering with the team at Lion Forge to bring classic TV properties to life in graphic novel format was a natural step for us as we continue to identify new ways to entertain our fans in the digital space,” said Chris Lucero, director of Global Consumer Products Licensing for NBCUniversal Television. “We’re excited to give fans a chance to revisit some of their favorite shows and characters in a completely new way.”

Which creators will have the honor to work on these classics? According to Lion Forge:

Currently, Jason Johnson (Wetworks, Godstorm) and Lion Forge’s own Carl Reed and Lorenzo Lizana are on board as artists.

Lion Forge is set for a panel Saturday of San Diego Comic-Con if you’d like to know more. They also tweeted they’ll be making a “giant announcement” there with Brandon Easton as well. Are you interested in reading any of these titles?