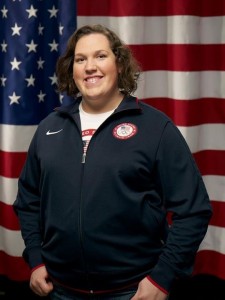 Sarah Robles isn’t your average athlete — for starters, on a good day she can lift 568 pounds, the equivalent of an adult male lion. At 23-years-old, she’s the highest ranked weightlifter in the United States, and is probably the country’s best shot at winning an Olympic weightlifting medal at the upcoming London Olympics. Unfortunately, she’s also impoverished — receiving only $400/month from U.S.A Weightlifting, she struggles to pay for food, often relying upon the kindness of her community to fuel her 4,000 calorie lifting diet. The cause of her struggle? Robles, who is 5 feet, 10.5 inches tall and 275 pounds, doesn’t qualify as conventionally attractive enough to net sponsorships and endorsement deals.

Endorsements are largely how Olympians bring in cash for their sport — take star-swimmer Michael Phelps, for example, who signed a $1 million deal to be a spokesman for Mazda in China. Companies can also compensate athletes with free goods, such as nutritional products and supplements. Robles’ only product sponsorship thus far is with PowerBar. She told BuzzFeed: “You can get that sponsorship if you’re a super-built guy or a girl who looks good in a bikini. But not if you’re a girl who’s built like a guy,” she says.

Weightlifters often have a difficult time picking up endorsements — the sport just isn’t that well known or revered. Of those who are sponsored, men often have an easier time of fitting within a brand’s ideal. After all, it is slightly more acceptable for a man to be large in the name of lifting things, as strength fits right in with a normalized performance of masculinity. Women, however, aren’t expected to be physically strong in the way men are (a societal expectation that dismisses women’s bodies as it places constraints on mens’), and they’re definitely not encouraged to be big. Even women of smaller stature face difficulties finding sponsorship, but it can be especially difficult for women who’s bodies are read as fat, a body type that is total anathema to branding in a very weight-conscious America.

Robles’ body composition had always caused her emotional hardship. From a young age she was incredibly self-conscious about her body type, and her fears about herself would only be slightly allayed when she started sports and realized that her large frame would prove to be an advantage. “I still have bad thoughts about myself, but I’ve learned that you have to love yourself the way you are,” Robles says. “I may look like this, but I’m in the Olympics because of the way I am.” 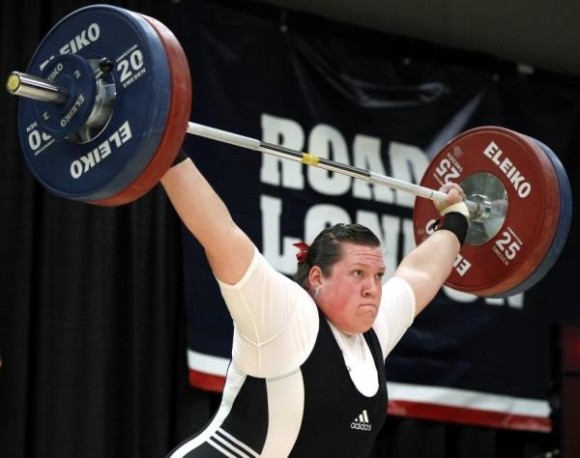 Robles will be attending the London Olympics with her mother Joy. Neither of them will have to pay for travel, lodging, or food, as this comes standard with being an Olympian, and Joy recently won a grant from Proctor and Gamble for Olympic parents. “I really didn’t think I had a chance in hell of going,” says Joy. “We’re so used to not good stuff happening, so this is just kind of mind-boggling.” Due to her current financial constraints, she had only been able to see her daughter compete three times.

Female US weightlifters aren’t very optimistic about their chances in London. After all, women’s weightlifting has been an Olympic sport since 2000, yet only two American women have ever earned medals: Tara Nott, who won gold in the flyweight category, and Cheryl Haworth, who earned bronze in super heavyweight, Robles’ category. If she does win a medal, her chances of a financial sponsorship likely won’t increase. Cheryl Haworth, who won her medal at 17, ultimately didn’t see much of an increase in corporate interest in her brand, and she was forced to sell her house and move to the Olympic Training Center in Colorado Springs.

For Robles, competing at the Olympic level carries more than just a chance to win a medal, but also the promise of being a role model for plus-size women everywhere. She has branded herself as such: on her blog, Pretty Strong, she writes about weightlifting, the faulty assumptions of a culture that assumes that thin = healthy, and the importance of her mantra, “Beauty is Strength.”

“I’ve learned that if you love yourself now, you can do amazing things. If you don’t, you’re closing so many doors,” Robles says. “It’s not an easy thing to do. It takes work and it takes practice. Just like my sport.”

We wish her the best of luck! Bring home the gold, Sarah!

Edit: Some commenters have expressed interest in fundraising for Sarah. Here’s her IndieGoGo campaign!