Not A Drill: Dragonriders of Pern Movie Nabs Female Screenwriter!

A "Dragonwriter," if you will. 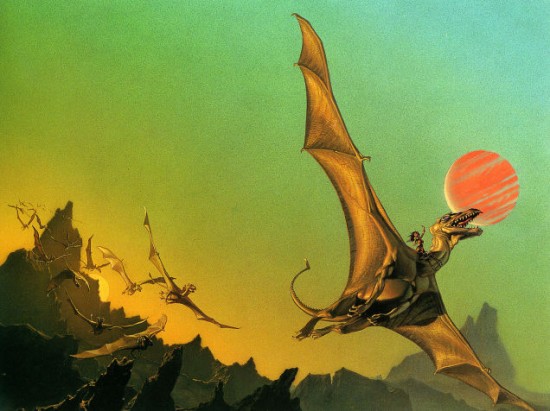 Oh, joyous day! According to /Film, the long-awaited adaptation of Anne McCaffrey’s Dragonriders of Pern series now has a screenwriter: novelist Sarah Cornwell!

Cornwell is the author of the recently-published book What I Had Before You, as well as a screenplay for the supernatural thriller The Forest, “based on an original idea by David Goyer.” She’s currently working on an adaptation of the memoir Demon Camp for Montecito Pictures.

Although I’m not familiar with any of Cornwell’s work, her appointment as a screenwriter is a sign that this time, it’s actually happening: despite Warner Bros. optioning the 22-book-series earlier this year, I was still pessimistic that an actual film franchise would ever come to fruition. Besides, considering all the nerve-wracking names that could have been attached to a highly-anticipated project like this, I’ll take a relative unknown writer over the alternatives anyday.

Previously in my other ride is a dragon