The Pern Effect: Fantasy Books From the ’60s and Beyond That Deserve the Big-Screen Treatment 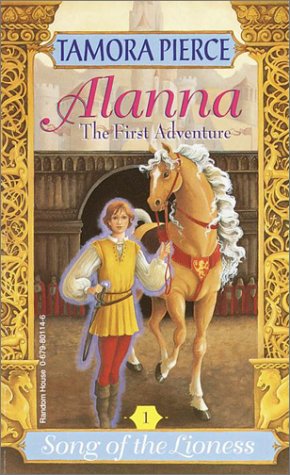 Growing up I spent a lot of time in the safe space provided by my favorite fantasy novels, so when it was announced in July that Anne McCaffrey’s 22-book-series Dragonriders of Pern had been optioned by Warner Bros., I was overjoyed. Not only would a movie adaptation let me re-experience the thrill of reading McCaffrey’s stories for the first time, but the news also introduced me to the massive Pern following I hadn’t realized existed. It was similar to the experience I had earlier this year when when Studio Ghibli announced their animated series adaptation of Ronia the Robber’s Daughter—the connection I felt to my favorite fantasy worlds was so personal it was almost myopic, and I needed the excitement of other readers to remind me that great books don’t exist in a vacuum.

Anticipating these adaptations has warmed by cold blogger heart and cemented my solidarity with other nerds whose favorite recess activity was Madeleine L’engle. In honor of that new-found connection, below are some more fantasy (and in some instances, borderline sci-fi) novels that I found personally important and would love to re-live on the big screen. To be clear, all of these books are amazing in their own right and don’t “need” film adaptations, but as Rebecca pointed out in her Defense of Reboots last week, no movie is necessarily ever “needed.” Some of our culture’s most enduring tales are the ones that have been adapted and re-adapted over time—these are just the books I believe have the potential to inspire incredible films, but could withstand even the worst retelling.

Another positive aspect of adapting books for film (particularly fantasy) is that changing the story’s format might allow for problematic aspects of the original content to be addressed. As a young kid I gravitated towards some books partially because it was easy to find a representation of myself in them—but as unconditionally as I love some of these stories, their glaring lack of diversity makes that a privilege many readers don’t have. Exposing a new generation to these books via film will show both how far fantasy has come and how far it has to go, and I for one hope for many more Pern-style revelations in the future.

Are there any books I missed that you think should make the cut? Any novels it would be sacrilegious for a director to touch? Suggestions on how to shoehorn Tatiana Maslany into even more dream projects? (I already have her down as a Rainy Basin dino. Don’t worry.)