Arterton and Ronan Cast in Vampire Flick | The Mary Sue 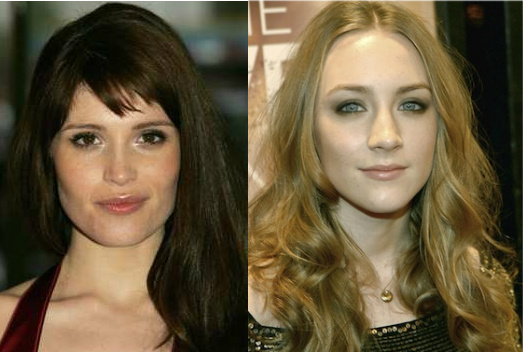 Gemma Arterton (Clash of the Titans) and Saoirse Ronan (Hanna) will be playing vampires who are mother and daughter, respectively, in the film adaptation of Moira Buffini‘s play Byzantium. Their characters pose as sisters while roaming Britain for human blood. The director will be Oscar-winner Neil Jordan, who has some familiarity with the vampire genre after directing the 1990s Brad Pitt–Tom Cruise vampire hunk extravaganza Interview With the Vampire. (Geek cred: He is also set to direct the adaptation of Neil Gaiman‘s The Graveyard Book.)

Here is a description:

Two young women arrive in a nameless British smalltown. Their names are not their own. They don’t declare their ages. Their relationship with each other is not clear. Are they sisters, as their assumed identities declare? Or are they mother and daughter? The eldest, Claire, takes a job in a pub. The youngest, Eleanor, goes to school.

And then, Eleanor (Ronan) admits to sucking human blood for 200 years during a “truth exercise” in drama class and people start wondering if she’s crazy, anorexic, or a little bit of everything. No one can really tell what the deal is with these women who look like young sisters but are really a couple of centuries old.

Byzantium was originally written as a play for young adults, but Buffini will be changing it to make it darker and for a more grown-up audience. Helena Bonham Carter and Ralph Fiennes are also attached to star, and Jordan (who won an Oscar for his screenplay for The Crying Game) will be collaborating with producer Stephen Woolley. It’s going to be very hard for this to suck. (See what I did there? Sorry.)

(Geek Tyrant and The Daily Blam)