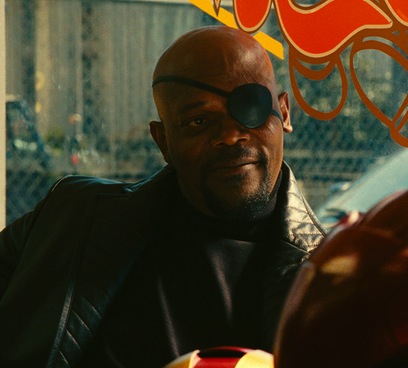 “I just wanted to order a three piece [in Pollos Hermanos] and really freak people out. Then people would be going, ‘Wow, was that him?'” — Samuel L. Jackson on his proposed Breaking Bad Nick Fury cameo; when The Avengers was shooting in Albuquerque, Breaking Bad was in the studio right across the street.

Oh, Samuel L. Jackson. I love so much about the things you choose to be.