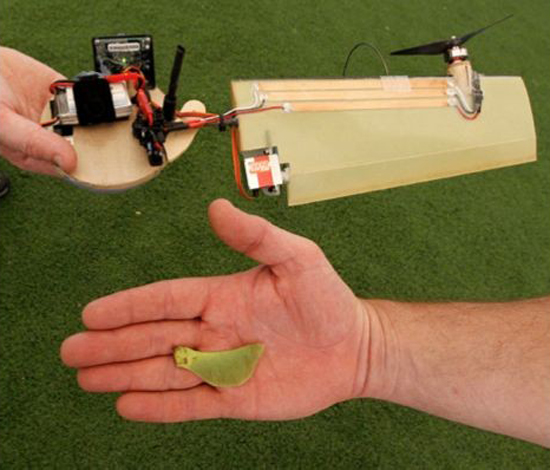 Quadrotors are so passe. At just ten inches long and a mere 1.5 pounds, Lockheed Martin’s proof-of-concept monocopter called the Samarai is a surprising little aircraft. Taking power from a single rotor, the craft spins at high speed with lift from its lone wing using the same principle as a maple seed.

Capable of taking off from the ground or after being tossed in the air, the Samarai can hover and maneuver well in confined spaces. An onboard camera takes advantage of the craft’s constant spin to provide a 360º view, streaming back to operators in real-time.

Though the Samarai is only a proof of concept, Lockheed Martin hopes to someday get a monocopter UAV into the wild. The compact design would be ideal for soldiers looking to get added surveillance in a particular area. Size is one area the developers hope to continue to improve upon, telling Popular Mechanics they hope to get it down to the size of a fingernail.

Read on below for video of Samarai taking flight.

(via Popular Mechanics, image via Gizmag)