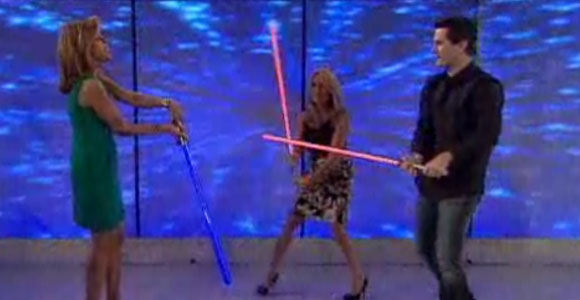 The first thing you need to know about actor Sam Witwer is, he’s a huge geek. So it’s no coincidence he’s had roles as the vampire Aiden on the U.S. version of Being Human, Doomsday on Smallville, Crashdown on Battlestar Galactica, or Starkiller in the video game Star Wars: The Force Unleashed. He’s truly living the dream. The actor has also voiced the character, the Son, on Star Wars: The Clone Wars and just took on another role for the animated series, that of Darth Maul. To publicize his latest appearance, Witwer visited the Today Show to give hosts Hoda and Kathy Lee a few pointers on how to wield a lightsaber. Take a look at the video after the jump!