All the Flavors of Antagonist and My Favorite Is Salty

Face in the mud on a rainy day 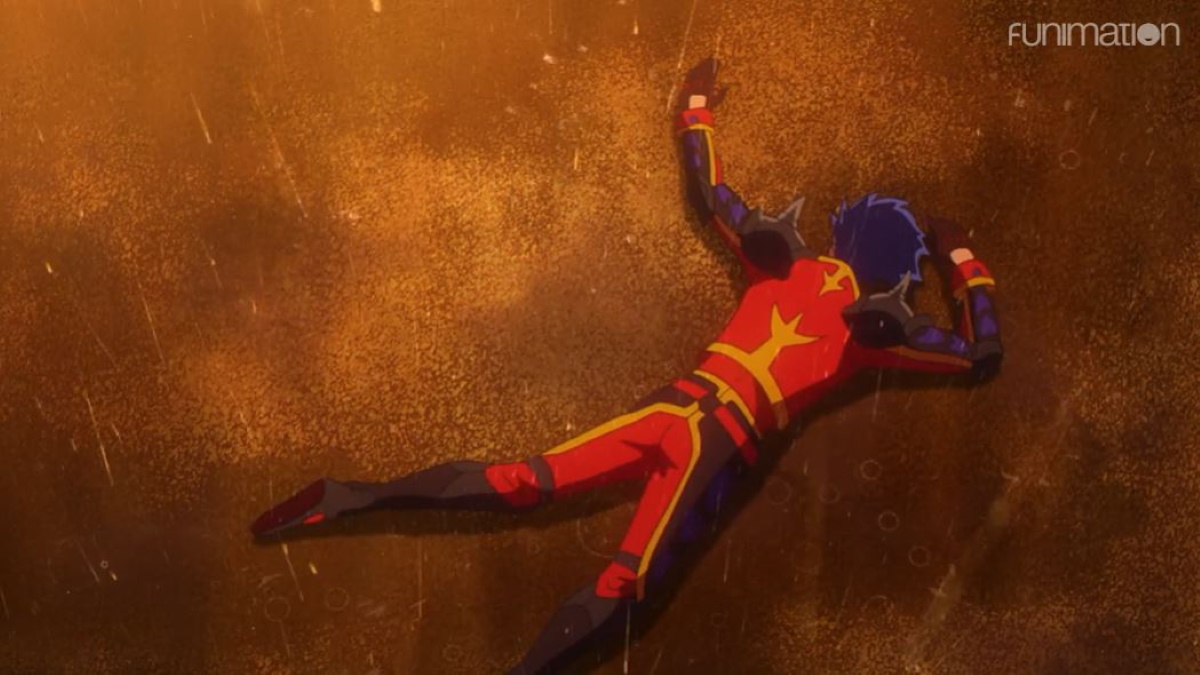 Spoilers for SK8 the Infinity and My Hero Academia

Every great underdog finally getting the respect they deserve story comes equipped with an antagonist to defeat. You can fill in the blanks with your favorite matchups, but since we’re nearing the finale of the anime SK8 the Infinity and I am now 100% skater boi trash, I choose Reki Kyan and Ainosuke Shindo (Adam).

All the components of their reheated beef were there: the sunshine boy who’d been beating himself up about his skill level in the sport he loves versus the highly suspect villain who’d been winning his matches via extremely arrestable methods. Sorry not sorry, but grabbing your skateboard and slamming it into your opponent like you’re playing Dead Rising and grabbing whatever blunt object you can is NOT a special skill, even if Adam has a name for it now (Full Swing Kiss).

However, the move didn’t work against Reki, who dodged it like a pro and sent Adam toppling into the mud.

Despite this, Adam still managed to win, but afterward, something amazing happened. 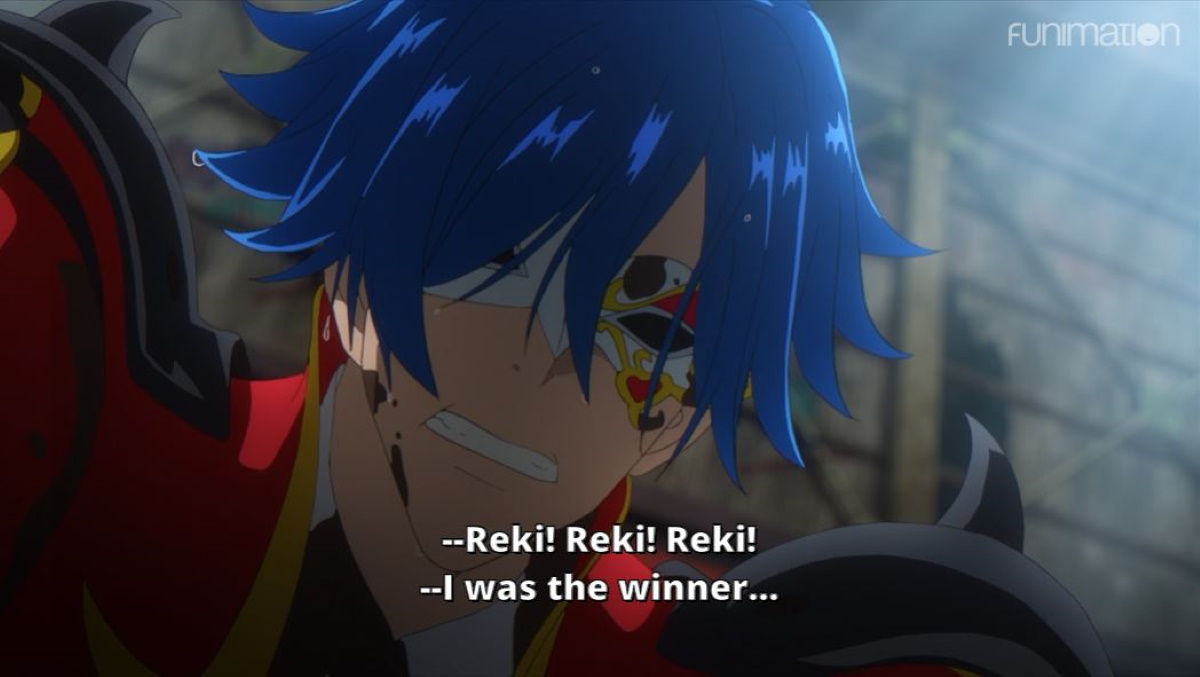 Adam had technically won, but in the eyes of everyone in the underground skating arena known as S, Reki was the true winner.

That’s when I realized … I really love it when this happens. Like. A lot.

It’s one thing to defeat the villain of the story, especially if it’s a defeat at the hands of the character you least expect, but to have the villain WIN and STILL be unsatisfied? Over a match that he himself orchestrated? Not only is it a satisfying level of salt, it’s really the only way a character like Adam would truly get his comeuppance. 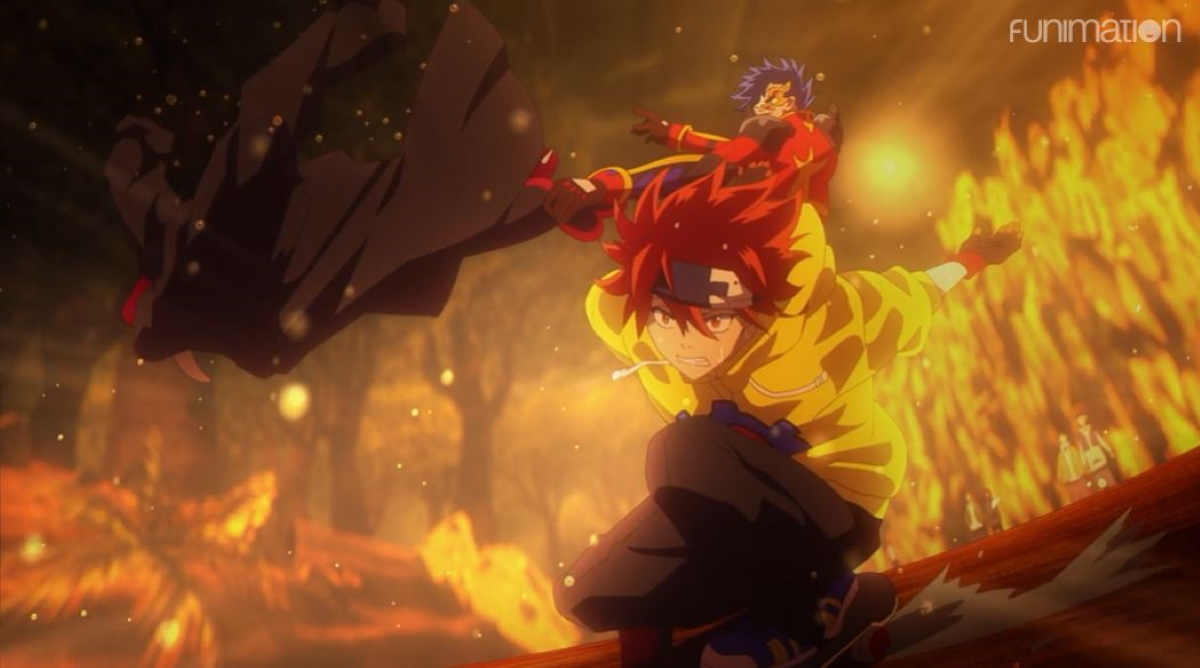 There’s a certain type of antagonist who can only lose by winning. They’re too stubborn, too misguided, to learn anything if they lose and they most definitely don’t deserve to win. So it’s not enough to beat them at their own game, they have to, technically, get what they want, but get it in a way that’s wholly unsatisfying. It’s not so much a moment of “I thought I wanted this, but it turns out, I don’t,” but more of a “This is what I wanted, but I didn’t get it the way I planned to, and that makes this victory feel rotten.”

Adam is looking forward to going up against Langa, but the way he reached this point is utterly humiliating. All of S used to cheer when Adam showed up, but they not only thought he took things too far when going up against Reki(the way he was thrashing him all around the track), but Reki was so impressive that all the praise went to him, not Adam. In fact, they all laughed at Adam, called him pathetic, and the one person he’s been trying to get closer to (Langa) is completely uninterested in him. A few episodes ago, Langa may have looked forward to going up against Adam since he’s a good skater. 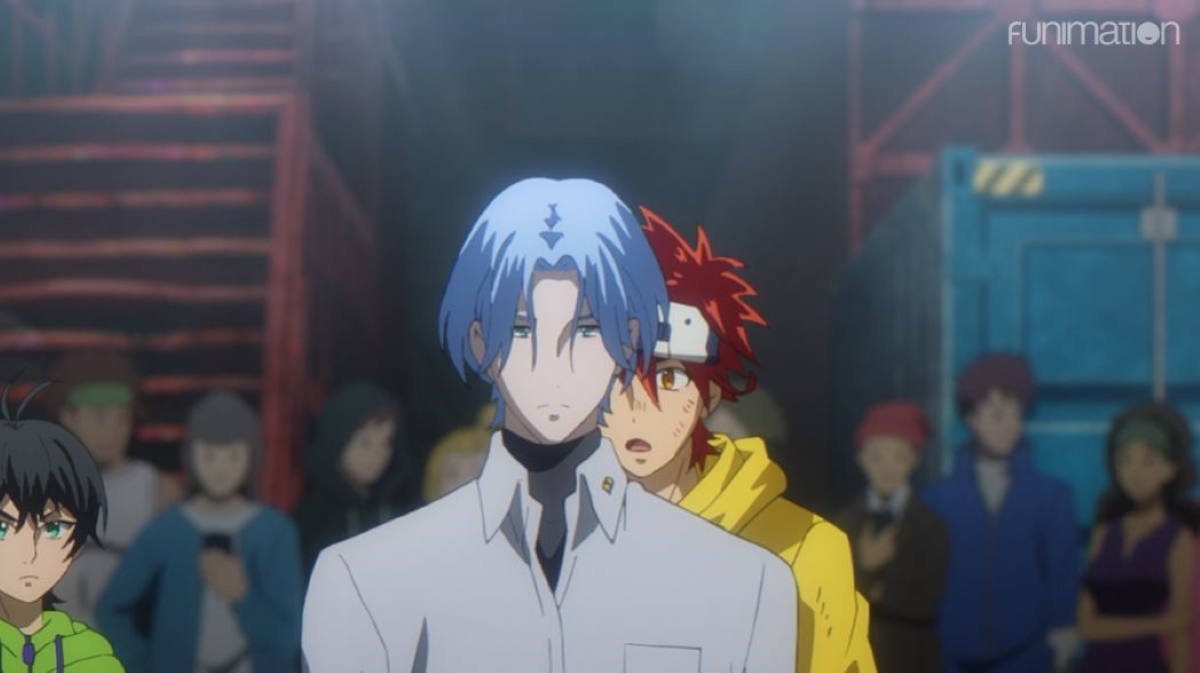 Another great example of this is Endeavor from My Hero Academia. While he’s not classified as a villain, his methods to becoming a high-ranking hero were extremely detrimental to his entire family. We see that through his youngest son, Shoto Todoroki, and the abuse he suffered. The Todoroki family is a fractured mess, but hey, Endeavor eventually ends up taking the number one spot.

All his hard, destructive work … means jack shit. This is because he didn’t earn that top spot, he gets it by default when All Might retires. This means he will never have the chance to actually see if he’s better than All Might. Not only that, but since All Might’s retirement was so abrupt (and in response to him sacrificing his hero self for the sake of humanity) all eyes are on Endeavor to live up to that legacy. All Might was already a giant presence in the hero world, but the way he retired was so heroic that society will be talking about it for generations to come. 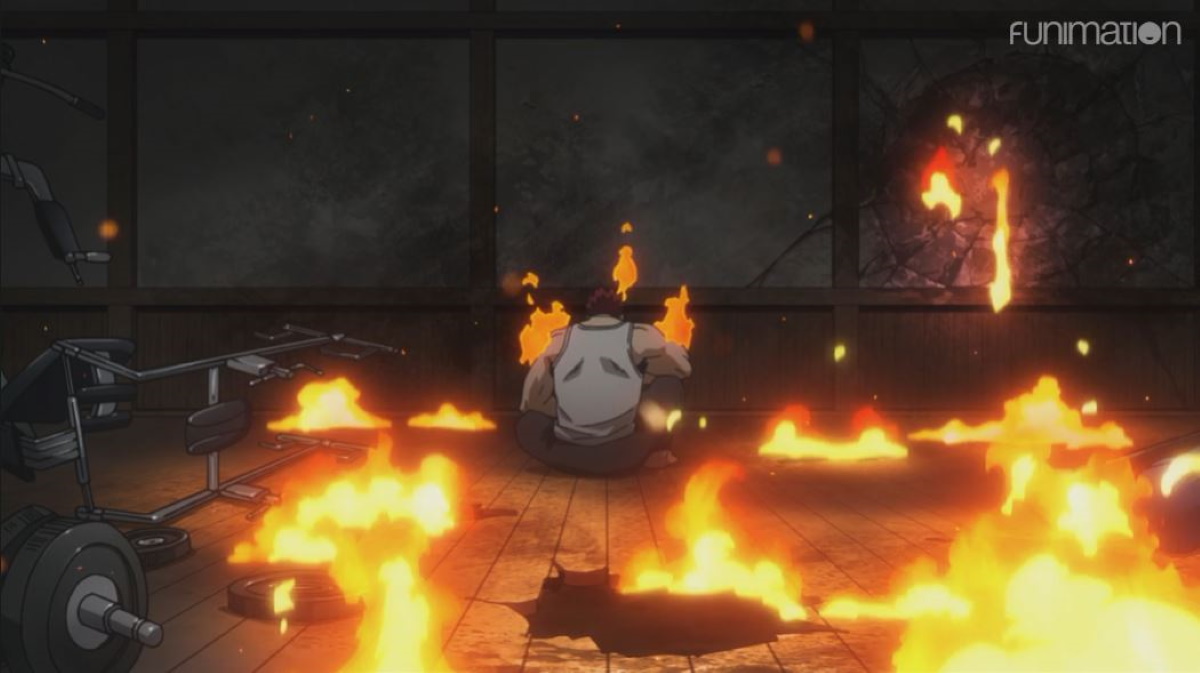 It’s what he deserves, to be honest. Had he gotten the spot by beating All Might, he wouldn’t have really learned anything. Sure, he would’ve had to live up to some high expectations, but had he actually bested All Might, it would’ve felt like he earned his place despite all the terrible shit he did.

On the flip side, had All Might kept the spot, Endeavor would still be angry.

Instead of picking one or the other, My Hero Academia said, “No, you win … but not the way you want.” This way, Endeavor got what he wanted in the most unfilling way possible, which forced him to reflect on, well, everything. He was suddenly in the top spot, which is what he was striving for, but he only made it there because the other guy stepped down. This is something that gets pointed out, often, because everyone’s mourning All Might’s retirement.

Yeah, he’s going to the finals, which is what he wants, but the crowd is way more invested in Reki.

I think the salty antagonist is my favorite because it shows that using destructive means to get what you want will end poorly, and not in the typical “good triumphs over evil” fashion. Yeah, no one wanted the antagonist to win, but typically it would lead to, at least, a fearful reaction from onlookers.

To have a completely indifferent reaction from everyone hits harder.

I also think antagonists/villains/anti-heroes/whatever word you wanna use to describe them are more interesting if it’s not as simple as “I win” or “I lose.” I think it’s interesting that Adam is getting the match he wants with a face full of dirt. No one’s in a bad mood about Adam winning, instead, everyone’s celebrating Reki, even if he lost. In fact, Reki gained an incredible amount of respect and notoriety from everyone, after all, before the match started no one even knew his name. This shows that the hero can still come out on top even if they “fail.” Reki didn’t need to win the match to get his sense of self-worth and love for skateboarding back, he just needed to skate. 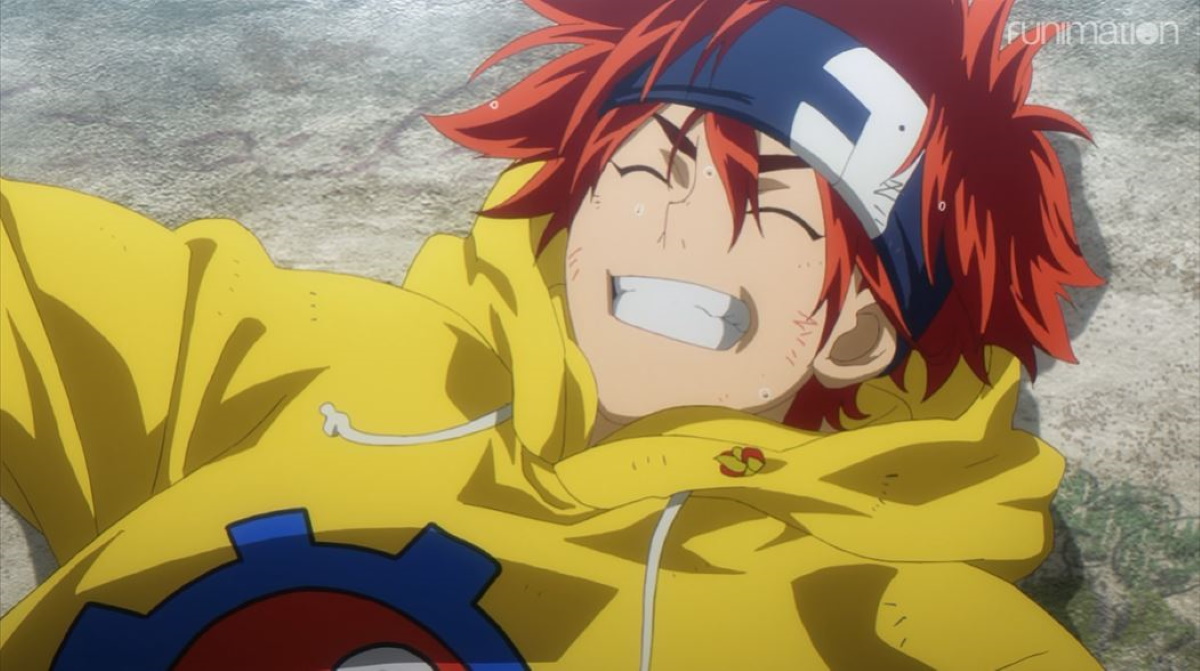 Adam, meanwhile, is still clinging to this hope of having Langa become his “Eve” and fall with him, but that opportunity is long gone. I truly think, with the finale approaching, that if Adam beats Langa, Langa’s not gonna care, because he’s way more invested in having fun with Reki. If Langa beats Adam, well … Langa’s still not gonna care, because, again, he’s more invested in having fun with Reki.

No matter what happens, Adam is gonna lose. All that’s left is for him to either come to terms with his terrible ways or be a miserable matador who loves alone.

And we couldn’t have reached this point without Adam “winning.” 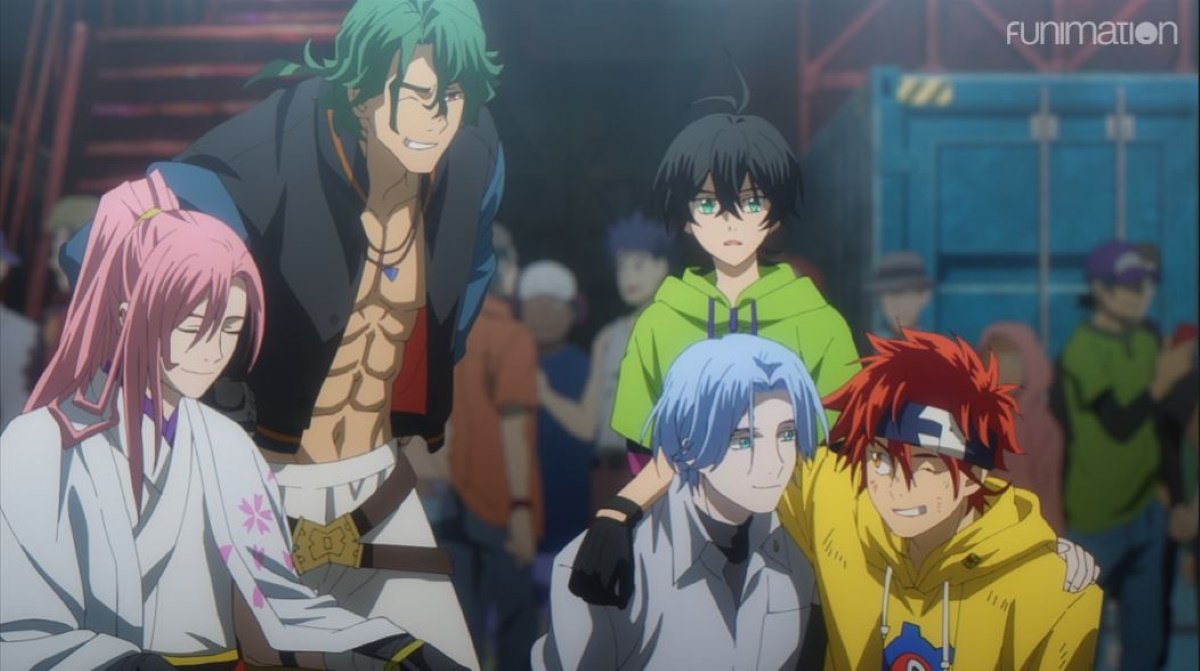