At this rate, Crystal Tokyo is going to get here before the new show does. 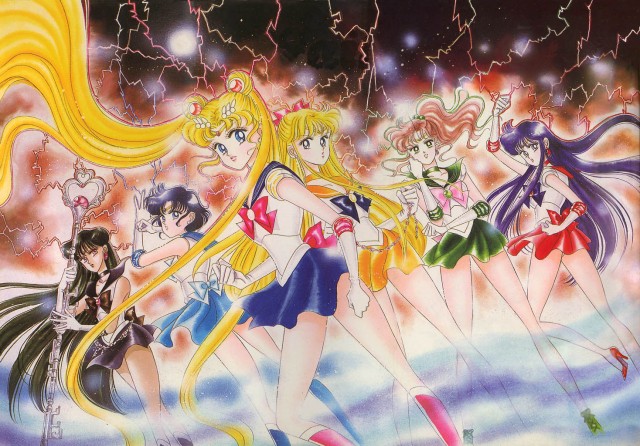 Since a reboot of the beloved Sailor Moon series was first announced back in 2012 as part of a 20th anniversary project, Geekosystem has hired not one but two different moonies to write for the site. So you can bet that we’re pretty pumped to learn more information about the highly-anticipated show.

First the facts: the new Toei Animation-produced Sailor Moon anime will definitely premiere sometime in July of this year (yes, we know it’s already been delayed twice and was supposed to premiere in January. Shhhh. Animation is hard), and will be available for streaming worldwide on niconico in 10 different languages. We’ve also learned more about who’s involved on the creative team: Munehisa Sakai from One Piece and Suite Precure will be directing, and the series supervisor will be Saint Seiya Omega‘s Yuji Kobayashi.

Producer Atsutoshi Umezawa, who’s also well known for his involvement with the similarly Magical Girl-themed Precure series, also offered up a more in-depth description of what we can expect from the series:

Hopefully this means that some of the original problems with the anime’s first run — namely the weird plot holes and confusing exposition dumps that sometimes came about whenever the producers had to wait for a new volume of the manga to get released. But I very much hope that they give this new series the same amount of character development and heart that we got from the anime. Even when we were sitting there feeling confused as hell about talismans and golden crystals and star seeds, it was fun to watch all the varied and nuanced personalities of the different senshi as they interacted with one another.

Also, they’d better make sure they don’t lighten Sailor Pluto’s skin color this time around, because in the black and white pages manga she was veeery dark, and in the art books/anime/promotional images she was mostly just a more olive-hued shade of pale than everyone else. Not good enough, 20 year old franchise! 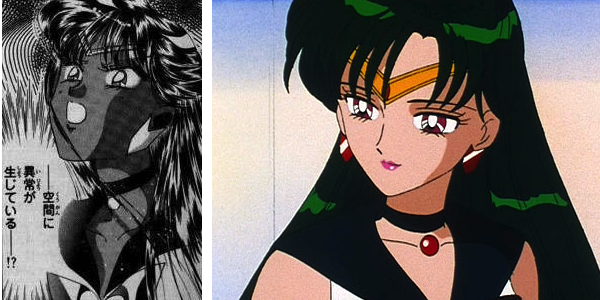 Also, I want less stock footage transformations/attacks so that they’ll be woven into the storyline more, and I want more of Haruka and Michiru being the cutest all the time, and I want a Sailor V episode, and I want more flashbacks from the Silver Millennium and and and IS IT JULY YET!?