Let's rip off that bandaid together. That’s it. That’s the show.

In all seriousness, you all know about the recent issues I’ve had with Sailor Moon Crystal‘s pacing, lack of personality and in particular its insistence on developing its male characters almost at the expense of its female ones—all of which has gotten harder as the series descends into its denouement. So did this, the official end (? we’ll get to that) of the Dark Kingdom Arc, manage to turn the show around for me?

We start where we left off in the last episode, with Sailor Moon striking a fatal(??? we’ll get to that, too) blow against her boyfriend and then turning the sword on herself for an equally devastating (????????) wound. In her final moments, Sailor Moon reminiscences about a their unmistakable chemistry that transcends lifetimes, and promises that they’ll find one another again in their next life. Usagi, you do know that you only got a second life because of your Moon Queen, right? That’s not usually… a thing?

Before the senshi can react to their fallen leader (although let’s face it, they’re pretty bad at reacting to things as it is), the Legendary Silver Crystal appears and traps the two lovers inside, which makes it very convenient for Queen Metalia to swoop on in and swallow them both whole, in the process knocking down our girls like they’re Figuarts without a stand. 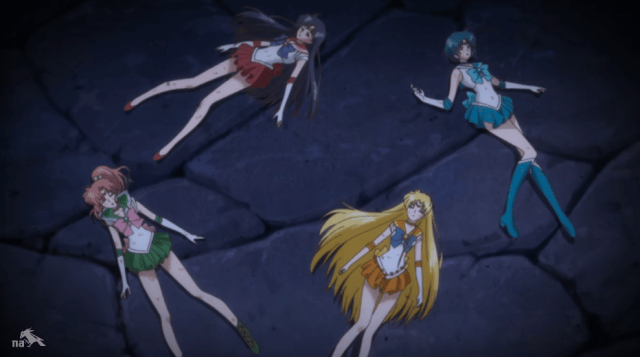 I’ll say one thing about seeing the senshi getting continually thrown to the ground—it probably makes them a lot easier to animate.

Oh, also, Luna and Artemis are here for reasons. In typical Crystal fashion, Luna gets mortally wounded and blames herself for all of their problems, only to be told be her male counterpart to get over her feelings and do something about it. Because we don’t need the Prince to solve our problems, am I right guys?

Anyway, the senshi find their courage and go to confront Metalia, where they immediately get wrecked again, and her toxic purple Ghostbusters 2 emotion goop begins to travel around the world and make people want to punch each other. The senshi then give up because it’s too haaaard, and only mobilize themselves a final time after a quartet of little light balls fly out of Metalia and into each of their chests, giving them all fond memories of the first time Usagi said something nice to them. This would probably be more effective (and has been, in previous versions of the show) if the characters all had more than a single one-on-one interaction with Usagi over the course of the show, but they haven’t, so it isn’t. Also, the way it’s framed as something that travels to them from outside their bodies aggravates me. It’s their memories, shouldn’t that power be coming from within them?

Galvanized by their respective light balls, the senshi decide to use the energy that helps them transform to revive Sailor Moon and Tuxedo Mask (I think), but it’s unclear if it even reaches them, because Metalia delivers a final blow that kills all four of them at once in the most anticlimactic way I have ever seen. But just in case you were already worried that their sacrifice was for nothing, Sailor Moon wakes up without a scratch on her because the sword actually stabbed Mamoru’s watch. So surprise! It totally was for nothing. 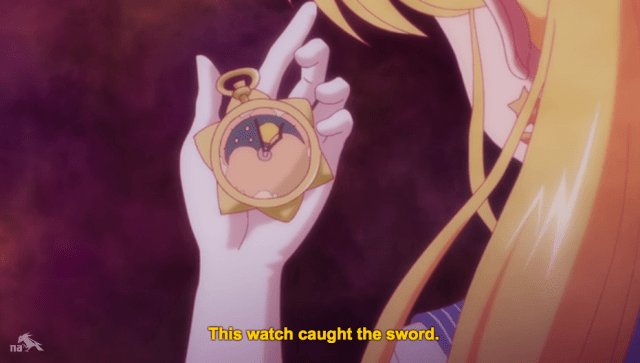 Can someone explain to me how a sword that can literally shatter diamonds is going to get stopped by glass?

I mean, I suppose you could argue that Sailor Moon only thinks that’s what stopped the watch and doesn’t know her friends are dead, which would be a wonderfully angst-ridden plot development. But given how dependent on Mamoru the series has been up to this point, it makes more sense for us to take this revelation at face valueHEY NOW THERE ARE ZOMBIES 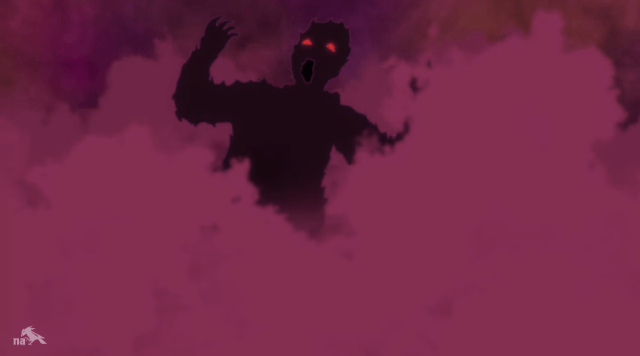 It’s okay, gang! The Toxic Avenger will save us!

I’ll admit, I laughed so hard at these guys. Metalia uses them to threaten Sailor Moon until, frantic, she breaks through Metalia’s body to be with the other senshi. I’ll admit, the idea of Usagi defeating an enemy with only the strength of her desire to see her friends is normally exactly the sort of thing what I want to see—but then Tuxedo Mask wakes up and makes it all about him again when Metalia gears up for Round Two. But he has help! In the form of—uggggggggh go away 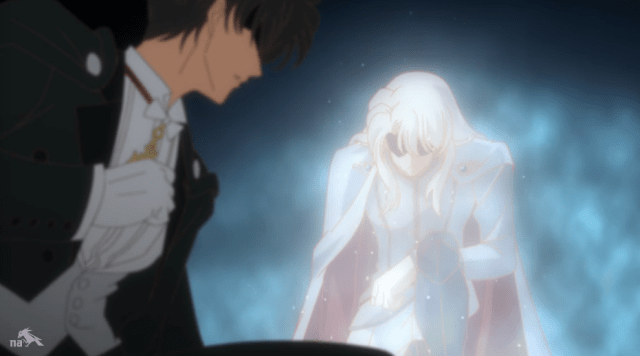 God damn it Kunzite no one invited you

Evidently Tuxedo Mask was not saved by the Silver Crystal or even the senshi’s sacrifice, but by the stones of his former companions—which he should not actually have in his possession in the first place, because in the manga those stones are supposed to be all that remains of their bodies and Metalia pretty much ensured that there were no remains to be had last episode. But whatever, I’d totally rather have it strongly implied that Mamoru relies on his friends to save him rather than his girlfriend while Usagi relies on her boyfriend rather than her friends, right?—oh wait no that’s literally the opposite of what I want.

All right now, home stretch. Kunzite appears as a ghostly presence to explosition-splain Metalia’s weak spot—which is the GIANT TARGET on her forehead, basically— and also give him a nice pep talk about how they’ll always be there to protect him and oh my god WHERE ARE THE SENSHI’S GHOSTS THOUGH WHAT ABOUT THEM. Mamoru relays this to Usagi complete with his own pep talk for her, which gives her the confidence she needs to tap into her Legendary Silver Crystal powers and seal Metalia away once and for all.

Okay! Finally! Here it comes! Big climax! Sailor Moon taking control of the situation! The entire episode’s been nothing but passive and static visuals so this must be where they’re going to really impress us! Let’s go!

WOW WOW WOW ARE YOU KIDDING ME, CRYSTAL.

For people who haven’t seen the episode yet, that’s not two frames from the scene that have been taken out of context and looped. That’s literally what her twirling the Moon Stick looks like, in its entirety. And don’t even get me started on the terrible twirling ribbon nonsense that precludes this majestic bit of animation. Christ, Crystal, I know you’re on the world’s worst budget for no discernible reason, but what the fuck is this? Did nobody teach you how to motion blur correctly?

And then, of course, the whole thing ends with an unnecessary cliffhanger, because of course it does. No, you know what, Crystal? I think we’re done here. Moon Pride betrayed me. I’m just going to go watch the Moon Revenge scene from the R Movie instead.