What's this? An episode that isn't named after Tuxedo Mask? 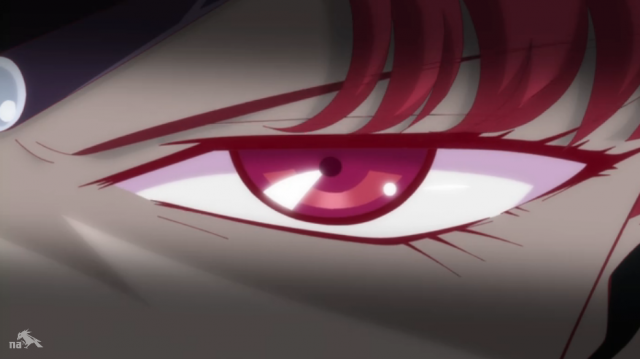 As always, we’ll be pretty fast and loose with anine/manga spoilers around here, so if you’d rather not deal with those you can always check out Susana Polo’s newbie recaps of the original ’90s Sailor Moon instead. Surprisingly, we’re actually pretty close to being caught up with one another, plotwise.

Where we last left off, Queen Beryl had dropped the bombshell on Sailor Moon that the tuxedo-ed figure she’d just decided was an Endymion imposter actually is the real Endymion who was raised from the dead by Queen Metalia, which… well, pretty much leaves us exactly where we started, honestly. But because Crystal is all about teasing out the drama as s l o w  a s  p o s s i b l e, it takes a couple minutes of Sailor Moon freaking out for us to get there. Meanwhile, Endymion stands there and does nothing, which is a pretty good look for him.

When we come back from the opening titles, Sailor Moon still refuses to fight Endymion, who is now charging a blast of dark energy to throw at her, and this is literally like a shoujo episode of Dragon Ball Z right now where no one is doing anything except OH WAIT 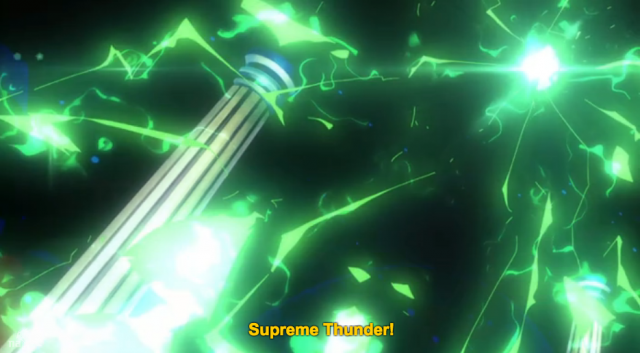 FINALLY Jupiter’s up and ready to fight as well, and now it’s the senshi’s turn to do their best Saiyan impressions and charge up their own power. Mercury says she’s creating a shield, but I’m guessing this is a translation error because what she actually does is teleport them all away from their Headquarters—you know, the clearly spatially defined background that has emotional resonance for us as viewers—into a vast void of nothingness so they won’t animate all those blasted columns. Even Beryl is like, “this move is totally pointless because I am totally capable of destroying you wherever,” and then demonstrates this by wrapping the senshi up in her evil demon hair, Mistress 9-style. Except it actually sort of looks like gum?

That’s when Beryl starts to monologue, of course, and Sailor Venus suddenly recognizes her as the human all those years ago that “sold her soul” to Queen Metalia and led the rebellion of Earth against the Moon. This pisses her off, and she summons the holy stone sword to slice away Beryl’s hair.  Now, I checked on this—remember that time in the last episode where Venus pulled the sword out of the stone all by herself? In the manga, that’s supposed to be Jupiter—and in the manga for this episode, it’s also Jupiter who grabs the sword out of Venus’s hands and attacks Beryl. I just wanted you all to know that, because Jupiter is the best.

But! BUT! Then Sailor Moon grabs a hold of the sword, and she and the other girls work together as a team, all attacking Beryl from different sides and giving Sailor Moon the opportunity to hit Beryl at her weak spot: the central charm in her necklace. It doesn’t work at first, but as Beryl is mocking Sailor Moon, she gathers up the emotional strength to awaken the Legendary Silver Crystal, which charges up the sword and totally messes Beryl’s shit up. This is entirely unlike what happens in the manga—Venus just stabs Beryl in the stomach in that version—but as aggravated as I get sometimes when Crystal focuses its attention too strongly on Usagi, this scene works fantastically well, if only for the rad teamwork aspect.

And then Beryl explodes Voldemort-like into a bunch of little pieces. Oh, first she gets a little bit of backstory: turns out that in the Silver Millennium she has a super mondo crush on Endymion, which she’d hoped they’d be able to act on this time around. It’s ridiculously cliché, of course, but each little glimpse of the Silver Millennium invigorates me so much. Honestly, I wish they’d forgone the manga’s exact narrative structure for an entire flashback episode, if I’m being honest. But mostly the exploding thing.

Anyway, now there’s writing appearing on the surface of the sword. It says, roughly: “When the sword shines, within the breast of a queen lies the Legendary Silver Crystal. It will work as she wishes. Hold the crystal and awake the power of the Moon. Offer a prayer to the divine power of the Moon. Then do a hokey-pokey and turn yourself around for the Moon. Lather, rinse, repeat. ” 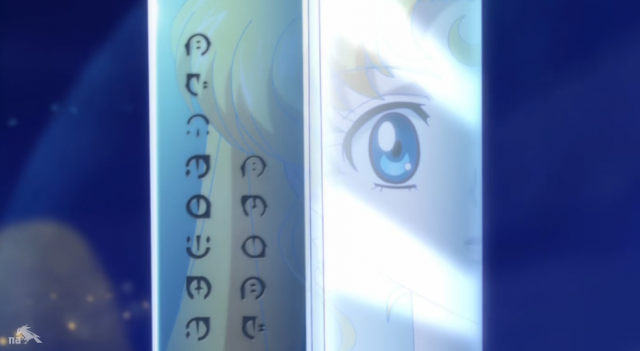 Meanwhile! The cloud of vapors that is Metalia gently reminds Endymion that oh yeah, he’s still there and also evil, and tells him to go grab that sword out of Sailor Moon’s hands. He does, but she races after him (in the manga he also scoops up Sailor Venus for some reason and Sailor Moon is actually chasing him to rescue her, but as much as I love proactive-friend-saving Usagi, that admittedly makes no sense) into a weird portal and disappears, much to her senshi’s chagrin.

After the episode break, Sailor Moon is chasing Endymion through a maze of columns, perhaps to make up for this episode’s distinct lack of columns this far. She attempts to appeal to him using her old Moon name, Serenity, which works in that it causes Endymion to feel an emotion. 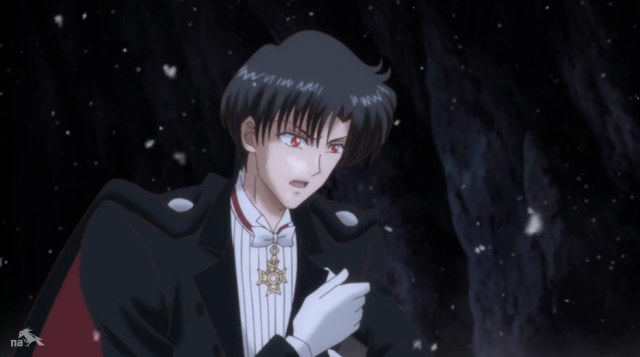 Or maybe heartburn. Either or.

This, of course, upsets Endymion, and he grabs her by the throat, demanding to know why the Legendary Silver Crystal isn’t doing anything right now.  Meanwhile, the senshi have tracked Usagi’s signal and are flying to meet them at D-Point on the North Pole. This is causing me to feel all sorts of emotions, none of them actually having to do with Crystal. Aaaaand who is there waiting for them but their inexplicably past life boyfriends, the Shitennou, who somehow managed to survive longer than Queen Beryl. Oh. Yay. But at least this time the senshi choose to fight, both to “restore their lost memories,” and to save Usagi, who’s getting her ass handed to her by both Endymion and Metalia, who’s now upgraded Endy to Queen Beryl’s former role of puppet ruler for Metalia’s power.

Luckily, Luna comes to Usagi’s rescue with some vital information: a piece of the Legendary Silver Crystal is inside Endymion’s body, and they need the full crystal if they’re going to use it to seal away Metalia. But we don’t get to see how that turns out yet, because we jump to the senshi launching an attack at the Shitennou, and then we spend like twenty minutes watching them remember their weird knight titles—right before Metalia blasts them into oblivion.  There is literally a crater left when she’s done, and I know I’m supposed to be saddened by the senshi’s crying over a bunch of dudes they used to care about getting wasted in front of them, but I still can’t help but feel like they all dodged a bullet. Especially Rei. Yikes, that pairing. 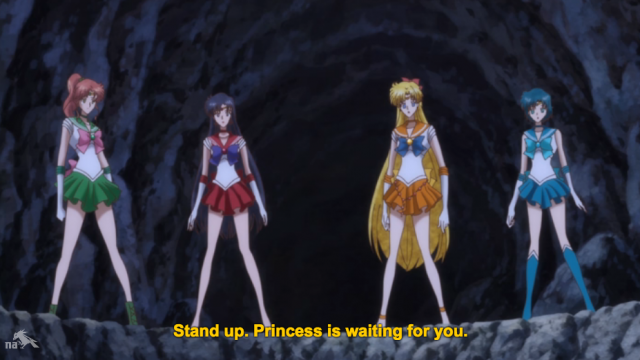 Yeah, that’s right. The ghosts of the Shitennou have to remind the senshi that they’re supposed to be saving their best friend. It’s just like the original D-point anime scene, except a thousand times worse for people who do not give even the slightest crap about this overly convenient, character-devoid pairing Crystal‘s trying to ram down our throats right now *coughme*.

Anyway, back to Endymion and Usagi: the healing attack she used on him didn’t work. So you know what that means: it’s time to grab a sword from your evil boyfriend and stab him in the heart with it!

But we don’t get to revel in Usagi putting aside her personal feelings and doing what needed to be done to save the world, because she’s not finished the arc of her swing before she turns the sword right back around on herself while all her senshi watch. Aaaand that’s where we end.

So. It happened. Those of us familiar with the manga pretty much assumed it was going to happen, especially given how closely Crystal has been following that particular version of the story. But honestly? It’s not even the fact that Usagi just killed herself that necessarily bothers me as much as the pacing of it—her death honestly came too soon after her killing Endymion to have any sort of emotional impact for me. Compare that to the recent La Reconquista musical, which literally follows the same plot with Endymion and Usagi, but gives both of the actors room to really play the scene and experience the emotions that these characters should be feeling. Honestly, I’d prefer that over the minutes upon minutes of each character agonizing over their decisions that went on in this episode. They only have 24 minutes per episode, I know, but they absolutely could be using them more wisely. And, you know, giving that time to the characters we actually care about.

Anyway, it’s pretty clear at this point what I think of this show. What about you all? Still hanging in there and enjoying yourselves?