Ryu Have I Loved: What Our Cartoon Crushes Reveal About Ourselves

We have all had our share of crushes.  They are one of those frustrating rites of passage that teach us about life and love and all that crap.  Crushes are so many things: blissful, depressing, exhilarating, anxiety-inducing, and almost always universally embarrassing.  Especially when the object of your affection exists in only two dimensions.

Surprisingly, there is very little literature on the subject of fictional crushes.  A Google search of “crushes on cartoon characters” reveals mostly topics in entertainment forums, nearly half of which are dedicated to Naruto.  Let us explore, then, for a moment, the psychology of crushes in general and their scientific purpose.  You may want to take notes.

Psychodynamic theorists hold the belief that crushes are formed on individuals that remind a person of their parents or another influential adult.  Others believe that the purpose of crushes is more Darwinian in nature.  According to psychology instructor Cathy Schoonover, “[evolutionary theorists] believe that people are looking for someone to further our species,” when they crush.  Thus, people form attachments based on genetic traits they find favorable.

That makes sense, but how does that explain the feelings one develops for a being that has no genetic make-up?  Are those feelings therefore frivolous and unworthy of exploration?  Not necessarily so.  There is a third school of thought on the nature of crushes, and that has its roots in Jungian theory.  According to Carl Jung, the unconscious mind projects qualities of an individual – qualities that might be repressed or unrealized- into the outside world.  Crushes are formed when the individual is presented with a personification of those hidden qualities.  For example, if someone has a secret desire to write humor, they may develop feelings for someone they consider funny or a character that makes them laugh.  A crush does not have to be an actual person to have validation.  Healthy crushes, fictional and non-fictional, are all beneficial to our personal growth.

To illustrate this point further, I have dredged up a selection of animated crushes from my own past to illustrate (no pun intended) how they helped inform my personality. Aw, Donny!  He was so adorkable with his techno-babble and his crazy inventions.  Sure, Raphael had his jokes, Leonardo had his two swords and Michelangelo had his…interesting culinary proclivities, but for me, Donatello was the brainy soul of the group.  Without him, the Turtles would not have been able to pull off some of their more complicated plans, and they would never have had anyone to design and build that kick-ass blimp.

What He Taught Me:  Intelligence is a virtue 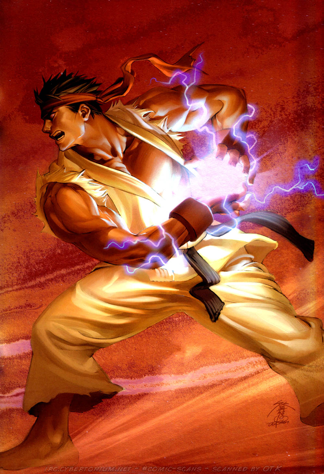 Street Fighter is my all-time favorite video game series in the history of ever, and my fervor manifested itself in my infatuation with its main hero, Ryu.  My cousin Erin would tell you that Vega was hotter, but I preferred the guy who was less likely to kill you for suggesting he looked “a bit tired”.  Ryu was not a social person.  He lived a solitary existence, traveling the world in search of worthy competitors while continually honing his karate.  In spite of this, Ryu maintains some close friendships, particularly with his rival, Ken.  There was something romantic to me about the integrity in which Ryu dedicated himself to his craft, and I have to admit that even today a well-drawn picture of him can give me butterflies.

What He Taught Me About Myself:  The importance of pursuing one’s passion; Being alone does not have to mean being lonely; An interest in martial arts that continues to this day. 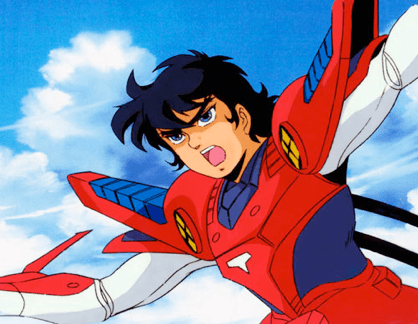 Why I liked him:  Oh God, this guy.  Ronin Warriors was a rather silly shonen series in which young men ran around in traditional crazy samurai armor, shouted for five minutes and occasionally defeated someone.  It was the early nineties, and in America the anime pickings were slim.  I credit the show with igniting my interest in Japanese animation, but still…Ryo?  Really?  Sure, he was the hero of the series, but he was so whiny!  There were four other Ronin Warriors who were less angsty, and one of them was even British.  What were you thinking, younger self?  Were you captivated by that unironic mullet?  Were you thrown by the fact that his name was one letter away from “Ryu”?  Was it because he had a pet tiger?  It was the tiger, wasn’t it?  I’m going go with the tiger. 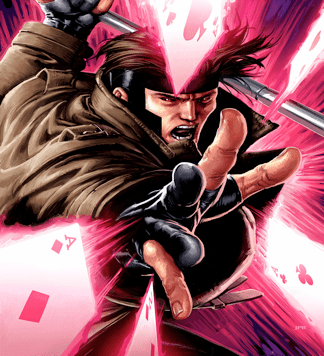 Oh, Monsieur LeBeau.  I discovered the wonderful X-Men animated series just as my puberty began, and I would never be the same.  If Ryu taught me how to love, Gambit taught me how to lust.  No other heterosexual man could have looked that manly in fuchsia, and no one else could have made a Cajun accent sound so seductive.  But Gambit was not just flashy sex appeal.  He deeply cared for Rogue, his teammate and love interest, despite the fact that her bare skin could literally kill him.  At a time when raging hormones and after-school Catholic classes were confusing the hell out of me, it was nice to know that sex was not the be-all end-all to a loving relationship.

What He Taught Me About Myself:  How important it was for a guy to accept me with all my flaws. 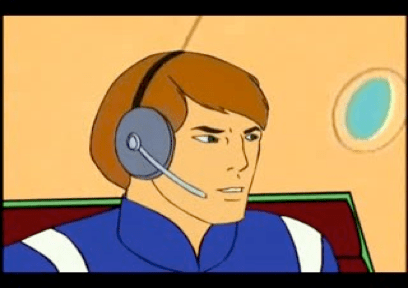 After I graduated college I spent two years living in suburban New Jersey, exhausted, broke and utterly terrified to make the next move.  I found solace in Cartoon Network’s Adult Swim block, which was then at its artistic apex, and an existential kindred spirit in Sparks.  There was something darkly admirable about Sparks: his refusal to ever leave his chair even when moving about, his schemes to make money and escape his watery prison…I may have found some parallels to my circumstances at the time. Sparks seemed keenly aware of the futility of his life, but rather than accepting fate he rebelled in ways both minor (sarcastic insults) and major (killing his fellow crew members to make millions in life insurance).  Odd as it may seem, that was kind of comforting to me.  My life seemed aimless at the time, but at least, as Sparks reminded me, I could see daylight.

What He Taught Me About Myself:  I never want to be 23 again.

Now that you there’s more to cartoon crushes than meets the eye (shout-out to you Optimus Prime lovers), take a trip down memory lane and see what your infatuations taught you about yourself.  It’s fun!