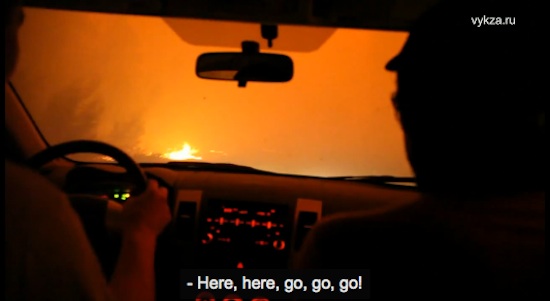 This video looks like something straight out of an action movie, but it’s deadly serious: For more than a week wildfires have continued to sweep through Russia, leaving thousands homeless and killing at least 40 people. The men in this video volunteered to help the residents of Tamboles Village fight the fire; by the time they realized that the village couldn’t be saved, the main road out of town was blocked by flames, and, surrounded on all sides, they plowed through it to escape.

Warning: Lots of (totally understandable given the situation) Russian swearing in the video below.