Russian Man Takes Four Hostages, Only Demands Are A Pizza And A Sprite 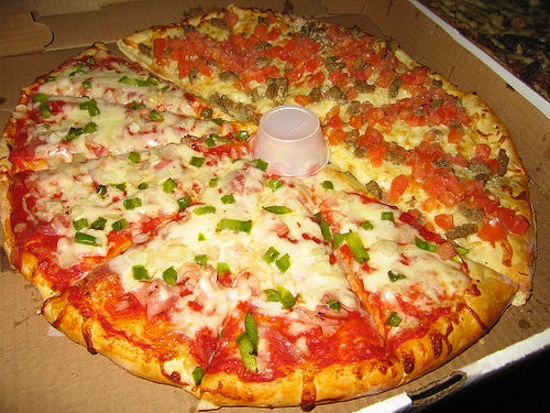 Today in “Totally Reasonable Ransoms” news, a Russian man armed with a handgun and explosives took four people hostage on a college campus. In return for the continued safety of his captives, he had some pretty simple, if slightly confusing, conditions. It turns out, the hostage taker just needed a good meal, demanding only a pizza and a Sprite from police. Which is really shooting rather low, if you ask us. Dude could have gotten a helicopter!

Look, we get it. Low blood sugar makes people do crazy things sometimes. You don’t want to be around anyone here at the Geekosystem office if we haven’t had our afternoon snacks and juice boxes. Things can turn pretty ugly. But we’d never think of taking anyone in the office hostage just because we needed a slice. Ok, well, we would think about it, but we would never actually do it. Mostly because there’s a pretty respectable pie available right downstairs. What we’re getting at is we know that feel, bro.

The hostage taker, said to be a man of about 30 and not, to our surprise, the horrible pizza demon known as The Noid, released his captives after a couple of hours of negotiations that resulted in the delivery of a pizza and a Sprite. Because man, sometimes that’s really all it takes to realize that you’ve made a huge mistake, though ideally once you realize that, you don’t still have hostages at gunpoint and police on the other side of the door. After the hostages were released unharmed, the suspect was detained by Russian police.

For our part, we hope that pizza was pretty good, because we can’t imagine it’s on the menu very often in Russian prisons. And even if it is, it’s probably that awful stuff from your elementary school cafeteria.