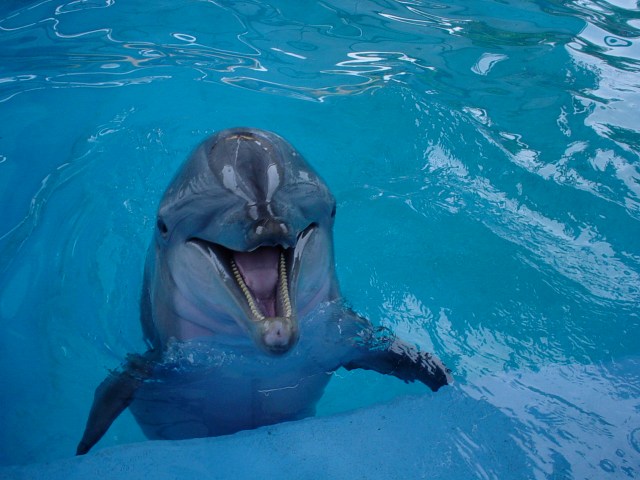 Ukraine had planned on disbanding the dolphin unit after decades of service, but when Crimea sided with Russia they took the dolphins with them. The Russian navy now plans to redirect the unit for Russian interests.

What exactly do dolphin soldiers do — besides make me never want to go swimming again ever? They’re trained to patrol the water for items of military interest and either attack them or mark them bouys. They’re also trained to attack enemy scuba divers who may be trying to slip past undetected.

Don’t worry, though. The U.S. Navy has dolphins of their own under the Marine Mammal Program, and the navy is developing a laser weapon so… laser dolphins?

(via Mediaite, image via Jeremy Roof)