Russia May Ban Beauty and the Beast For “Gay Propaganda” 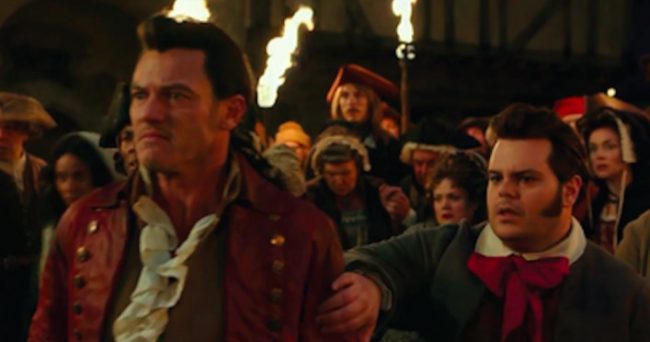 Hot on the heels of an Alabama theater cancelling its screenings of Disney’s live-action Beauty and the Beast because LeFou was revealed to be gay, Russia is ready to pull some similar nonsense. According to the BBC, Russian MP Vitaly Milonov has urged Vladimir Medinsky, the culture minister, to screen the film for “elements of propaganda of homosexuality” and “take measures to totally ban” it if so.

Medinsky said, “As soon as we get a copy of the film with relevant paperwork for distribution, we will consider it according to the law.”

In 2013, Russia passed legislation that outlawed the dissemination of “propaganda of non-traditional sexual relations among minors.” Used to fine and jail protesters, journalists, and LGBTQ activists, this legislation has been condemned by groups like Amnesty International as an assault on the freedom of expression. (Milonov wrote the St. Petersburg law on which this national legislation was based.)

Though he has since said “it’s all been overblown,” Beauty and the Beast director Bill Condon told Attitude magazine that LeFou is “somebody who on one day wants to be Gaston and on another day wants to kiss Gaston. He’s confused about what he wants. It’s somebody who’s just realizing that he has these feelings.”

He then continued: “It is a nice, exclusively gay moment in a Disney movie.”

However, in a follow-up interview, Condon told ScreenCrush, “Oh, God. Can I just tell you? It’s all been overblown. Because it’s just this — it’s part of just what we had fun with.”

While we at TMS have our reservations about the queer “representation” of a comic relief character who’s lusting after an uber-masculine straight man, these outsized reactions suddenly have me defending Disney’s right to put such a likely problematic depiction on screen. I’d prefer to spend my time advocating for queer representation I actively enjoy, rather than just arguing for the rights of LGBTQ people to, you know, exist in dignity. But since the world won’t stop attacking those rights…well, here we are, 2017.

(Via BBC, Deadline, and The Hollywood Reporter; image via Disney)