I guess we won't be their guests. 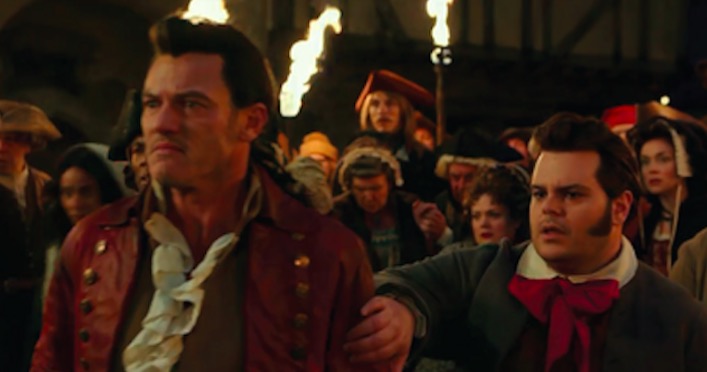 Theater owners in Alabama have canceled screenings of the live action Beauty and the Beast, because apparently Jesus and/or children can’t handle the existence of gay characters. (No, it really does not make more sense than that.)

We have our own complicated feelings about Disney’s new adaptation featuring their “first gay character,” but it should go without saying that it’s not because we find the existence of gay characters unacceptable. That’s not so for the Henagar Drive-In Theater in Alabama, where apparently love is something to be kept from small children. The theater owners wrote in a Facebook post:

It is with great sorrow that I have to tell our customers that we will not be showing Beauty and the Beast at the Henagar Drive-In when it comes out. When companies continually force their views on us we need to take a stand. We all make choices and I am making mine. For those that do not know Beauty and the Beast is “premiering” their first homosexual character. The producer also says at the end of the movie “there will be a surprise for same-sex couples”. If we can not take our 11 year old grand daughter and 8 year old grandson to see a movie we have no business watching it. If I can’t sit through a movie with God or Jesus sitting by me then we have no business showing it.

The owners also mentioned that they understand that some people will feel differently about this (hello!), and that suits them just fine. It also apparently suits Facebook users just fine to throw some one-star reviews their way, leave them Bible passages about not judging others (and caution them about picking and choosing which parts of the Bible to stick to), and explain that the rest of their movie lineup doesn’t fit their stated values, although the owners did also mention that some things had been scheduled before they recently took over.

They certainly are free to show and not show whatever movies they want at their theater, but the idea that children need to be shielded from people loving each other just because they’re the same gender is absurd. The worst thing that can come of it is children becoming more accepting of others. How awful. It’s also ridiculous to claim Disney is forcing their views on anyone. It’s not a “view” that LGBTQIA people exist in the world; they do, and showing them in a movie doesn’t have to change your opinion of them. You can keep right on being hateful if you’re so committed to it.

(via Mediaite, image via Disney)