There is An Alternate Universe Where Russell Crowe is Wolverine 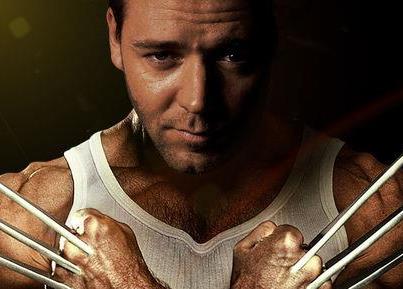 Am I writing this post specifically to make Les Miserables jokes?

Think back, ladies and gentlemen. Think back to the days before a bit of gel and a particular brand of facial hair turned the relatively unknown theater and television actor Hugh Jackman, whose last credit was a movie production of Oklahoma!, into everybody’s favorite surly X-Man, Wolverine. You know, when it actually didn’t seem like he suited the role at all and we were all kind of unsure about it.

Well imagine instead that Wolverine wasn’t played by Jean Val Jean, taking in homeless and traumatized little girls who can kill you with a touch (or just by singing Castle on a Cloud at you too many times), but that he was played by Javert, holder of grudges and kicker of puppies. Hugh Jackman says it is so, he told an Australian radio station about it recently:

Bryan Singer asked Rusty [Crowe] to do Wolverine, and he said, ‘Nah mate I’ve just done ‘Gladiator’, it’s not for me but you should look at this guy…

I think Ye Rusty Crowe was a tavern in my last D&D game.