Do Not Ever Speak of 'My Cousin Vinny' Again, Rudy Giuliani | The Mary Sue

Do Not Ever Speak of My Cousin Vinny Again, Rudy Giuliani 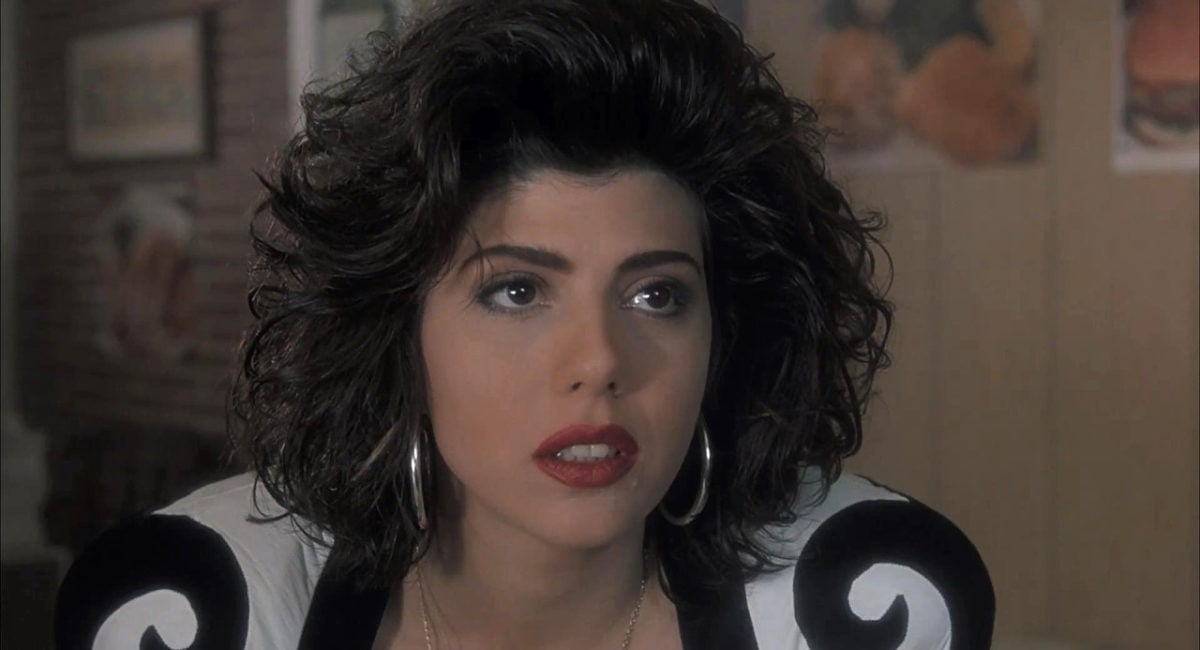 I would like to erase Rudy Giuliani from the Italian-American conversation. We do not claim him, we do not like him, and yesterday, he did something that should be considered a cardinal sin: a terrible Joe Pesci impression while incorrectly quoting My Cousin Vinny.

I love Mona Lisa Vito. I grew up wanting to wear her colorful outfits and use a disposable camera at will. So listening to Rudy Giuliani butcher lines from a movie that brings me such joy made me see red. To be fair, any time Rudy opens his mouth, I’m angry, but this was a personal attack.

The reference came from the same press conference where Giuliani was melting right before our eyes.

Rudy: Did you all see My Cousin Vinny? pic.twitter.com/SVwMNiIysi

First of all, his name is not “My Cousin Vinny.” His name is Vinny Gambini, and the entire point of the movie is that he doesn’t really know what the hell he’s doing and he’s lucky he has someone like Mona Lisa Vito in his life to back him up. (I said WHAT I SAID.)

But second (and most important), the moment he’s referencing is when Vinny realizes that the “star” witness can’t see and needs glasses. So, he measures out how far away the shooting at the gas station was from her house and if she could see how many fingers he has up. So I guess Rudy Giuliani just … forgot that bit of the movie? Or did it not fit the ridiculous narrative he was trying to spin after looking into the Ark of the Covenant?

Now, my own personal hero and the woman I want to be when I grow up, Marisa Tomei, had this to say about it all:

As if people weren’t making fun of Rudy Giuliani enough, according to The Hollywood Reporter, even director Jonathan Lynn is making fun of the former mayor of New York City. “I regard Giuliani’s praise of My Cousin Vinny as generous from the man who is currently giving the Comedy Performance of the Year,” Lynn told the publication, and honestly, someone please record Giuliani’s reaction to being dragged this much.

It’s just that he fundamentally misunderstood the scene he was referencing, and most everyone who does love My Cousin Vinny … does not love Rudy Giuliani. Will Marisa Tomei posting a gif of herself as Mona Lisa Vito rolling her eyes sustain me for the rest of 2020? Probably, and so I guess I’m thankful to Rudy Giuliani for being a complete idiot about things so that I can have this one small joy.

Next time, leave Vinny Gambini’s name OUT ya mouth, Rudy. You’re not welcome here, and you never will be.