Roy Moore Says “The Battle Rages On,” Which Is Fine, Cause It Means We Can Keep Dunking on Him 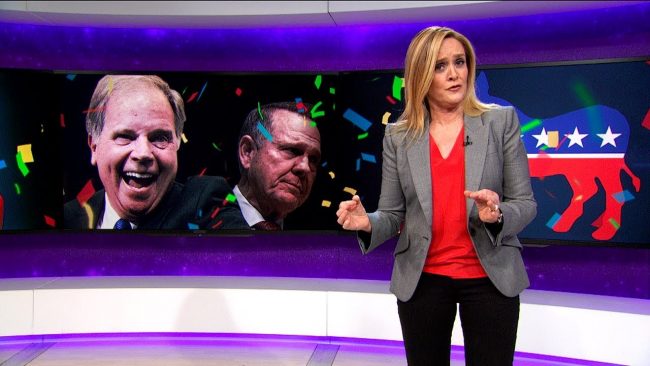 Despite losing by WAY more than a recount-worthy margin, alleged child molester and definitive loser in life and elections, Roy Moore has refused to concede the Alabama Senate seat to Doug Jones. Instead, he’s framing his loss as a religious crusade (condemning “abortion, sodomy and materialism,” the latter of which is especially ironic for someone who reportedly spent so much time hanging out in malls) and declaring “the battle rages on.”

All of this is just an unending sigh. Moore isn’t going to weasel his way into the Senate. He’s just being a narcissistic dick. Which is fine, I guess, because then we get the option of ignoring him or mercilessly mocking him. We no longer have to actually fear him.

Because her show is weekly, Samantha Bee is now responding to the election. And because she’s Samantha Bee, her commentary is A+++++++.

Post-election, we get to dunk not just on Roy Moore, but on everyone who thought the women who spoke out against him were lying. Don’t get me wrong, it is still incredibly upsetting to hear people say they think women would lie for money. (What money, by the way? Who is fronting that payroll?) But at least we can watch them and know they are not just terrible, but terrible losers.

Also, just in case you somehow missed it, please, please, please, at the very least, watch from the 4:20 mark to see Roy Moore’s spokesman power down and reboot while he learns, on air, that specifically Christian values aren’t required for elected officials.

You know what? If Roy Moore’s refusal to concede gets us more moments like that, I’m fine with it.