JK Rowling to Testify in the UK Phone Hacking Inquiry 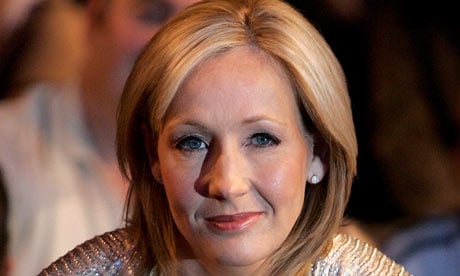 JK Rowling is one of 46 celebrities named as a “core participant” in the inquiry into the phone hacking scandal that put one British tabloid out of business and uncovered even more unethical behavior on the part of the press in the UK. Known for fiercely guarding her own privacy, Rowling had previously won the right to ban the press from publishing pictures of her children and will surely have a few things to say to London’s Royal Courts of Justice.

Back in May 2008, Rowling’s young son, David, was photographed by the tabloid Sunday Express, which then ran pictures of him (he was less than two years old at the time), much to the displeasure of his mother, who keeps her private life very private. After initially losing the judgement, Rowling won on an appeal, saying that while she expects the media to show a lot of interest in her own professional activities after the success of Harry Potter, she has the right to protect her children from unwanted exposure.

And now, even worse cases of tabloid intrusion have taken place after it was revealed that employees of Rupert Murdoch‘s now-defunct News of the World hacked into the phone of a 13-year-old murder victim, Milly Dowler. While Dowler was still missing, the employees deleted some of her older voicemails, leading authorities — and her parents — to believe that she might still be alive. In a nutshell, the tabloid tampered with evidence. But then, Hugh Grant said this kind of activity wasn’t anything new, that he’d actually recorded another reporter saying that he’d done the same thing. And that opened up a whole can of worms. A can of worms that included several public figures claiming to have been hacked by News Corp. employees, such as the Royal Family.

Rowling will be presenting her first-hand experience with Britain’s tabloid press along with Grant, Sienna Miller, the family of Milly Dowler, and Calum Best.